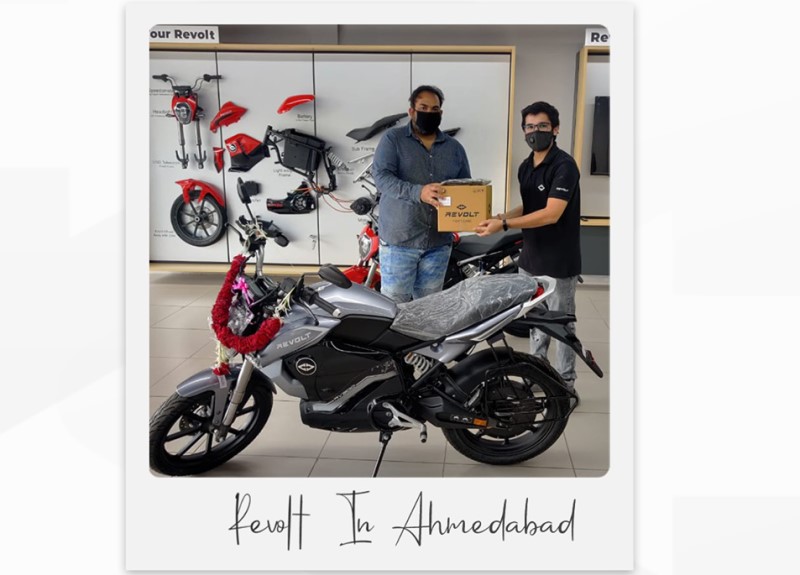 Revolt motorcycle deliveries in two cities have commenced after the COVID-19 led disruption. Fresh bookings are open in five cities.

In line with the Indian government’s vision, the number of electric vehicle manufacturers is increasing day-by-day. While most of these makers produce or sell electric scooters, there is only one major manufacturer (Revolt Motors) in India, that makes/sells high-speed electric motorcycles at the moment.

Last year, Revolt launched two electric motorcycles in India named RV300 and RV400. Bookings and deliveries were underway in Pune and Delhi. Later, Revolt expanded to other cities, opened bookings but deliveries to these new cities were delayed due to the COVID-19 pandemic. However, in a latest update shared by the company on its social channels, it has has started delivering the first batch of its motorcycle in Chennai and Ahmadabad.

Fresh bookings are also underway for Delhi, Pune, Ahmadabad, Chennai and Hyderabad according to the official website.

What Happens if You DO NOT Pay Revolt’s Instalment?

Interesting features of Revolt motorcycles include AI technology and response to voice commands, they can make artificial sounds (to replicate IC Engine noise), have removable battery packs, etc. Revolt claims that RV400 has a maximum speed of 85 km/h along with three riding modes – Eco, City, and Sport.

Next Revolt to be a CAFE Racer: Render Image Emerges [Update]

Revolt also claims a certified range of 156 km on one single charge in Eco mode. However, if you ride the bike in city mode, the bike is expected to return a range of 80-90 km. The range further reduces in sport mode, depending on various factors like terrain, riding style, etc.