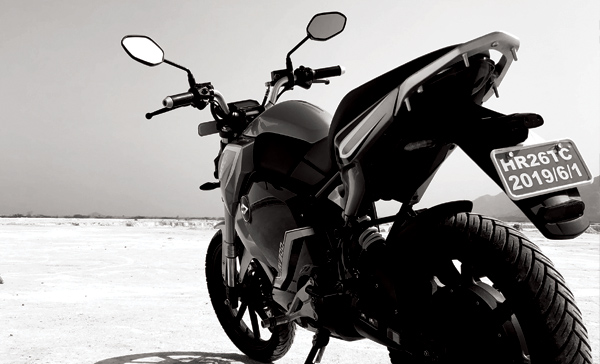 Revolt motorcycle bookings for November-December batch are now open – if you wanted it earlier you have missed the bus!

Micromax founder Rahul Sharma’s next venture is Revolt Intellicorp – a company which is making electric motorcycles in India. It launched two motorcycles RV400 (details) and RV300 (details) late last month and shook the nation with a pricing strategy never seen before.

Instead of charging a one time money, Revolt has priced its motorcycles on Monthly Instalment basis which means you have to pay anywhere between Rs 2999 to Rs 3999 per month for a period of 37 months (depending upon the model you chose) to own these nimble little machines. But the interesting bit is that this is no lease system, no rental – you pay the first instalment and the motorcycle is yours (it will be registered under your name) – brilliant strategy we say!

This is apart from the host of very innovative features the motorcycles come equipped with including the relatively high range of upto 185 km, top speed of upto 85 km/h, on-board charging, battery swap, geo-fencing etc.

As a result of the clever strategy Revolt informs that it is sold out for the month of September and October. It is not taking bookings for these two months, however, it has commenced pre-bookings for deliveries commencing in November and December batch now.

Next Revolt to be a CAFE Racer; Teased

Revolt commenced production of its motorcycles at its Manesar plant few weeks before the official launch date. It informs that its motorcycles are 70 percent localised and are currently available only in Pune and Delhi for now. However, Revolt intends to quickly expand to other cities of Chennai, Mumbai, Hyderabad and Bangalore.