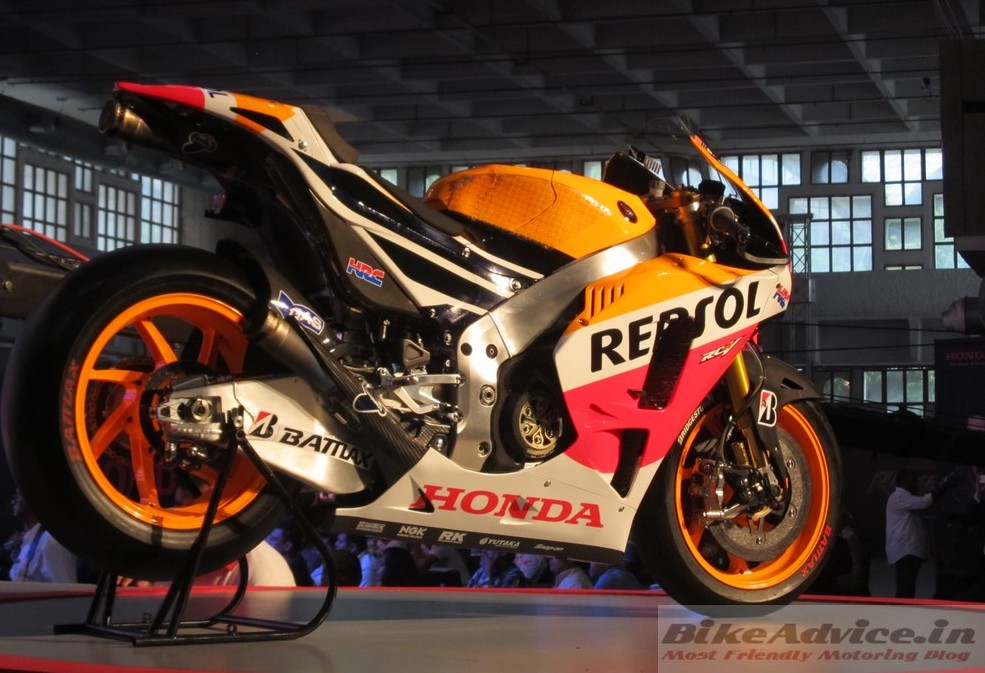 Honda’s RevFest was an event promoted by the company as a motorcycle-only extravaganza! Apart from the launch of CBR650F, unveiling of Hornet 160R and the new cosmetically-bettered CBR150R and CBR250R twins, Honda spruced up the podium with their RC213V, the very bike on which they won the 2014 Moto GP championship! The company has been winning the title since 2013. Although they are struggling a litte this year, they seem to be coming back to their pace with time.

RC213V’s liquid cooled V4 engine displaces 999 cc and churns out a maximum power output of over 175 kW, that in common language is more than 235 bhp! To give you an idea of how fast the bike can go, fascinate over the power to weight ratio as it tips the scale at just 158 kilos after a race! The diamond frame bike gets Ohlin’s suspension at the front and 16.5 inch Bridgestone slicks in the front and rear. 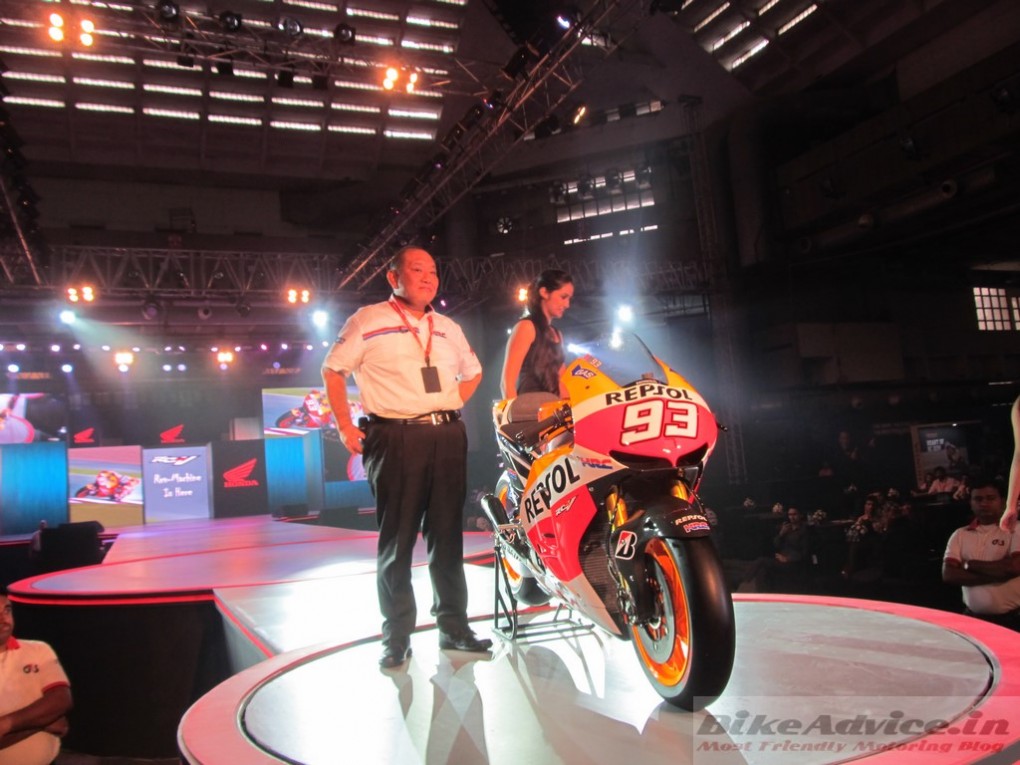 The bike has been stripped of all road going comforts and gets no head lamps, instead of which you get an angry growl on the face which lures you to climb up and smack her at a race track. Statutory Warning: But don’t just do that until your name ends with Marquez or Pedrosa. 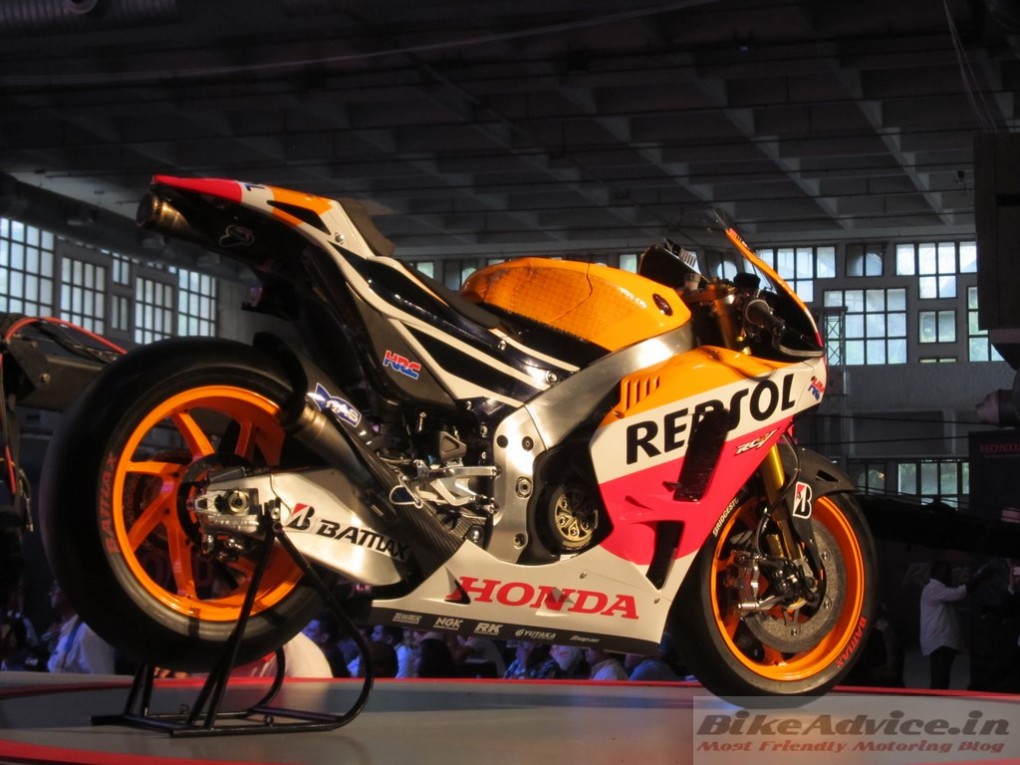 Just a few weeks back Honda also launched a road going version of the bike which they call as RC 213V-S which comes at an astronomical price tag and produces power outputs ranging from as low as 70 PS (no, we are not kidding!) to some 215 PS with a race kit, depending upon the country it is sold in (more on that here..)

At the event, a natural question was – do you have any plans to bring the RC213V-S in India (though we would never want to pay for one)? To this, Honda dismissed the word and cleared that they have NO intents to launch the RC213V-S to India, at least not anytime soon!