There has been quite an uproar in the last few days over the emergence of spyshots of a few Kawasaki bikes testing on Indonesian roads. Another string of spyshots also showed those bikes in what appeared to be a dealership floor. It has now emerged that the upcoming bike may be called as 2014 Kawasaki Ninja 250SL. 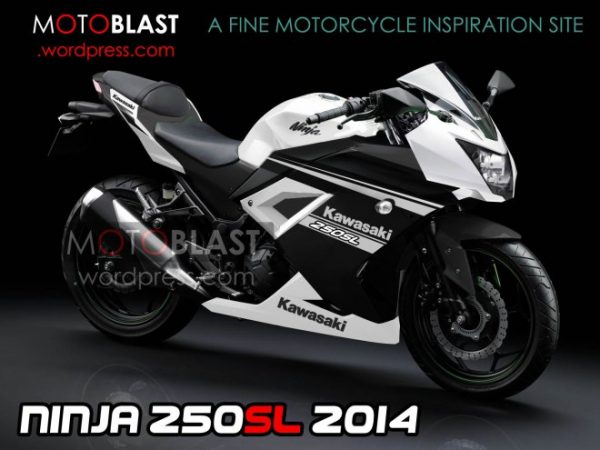 SL might have something to signify its Single Cylinder engine. And as if to emphasise the fact, the bike bears a single headlamp unit instead of the dual-unit that exists on the Ninja 300 as well as the new Ninja 250!

The Quarter-Litre Ninja has been one of the famed bikes from the line-up of Kawasaki. Arguably the best learner’s bike, it has enjoyed a position of high reverence and praise. Sometime back, the quarter-litre Ninja received an elder sibling which sported an engine with increased displacement to 300 cc. 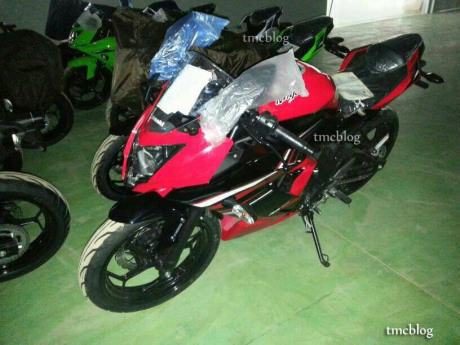 No matter how famed the Ninja is, there has always been an albatross hanging around its virtual neck! And it comes in the form of the high price tag. The price tag may not pose to be a hurdle for parents who want to buy the quarter-litre learner-class bike for their sons and daughters ( I am serious! ) but it does pinch a bit the pockets of middle class people in developing countries like India and Indonesia.

Take for example the Ninja 250 in India. It used to retail at about 3.2 lakhs on-road price and was a rare sight on our streets, thus elevating it to the status of a “Superbike” for the generic junta. Cometh the Ninja 300, and cometh the 4-lakh price tag. It added another layer of exclusivity and nicheness to an already high priced bike.

And so, high sales volumes in India remained out of the grasp of Kawasaki.

However, latest developments seem to indicate a reversal. As Kawasaki guns for more developing markets, it will like to shift its strategy accordingly.

“Pull out the parallel-twin motor, and plonk a cheaper single cylinder instead!” – This is what was probably on the minds of Kawasaki’s boffins.

The lower price will allow for more volumes, and therefore better chance at higher margins. The twin-cylinder Ninja 250 as well as the Ninja 300 will continue to share showroom space with these new single-cylinder siblings. This also falls in sync with Kawasaki’s recent hammer-and-tongs strategy with the Indian market. In a matter of few months, they have ushered in the big guns namely ZX-14R, ZX-10R, Ninja 1000 and the Z1000 as well. Reports suggest that the next one in line is the Z800, possibly followed by the Versys 1000 and the ER-6N as well. The trend shows a shift towards the lower-capacity, higher-volume segment of the market. 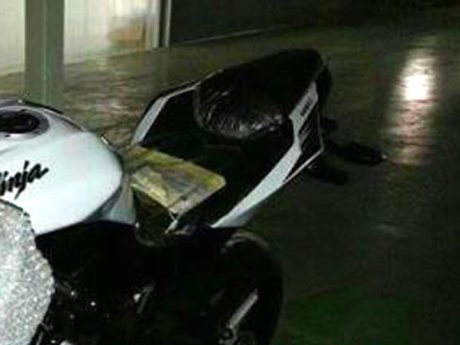 Who knows if Kawasaki’s blitzkrieg might end up with the introduction of the Ninja 250SL in India?? The specifications are hazy at the moment, but what it will be gunning for will be the CBR250R and other single cylinders. What we can see is that bike does resemble the Ninja 300 from certain angles but the front. It will also have a trellis frame providing the much-needed strength and stability.

We are keeping a close eye and hope that things will get clear soon. So, who all are waiting for a lower-priced single-cylinder Ninja?? I, for example, am won over already.