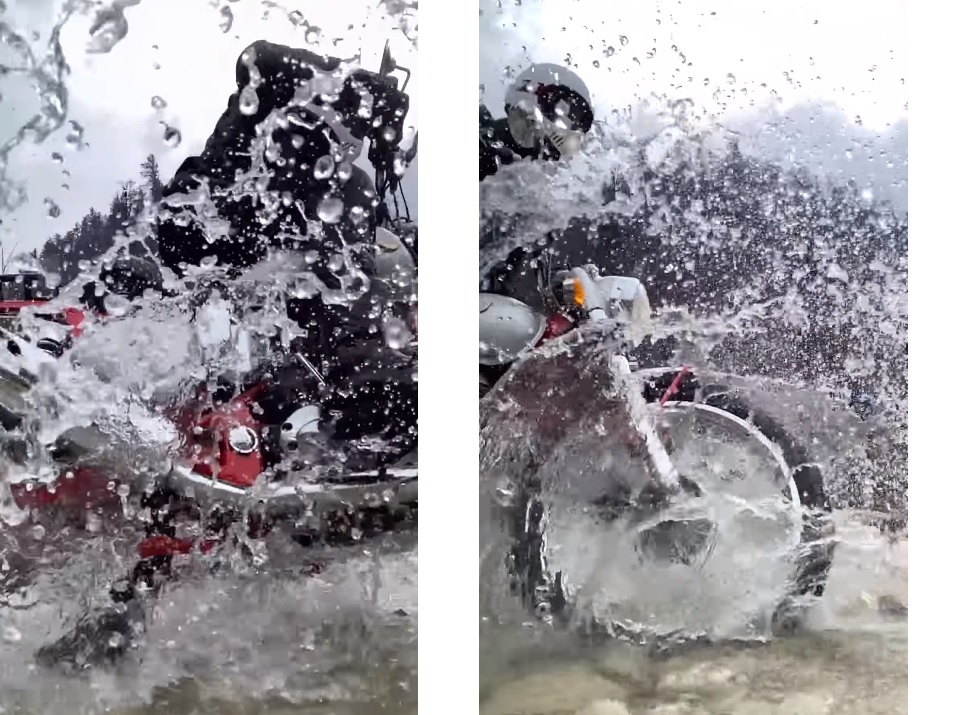 RE Trials launch date towards the end of this month. Do answer the question we have asked at the end…

Royal Enfield is actually going ahead with their plans of launching the Bullet Trials motorcycles in India. This gets revealed by the teaser that has surfaced online (teaser video at the end). It features one of the Trials, possibly the 350, doing some acrobats on a watery surface.

Basically, in their pursuit of resurrecting older brand names, the latest will be the ‘Trials’ tag, motorcycles under which were sold back around the 1950s. And the end product, this time looks very crude. The new-gen Trials will absolutely be the same Bullets with minor cosmetic differences, under a new tag.

According to the spy pics that have surfaced so far, most of the panels have been lifted from the Bullets and the frames have been contrast painted, which look hideous! That upswept exhaust doesn’t gel with the overall design of the motorcycle. The fenders have been shortened, the handlebar has been raised a wee bit and chances are that these Trials may be pushed as single seater motorcycles. To promote this confused entity, Royal Enfield is lending it knobby tyres.

The teaser video has also revealed the official launch date of the motorcycle. RE Trials will be launched in Pune on 26-27 March. As always, for the part swapping Royal Enfield is expected to charge a minor premium. And without any iota of doubt expect both the Trails – 350 and 500, to come with the same engines producing the same outputs as the respective Bullets!

650 Twins Waiting Rises to 6 Months: RE to Double Production

As we have said earlier, the Thunderbird X has worked for the brand but is it getting a little too much of ‘exactly-same-bikes-under-slightly-different-panels‘?