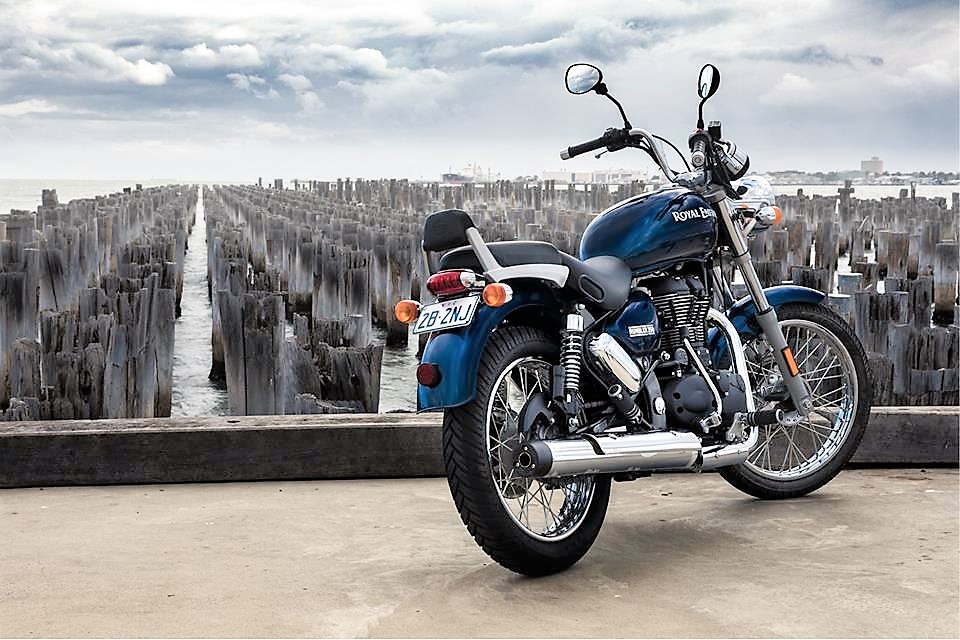 Royal Enfield, which is facing flak for its quality in India, has set special interests in international markets. They have launched Rumbler 350 in Australia. Rumbler 350 is nothing but our Thunderbird and there appear to be no significant changes to the Australia-spec motorcycle.

RE already sells the Himalayan, Continental GT, Bullet 500 and the Clasic 350 and 500 in Australia. They have also announced the launch of the 650 Twins in that market. Rumbler 350 continues to be powered by the same 346 cc single cylinder engine which pumps out 19.8 bhp of peak power at 5250 rpm and 28 Nm of max torque at 4000 rpm.

Apart from a hefty weight of 192 kg, Rumbler 350 can hold impressive 20 liters of fuel, lending it a longer range on every tankful. It also comes with a 280 mm disc at the front and 240 mm disc at the rear. 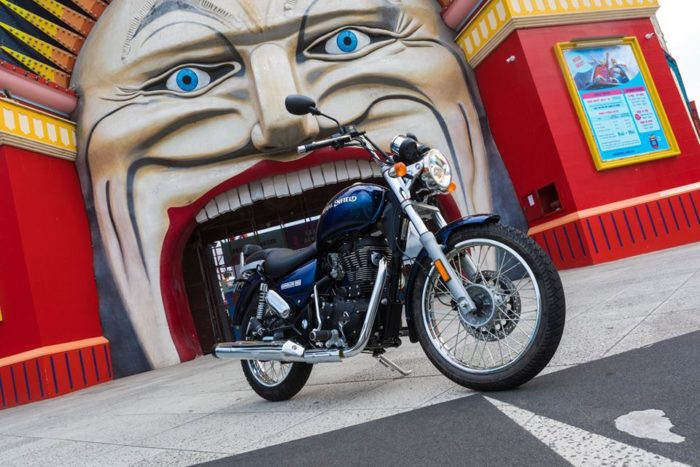 Rumbler 350 has been priced at 6790 AUD which is roughly 3.4 Lakhs in INR. The motorcycle has also been introduced in New Zealand at NZ $6790 (about 3.2 Lakh INR). RE is offering 24 month warranty and roadside assistance. 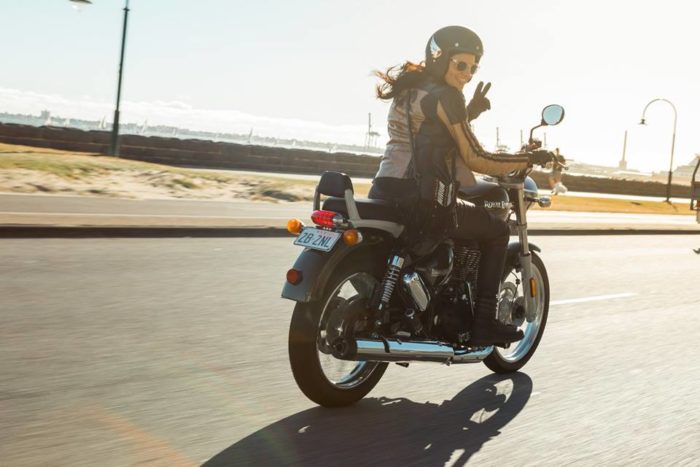 Among the changes with the India-spec version, Rumbler gets a 14 Ah battery (Indian-version comes with an 8 Ah battery), 5 mm additional ground clearance (140 mm vs 135 mm) and weighs 3 kg less (192 kg vs 195 kg). Apart from this, in India we get the motorcycle in five colours – Stone, Marine, Lightening, Flicker and Asphalt. Australia gets only the Stone, Lightening and Marine colours.

The name change is probably due to some trademark related issues because all other RE motorcycles in Australia carry over the original name.

Recently, RE introduced the street versions of Thunderbird dubbed as Thunderbird X. It remains to be seen when will Australia get these models.