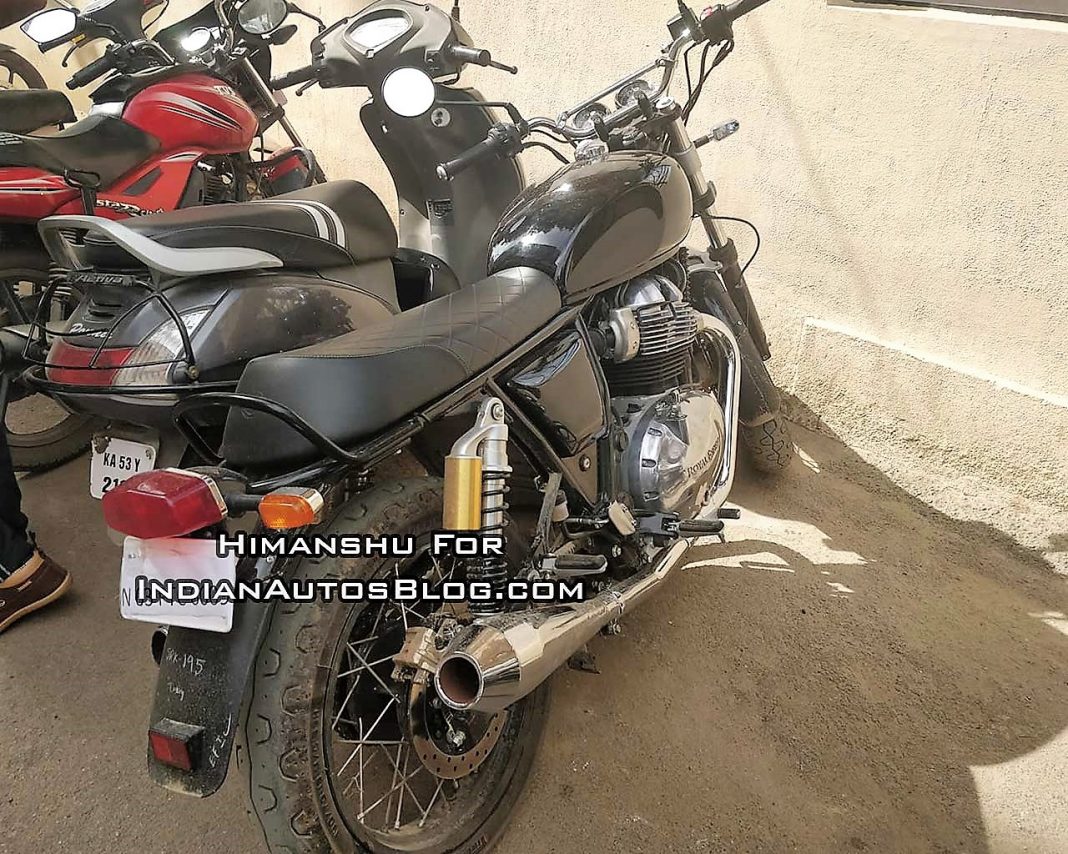 Interceptor 650 launch in India has been delayed but we are now inching closer to their introduction. New spy pics have surfaced…

Royal Enfield has ventured into a new realm with the introduction of their new 650 cc twin cylinder engine which was unveiled at last EICMA. It will power many upcoming motorcycles. The first two bikes to be propelled by this motor will be the Continental GT 650 and the more interesting Interceptor 650.

We already know about their specs and details but when is Royal Enfield planning to launch them in India and other markets?

At the official unveiling Siddharth Lal, head of Royal Enfield, officially announced that both the 650 twins will go to the European market first before making their entry into India. Siddharth elaborated that they were in the last stages of getting these bikes into production. 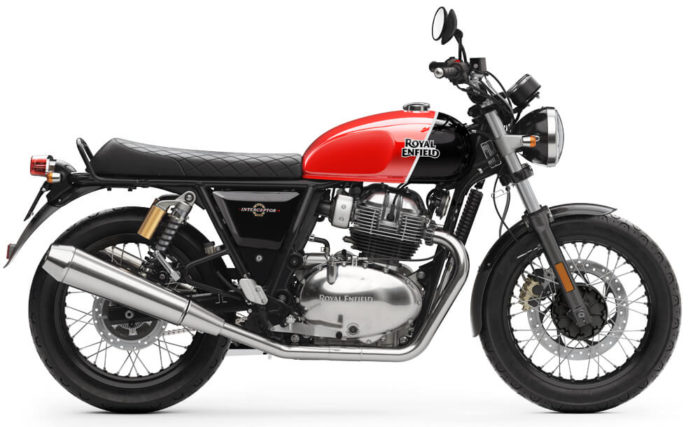 According to their original plan, initially they were to serve the European market and once they start building as many bikes as they need for the domestic market they will launch them in India. They had targeted April 2018 for India but this launch deadline has slipped.

In a recent word to Money Control, Siddhartha Lal, CEO and MD of Royal Enfield said that they are sorting ramping up issues and he also hinted that domestic as well as the international launch could be around the same time period. He went onto officially reveal the timelines. According to him, bookings for the 650s will begin in November this year and deliveries to commence after that.

He also added that due to capacity constraints they will initially only build very limited number of motorcycles. Only by March 2019, they will be able to match the perceived demand for the twins.

“Bookings of the two bikes to start in November and deliveries after that. Media drives to happen in California in September. The launch will happen in India and rest of the world”

Actually, RE appears to have learnt the lesson from Himalayan. They are not launching a half-baked product and that could be the reason why they will deliver limited numbers in the market initially – to keep a tab on the issues cropping up from the first few batches.

RE – take your time, don’t hurry up on the products – we just do not want a Himalayan-like quality debacle! 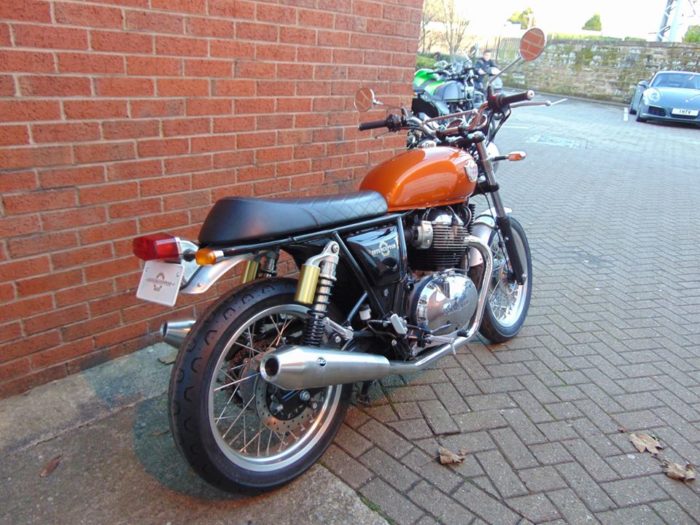 Meanwhile, the motorcycles continue testing and have been spotted multiple times on various locations. Here is a latest spotting by Himanshu Reddy, an Indian Autos Blog reader from Bangalore. 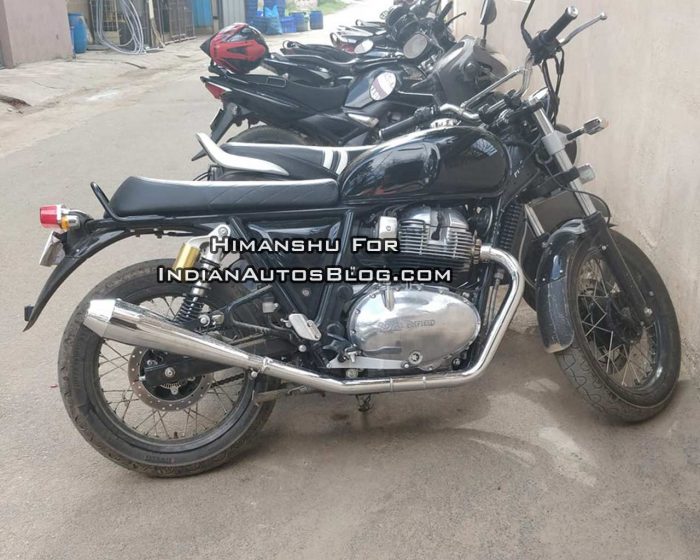 The following spy video was shot by Keralite Roshan in Chennai. In this video both the twins can be seen traversing the streets. It also gives a good perspective of the seating posture of both the versions.

The following pic (credit: Team-BHP) was taken on the Chennai-Calcutta NH5. It is running on black exhausts but the production version has been showcased with chrome-wrapped canisters. 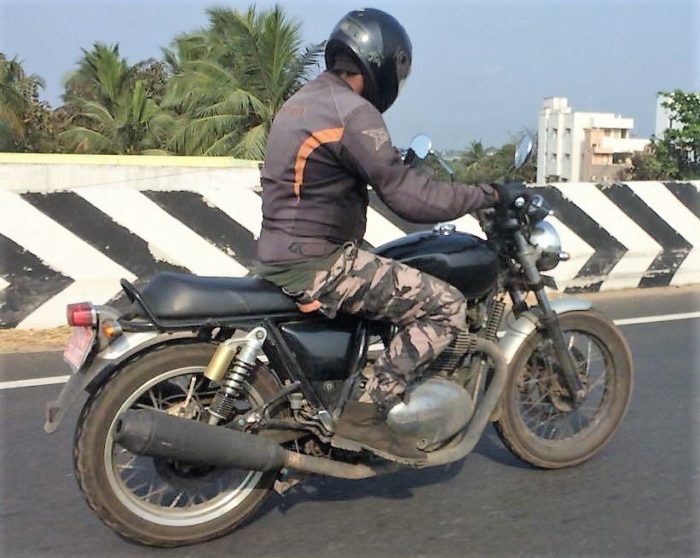 Interestingly, Revelry Cycles, an international Royal Enfield dealer has shared pics of these twins in colours never revealed before – the Interceptor gets a white/red theme whereas… 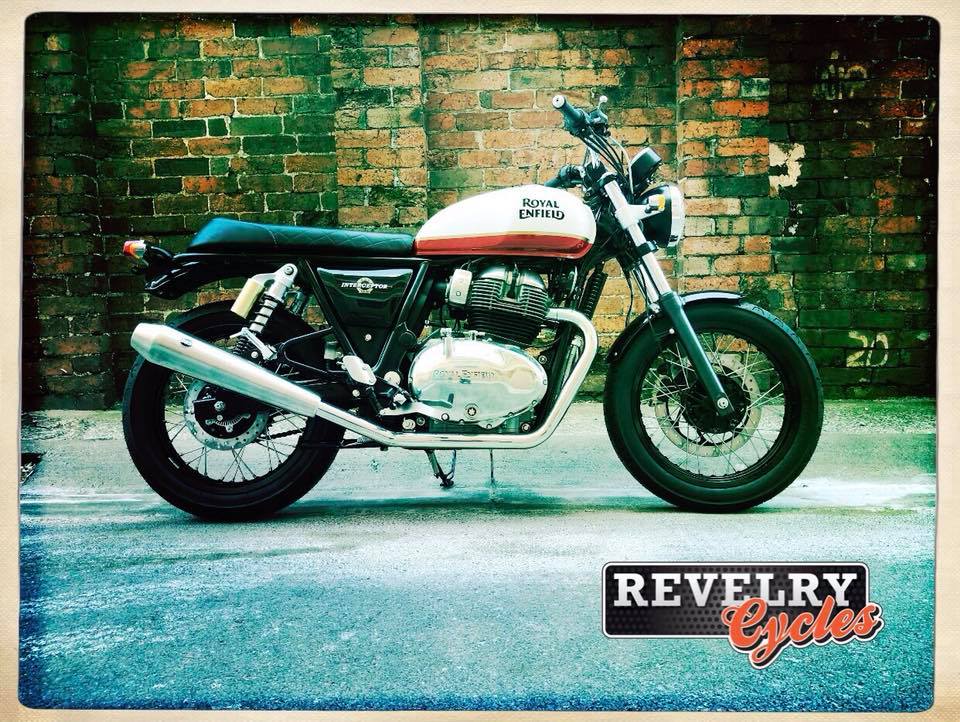 …the CGT is adorning a black/grey colour scheme. 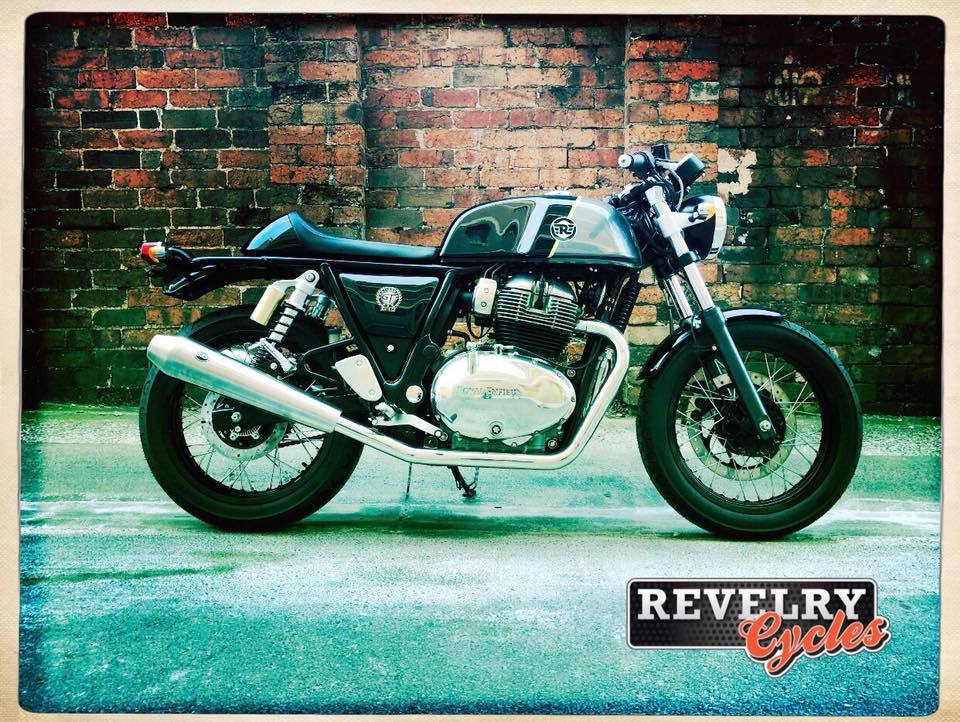 It appears that there will be more colours on offer than what RE has told us so far.

Royal Enfield has announced that it will be a single spec motorcycle which will be sold across the world. Obviously there will be minor changes with respect to the various geography guidelines but by and large they will be very similar. 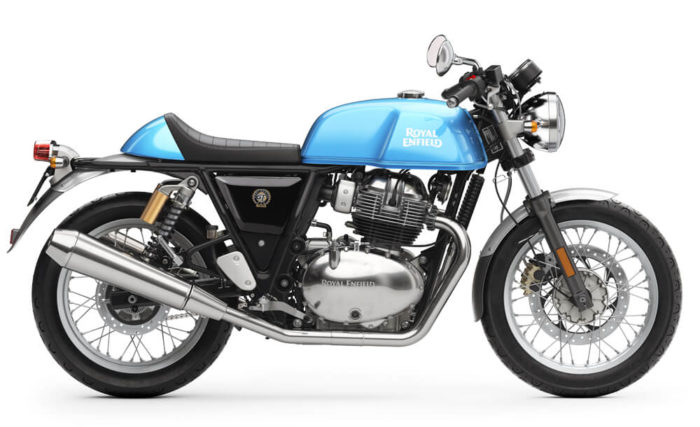 There is nothing that Siddharth Lal revealed during the unveiling but he did say that “you will be positively surprised” when asked about the expected price of these twins.

Since they will be twin cylinder motorcycle they won’t come cheap for sure. And considering that the single cylinder Continental GT 535 was sold at around 2.15-2.20 lakh on road in India, something around Rs 2.99 Lakh (ex-showroom) is a good start point.