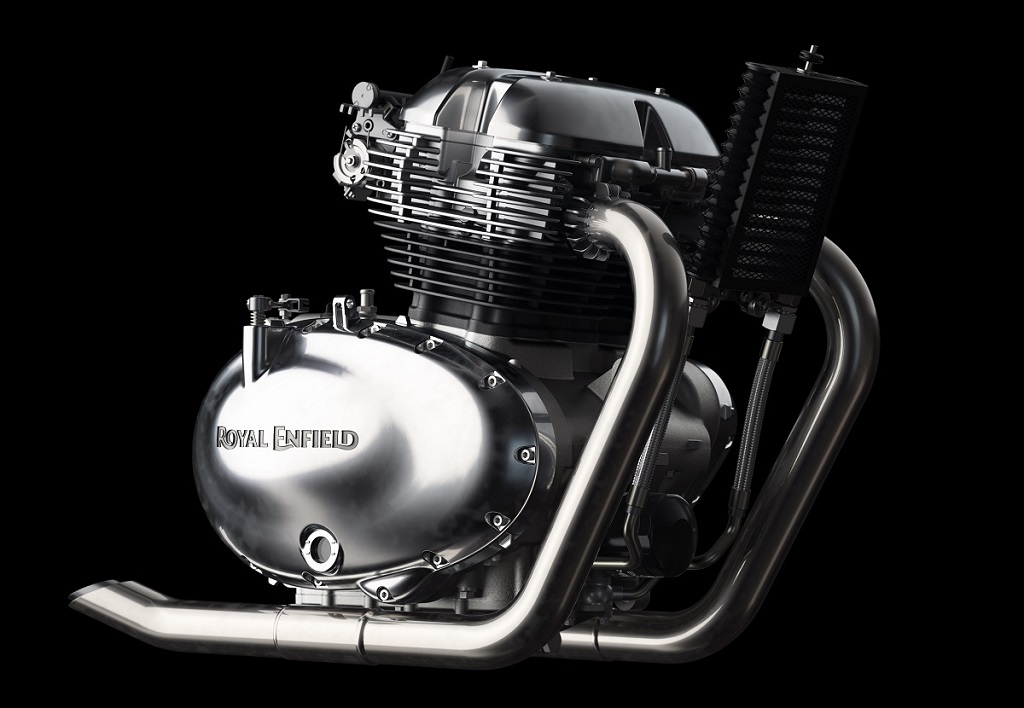 Royal Enfield 650 twin is here…! Will power many new motorcycles including the bigger Himalayan…

Everybody expected it to be a 750, however, just ahead of EICMA, Royal Enfield officially unveiled its much-anticipated motor which displaces 650 cc instead (648 to be precise)! The new engine was revealed at RE’s Technology Center in Leicestershire, England. This is the second (almost) all-new engine after the infamous Himalayan’s 410 cc motor.

This 650 is a part of the global platform that the motorcycle manufacturer intends to develop. The 648 cc parallel twin engine produces 47 bhp of peak power at 7100 rpm and 52 Nm of maximum torque at  now at 5200 rpm (more details). It is fuel injected and SOHC (Single Overhead cam – no push rods) and has a bore and stroke of 78 mm and 67.8 mm respectively and will be mated to a 6-speed gearbox. The company says it is a refined engine, highway capable and will make the ride experience smooth.

It continues with air-cooling and the crankshaft uses a 270 degree firing order. Royal Enfield informs that they have rigorously tested the engine for road worthiness across various platforms. 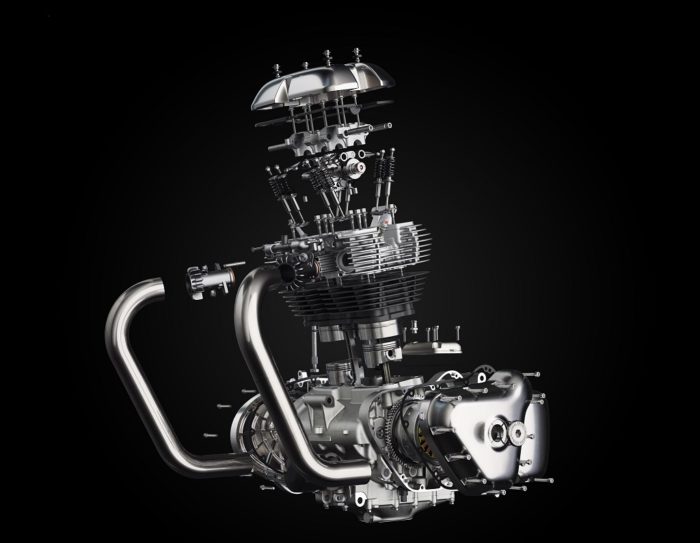 Quite naturally, like its other engines, this 650 twin will power company’s upcoming mid capacity motorcycles. RE has already two motorcycles that will be powered by this engine – Continental GT 650 cafe racer and Interceptor 650 retro classic. Details and pics of both these motorcycles can be found here.

Specially the Interceptor is a gorgeous looking motorcycle and has that classic appeal of the Triumph Bonneville, obviously at budget prices. Expect to see this motor in action in India towards the end of this year. With this, Royal Enfield has opened a new chapter of its global growth…