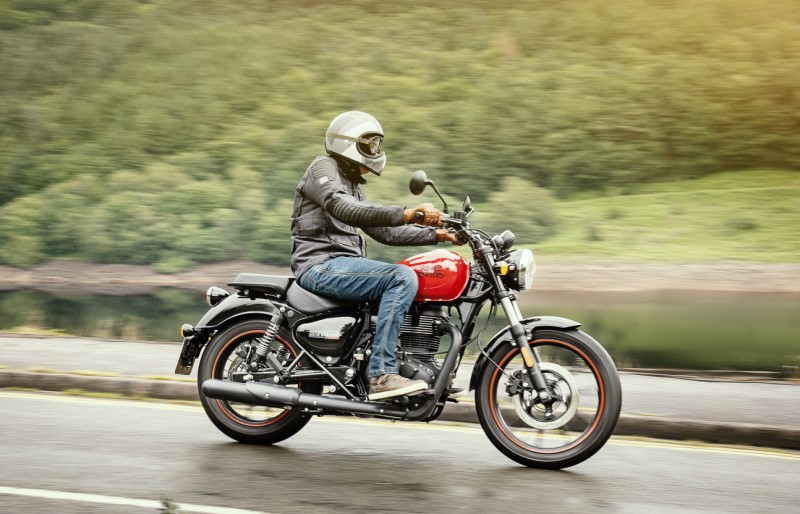 RE Meteor 350 deliveries will commence from most of the 560 dealerships the company has dispatched the cruiser to. Bookings can be done everywhere…

Earlier today Royal Enfield officially announced the launch of its awaited Meteor 350 which is based on an all new platform that will also spawn new generation Classic 350 and others.

Though the specs and displacement are identical to the older mill, the new engine gets a Single Overhead Camshaft – a deviation from the older pushrod motor. There are a whole lot of technical betterments along with overall refinement levels in the motorcycle.

The Chennai based maker has announced the commencement of bookings from today while deliveries will start from tomorrow onwards. Currently, Royal Enfield has made the Meteor 350 available in 560 dealerships in around 350 cities for test rides, however, bookings are available across the complete dealership chain.

The price of the Meteor starts from Rs 1.76 Lakh and goes till 1.91 Lakh for the top of the line trim – ex-showroom Chennai. You can read about the Thunderbird replacement in its launch story here.