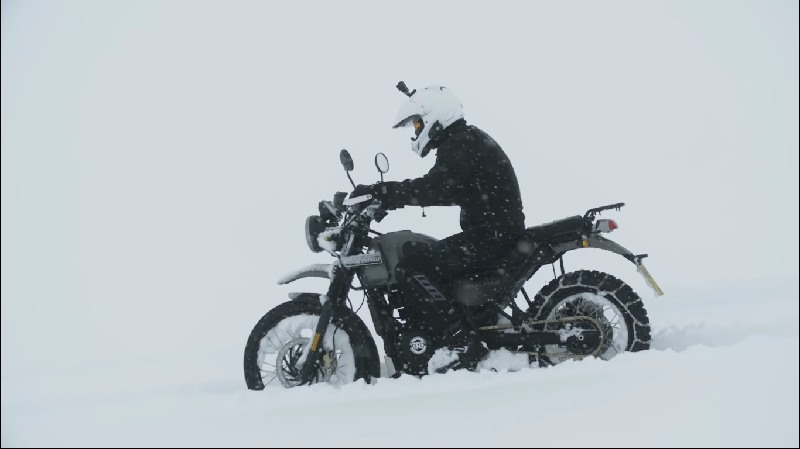 RE Himalayan ride to the South Pole will be extremely challenging as the ADV will be put to a lot of abuse. RE has made special changes for this ride…

Royal Enfield is always known for creating and pushing this culture of riding, travelling and touring. In a latest, the brand has conceptualized 90° SOUTH – Quest.

In this event, the brand will use the Royal Enfield Himalayan to attempt to reach the geographic South Pole, from the Ross Ice Shelf via the Leverett Glacier.

This program aims to showcase commitment to pure motorcycling and will try to show respect to the courage and resilience of innumerable motorcycle riders and explorers.

This ambitious attempt will be undertaken by Royal Enfield riders – Santhosh Vijay Kumar – Lead of Rides & Community of RE, and Dean Coxson – the Senior Engineer at the Product Development branch of Royal Enfield.

The biker duo will reach the geographic South Pole by traversing from the Ross Ice Shelf, through the Leverett Glacier, to the Amundsen-Scott Pole station.

For this expedition, two RE Himalayans have been modified in-house, which makes them able enough to navigate through snow and ice while functioning under extreme conditions in Antarctica.

The modified Himalayan was tested at the Langjokull glacier in Iceland, as the terrain mirrors the conditions in Antarctica. Phase 1 of testing was held in September 2020 and the second phase of testing was done in July 2021.

The modified RE Himalayan will be ridden on a compacted snow track from the Ross Ice Shelf to the South Pole. It will reduce motorcycle drag and limit emissions.

The brand follows its #LeaveEveryPlaceBetter initiative. So, the team will ensure all waste including human waste is brought back for appropriate disposal and not to pollute the native environment of the South Pole.