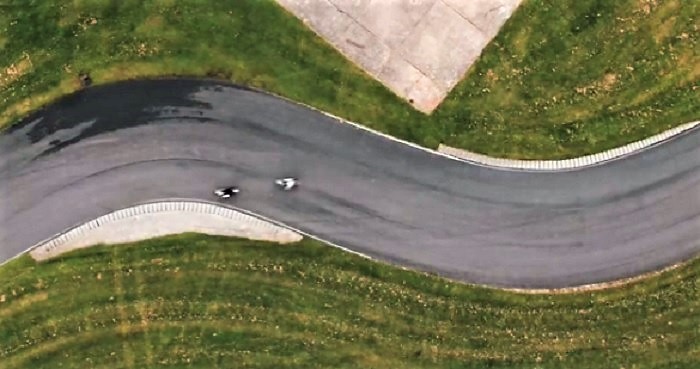 All the way uptill now we had this question – why is Royal Enfield working on a cafe racer, yet again! This is because the CGT 535 has NOT been a brisk seller and there will hardly be anything the company will gain by making a more powerful version out of it.

And clearly Royal Enfield has an ace up its sleeve! A spy pic from FB page – Behind the Handlebar, suggested that Continental GT 750 twin may NOT (just) be a cafe racer and instead they are planning to transform it into a retro classic motorcycle on similar lines of the very beautiful Triumph Bonneville.

And in a latest teaser the head of Royal Enfield Sidharth Lal has shared a video where two motorcycles are ridden on a track and the sound is amazing! If it is the original exhaust note, we are up for a treat, for sure. However, a track and Royal Enfield do not add up. Let us hope there is a surprise in line…

There is also a rumour that the motorcycle may be called as Interceptor.

There are three bikes in the pic. The clearmost motorcycle at the front appears to be the Bonneville-like retro classic which debuted in spy pics recently. It can be noticed in the older pic that the tank has a steep contour near the seat on the cafe racer version whereas the classic motorcycle has a smoother slope. Of what is visible in Rudy’s pic, this motorcycle appears to be a well-finished metallic-painted version of the retro version and a confirmation that RE is indeed planning to develop it. 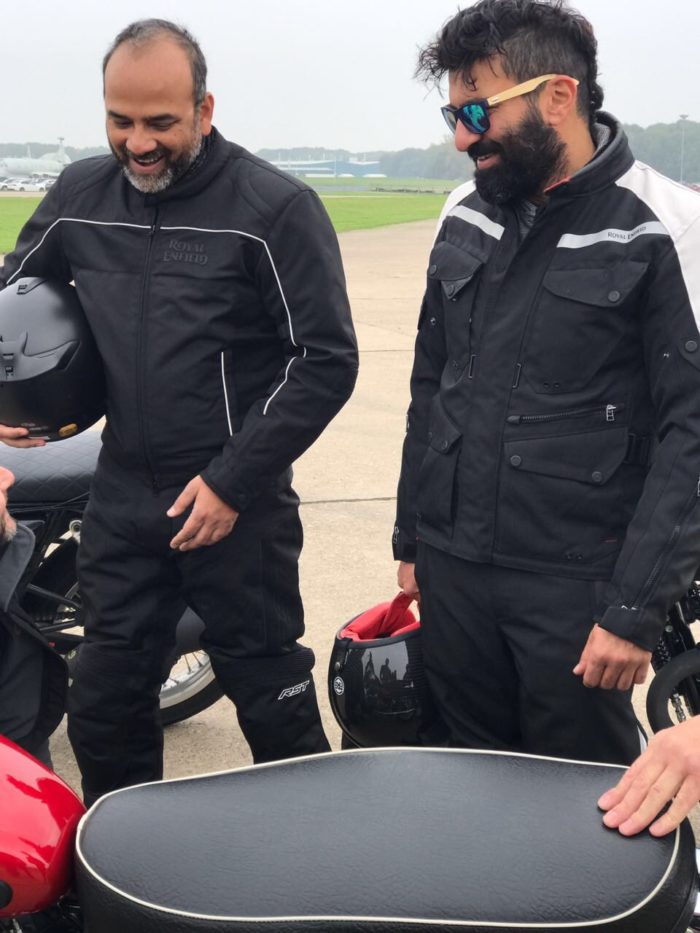 Royal Enfield Interceptor, if it will be commercially called as, has a flat seat with a white outline and Sidharth’s helmet also reflects chrome-exhaust – which are the two new revelations 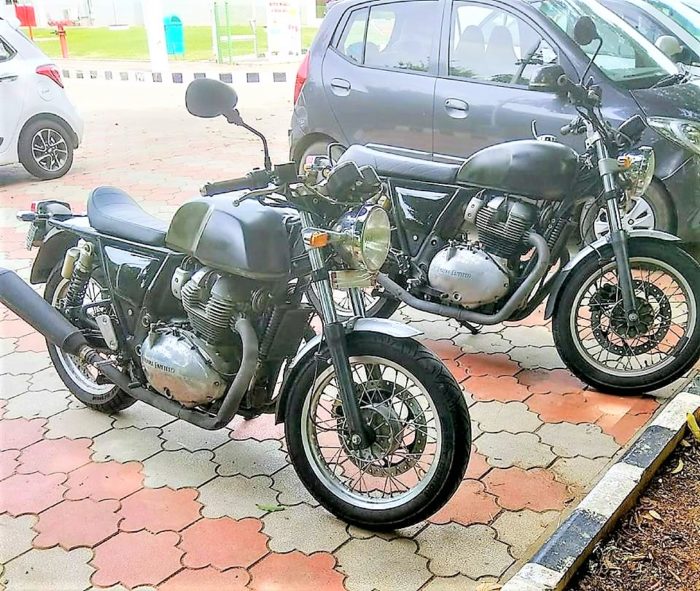 The differences between the two models are – Classic version gets an all new Bonneville-like fuel tank along with a flat seat. It also gets raised handlebar and forward-set rider foot peg. These two alterations are done to take away that aggressive forward-biased seating posture of the cafe-racer and instead, lend it a more relaxed and convenient position for lazy cruising.

And this version is what we are waiting for. Suddenly, there is a lot of interest in the motorcycle now. Imagine a Bonneville-like supremely beautiful motorcycle, with fairly decent power (relatively speaking) and at a fraction of the cost of the Triumph! And personally speaking, I believe there may NOT be a cafe racer version at all! And it may be unveiled as early as next month!

Sidharth Lal has also teased 7.11.17 which happens to be the opening day of this year’s EICMA and this is almost a confirmation that the motorcycle(s) will be unveiled at EICMA. Official launch is expected sometime early next year.