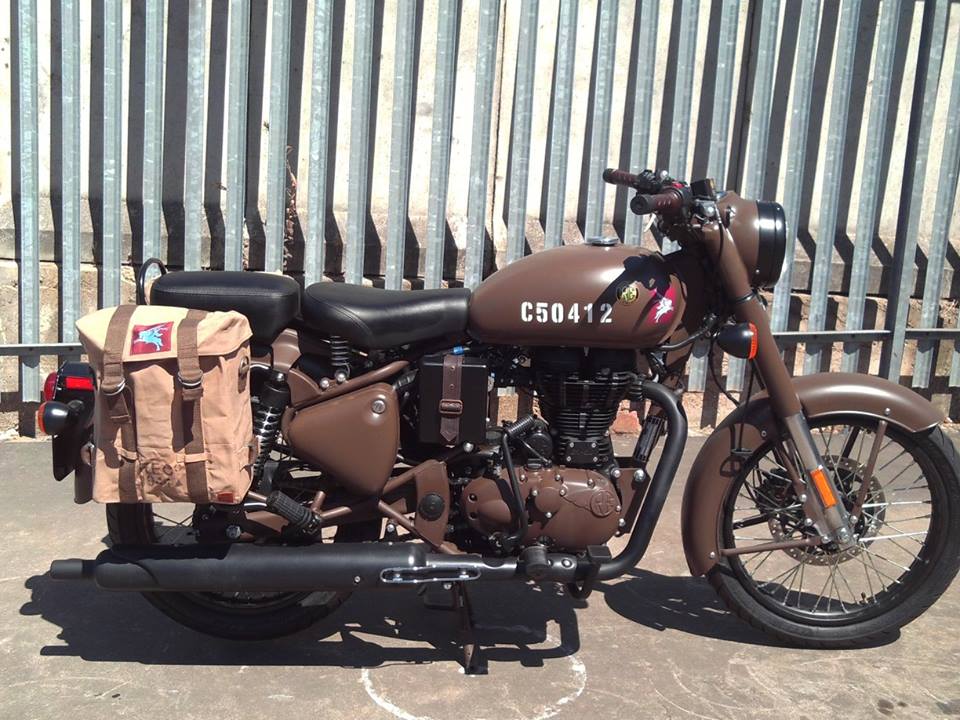 RE Classic 500 Pegasus price for India seems unreasonable. Despite that 250 units were sold out in a matter of minutes!

Royal Enfield recently unveiled yet another limited edition of its Classic 500. This time the though process is more global and the idea dates back to the World War II. RE used to supply motorcycles to the British Army and the Classic 500 Pegasus is based on the RE/WD 125 Flying Flea of those times.

As its name suggests, the Flying Flea was a 125cc two-stroke motorcycle which had the go-anywhere capability. It weighed only 59 kg wet and when confronted with a fence or a ditch, it could simply be dismounted and lifted over. However, the Classic 500 Pegasus weighs thrice as much and well, don’t even think of lifting it! Read More details of Flying Flea including performance, fuel efficiency etc.

The limited edition has started reaching dealerships in UK and we have updated this page with pics from GP Motorcycles & A&M Motorcycles in the gallery section below.

There is a massively long history RE has shared but it does not have much to do with India so let us quickly tell you what is different in the new edition. 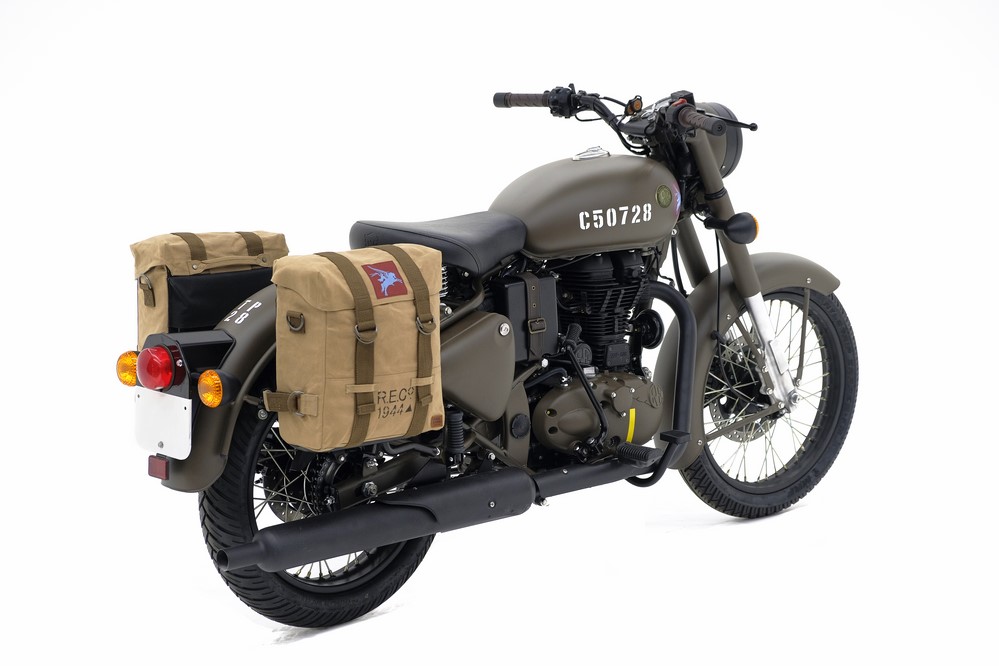 Himalayan is Third Lowest Selling Product for RE

Royal Enfield says that they contacted the Parachute Regiment 18 months ago for this project which means it took them this long to decide on these 2-3 decals and colouring themes! In the whole history lesson, they have not talked about the mechanicals even once, which means they remain absolutely untouched, like it has been the case so far.

Classic 500 Pegasus has been priced at an astronomical tag of Rs 2.40 Lakhs on road in Delhi which makes it about Rs 30,000 costlier than the standard version. Along with the limited edition motorcycle, Royal Enfield is also giving away a Customer’s kit which includes..

Registrations were on till 9th July and bookings were conducted through flash sale yesterday. RE informs that all the 250 units were sold out within 178 seconds (under 3 minutes) which means they earned about Rs 75 Lakh over and above the regular profits they enjoy on the Classic 500, all in a matter of a few seconds!

Once you have secured your edition, you will need to pay the balance amount at the dealership within 30 days. After the full payment, Royal Enfield says it will take them 40 days to deliver the motorcycle.

‘Not One But There Were TOO Many Issues with Himalayan’, Another RE Official Admits