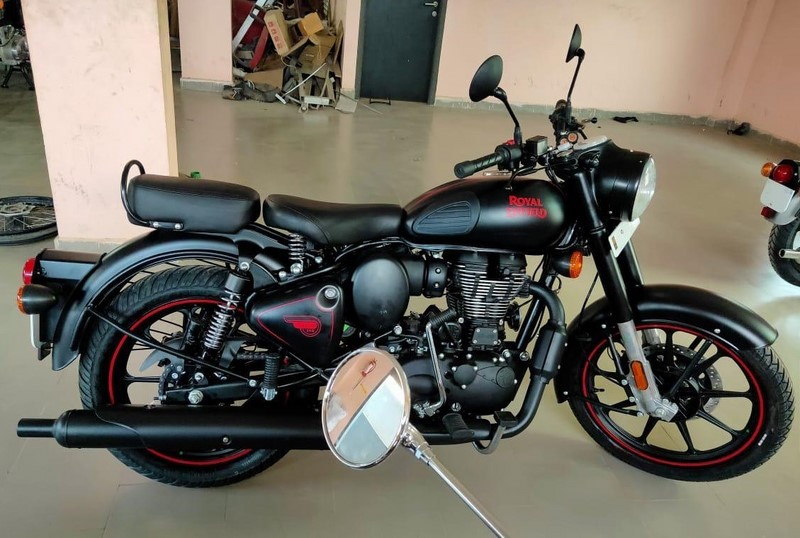 RE Classic 350 BS6 is now out and carries over the same design and the engine of the older model. How much price increase will it see..?

So, the cat if finally out of the bag! After a lot of spy pics of a comprehensively updated model, it eventually turns out to be a no-different Royal Enfield Classic 350 BS6, almost! Yes, the Chennai based maker has decided to continue selling the older pushrod engined Classic even in the new Bharat Stage VI era.

This gets cleared by the various spy shots that are now surfacing from what appear to be different dealership warehouses. The biggest changes that we can notice in the 2020 models are..

All of these confirm that this is the new BS6 Classic 350 that will now take the baton ahead.

The new motorcycle continues with similar design with the only visible changes being alloy wheels and probably new colours and/or decals. Pics also suggest that some variants may continue with spoke wheels as well.

What impact will this transition have on the power and torque outputs is not known but expect drops in eventual figures. For reference, the current 350 produces 19.8 bhp of peak power at 5250 rpm and 28 Nm of max torque at 4000 rpm.

Expect a fair bit of price increase on the fuel injected model. The current range starts from Rs 1.45 Lakh for the single-channel ABS equipped ‘S’ model. And does this present a possibility of RE selling those mules on test on the roads under any one of the upcoming brands?

Launch, by the way, is rumoured to be on the 7th of January.