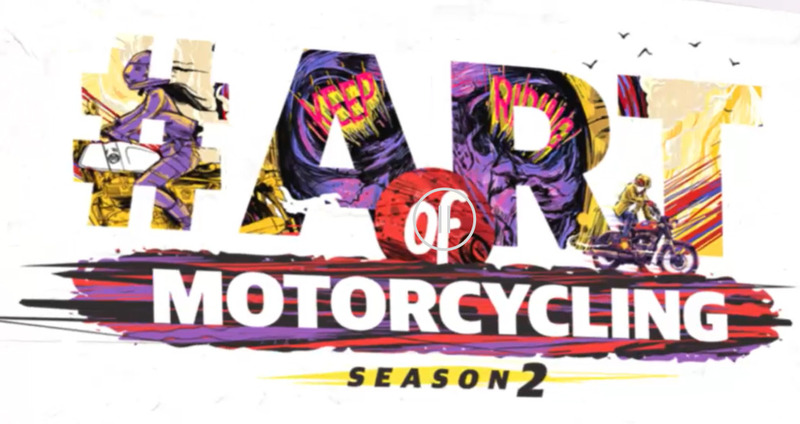 Result of the second RE Art of Motorcycling campaign have been announced. It received great response primarily from youth…

Royal Enfield have announced the successful conclusion of their second edition of designing platform – Art of Motorcycling. They have proudly stated that for the second season, their creative platform received nearly 15,000 registrations, up by 50% from the previous season. Interestingly, most of these have primarily come from non-Royal Enfield owners from smaller towns. This platform has clearly attracted the younger audience which comprises college students, artists and designers.

Royal Enfield explains the Art of Motorcycling has been conceptualised to provide creators a platform to express their love for “the motorcycling way of life”. Their objective behind the initiative is to reach out to a larger audience and provide them a canvas for self-expression.

It is aimed to encourage the community to express themselves freely, follow their passion for riding and take a step ahead in their journey of exploration and self-expression. In the name of self-expression many of their participants expressed their spirit by painting the tank of their machine or building their ride from scratch, while some took to bare canvas to illustrate their adventures.

Also read: Royal Enfield & ‘Helmets For India’ Partner for an Important Cause

Winners of 2nd season of Royal Enfield Art of Motorcycle

The Top-3 winners of the Art of Motorcycle – Harsh Namdeo (Bina, Madhya Pradesh), Ekant Singh (Noida) and Gautam Gajbar (Mumbai) – have won a great opportunity to co-create a capsule range of apparel with Royal Enfield.

The next 3 winners –  Prashant Singh (New Delhi), Abhirath NC (Kerala) and Prathamesh Rumaji Shedge (Mumbai) – have won an opportunity to intern with Royal Enfield design teams. Other than these opportunities, all the winners will also see their designs featured on various Royal Enfield merchandise.

“As a brand, Royal Enfield has always stood for self-expression. Our motorcycles have been the perfect canvas for customisation. The genesis of #ArtOfMotorcycling was to celebrate the ethos of exploration and motorcycling through the lens of art. Like the first season we have received an awe-inspiring response to this season as well, with more than 15k registrations. We are very excited to note that 8 out of every 10 participants were non-Royal Enfield owners and majority participation  came from small towns. The platform through the medium of art and motorcycling has indeed resulted in bringing together diverse communities, cutting across barriers like age, profession and geography.”