The Austrian motorcycle manufacturer KTM has been teasing the motorcycle enthusiasts of this country for quite some time now and both the RC390 and RC200 are yet to see the light of the day. 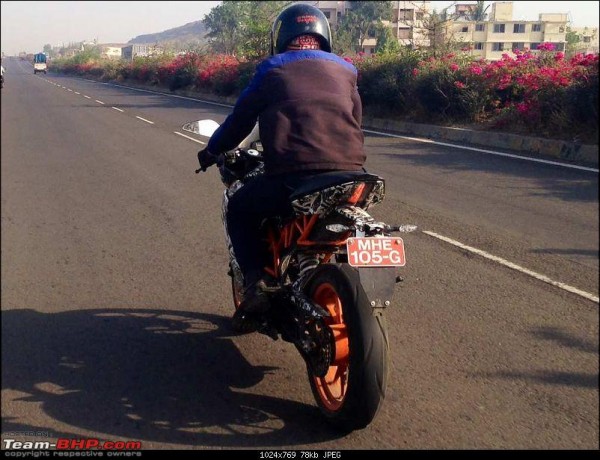 With the frequency of spy shots cropping up every now increasing by the day, we may deduce that a launch date may be coming up anytime soon now, although no official confirmation has been received yet, apart from the one we received last year which read ‘an RC8 inspired small super sports launch by early 2014‘ (More Details)!

Various rumours have cropped up as to why KTM is delaying the launch of such an eagerly awaited product. The most interesting of these being that the mules are experiencing some serious overheating problems. We do not know whether that is the case with the entire RC livery or with a particular model. 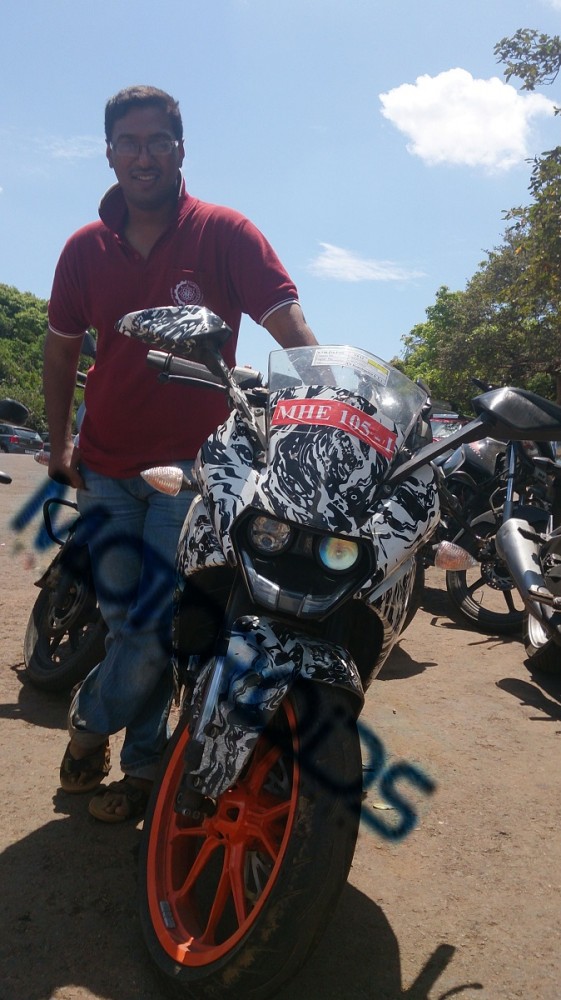 Recently, there were two different instances when the RC series were spotted all camouflaged. On one instance, the mule was clicked in Mahabaleshwar, Maharashtra by the folks at Motoroids.com, and on the other by balenopower, a member of Team-BHP.com. Due to the similarity in design of all the RC motorcycles, we are unable to ascertain whether they are RC390 or RC200.

But a very attention grabbing bit here is the presence of Honda CBR 250R parked next to the KTM. It could just be a mere coincidence as well, but there might also be a possibility of KTM benchmarking their RC200 (if this mule is one), against the Honda. We just hope, the benchmarks are not for the quality of the bike since CBR250R has not been regarded as one of the most flawless bikes from the Jap! 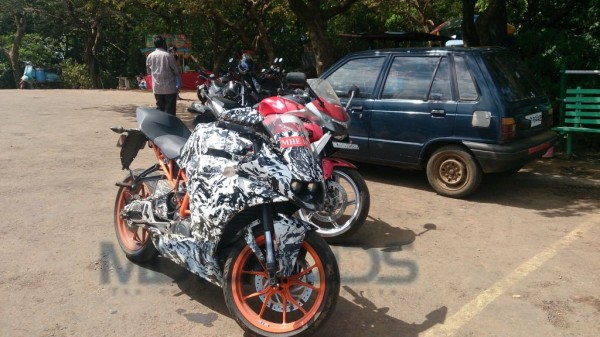 By the way, the last spyshots of uncamouflaged RC390 and RC125 from apparently the Bajaj’s plant suggested that the production is already underway.

These beauties from the land of Mozart are possibly the two most-eagerly awaited motorcycles in India and with the shocker price treatment received by the Duke 390, everyone’s tail is up with bank balances all filled up. All we need is an official announcement from Bajaj-KTM to signal ‘WAR’! 😉