If you have been waiting for your RC, well, this may just be the best news for you. A couple of new pictures have emerged of the KTM RC390 & RC125, possibly taken at the Chakan factory warehouse just before the final inspection and distribution. The pictures have been posted on a Facebook page maintained by Team Duke. 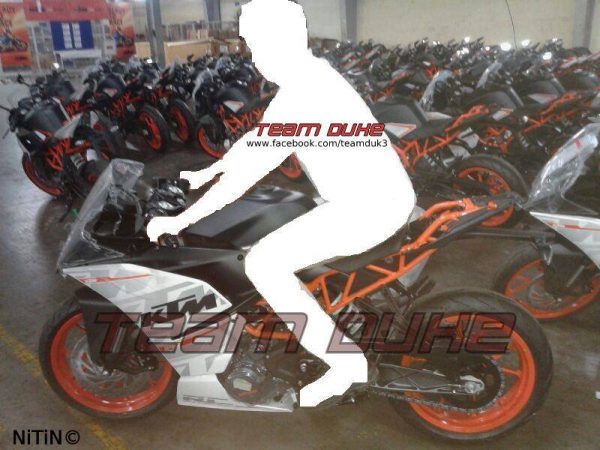 The RC390 is expected to be launched sometime soon and will be the first RC model of KTM in India. The 373.2cc 4-stroke single is being advertised as sharp, quick bare-basic of a sports bike with 44PS of power. The bike weighs 147 kg dry and is said to be capable of attaining speeds in excess of 170 km/h. With KTM not messing with its true racing geometry, the RC390 (as well as other RC models) is one bike that true MotoGP fans will like to get their hands on.

The photographed bikes are seen without the pillion seat. The pillion seat has been so designed as to integrate into the bodywork lines and look like a real racing bike’s tail while ensuring excellent comfort for the passenger (well…we hope!). The RC390 will also boast of disk brakes fore and aft, a disengageable ABS system, digital LCD display, clip-on handlebars, projection headlamps and wicked daylight running lights as these spyshots suggest. 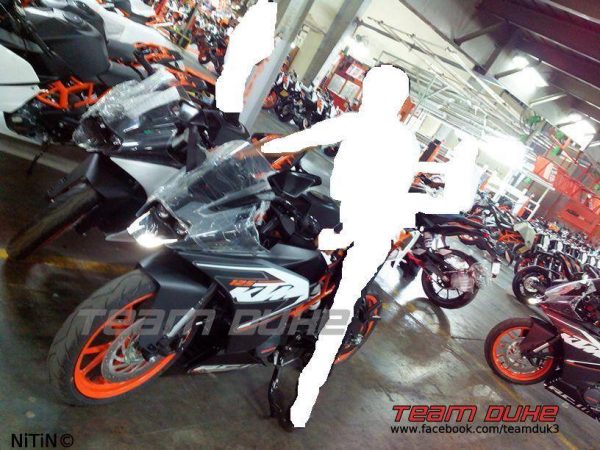 On the other hand, the RC125 although being put together at Chakan isn’t meant for the Indian market. All the RC125s and some of the RC390 manufactured at the Bajaj facility will be exported. The KTM RC390 when launched is expected to carry a price tag of around INR 2.40 lakhs. The launch could be in a few months from now.