Not that the upcoming and the most awaited KTM RC series of supersport bikes have not been spied earlier, just that these new spyshots, courtesy Powerdrift.com, reveal the motorcycle flashing its new wicked laugh…laugh at the competition possibly! 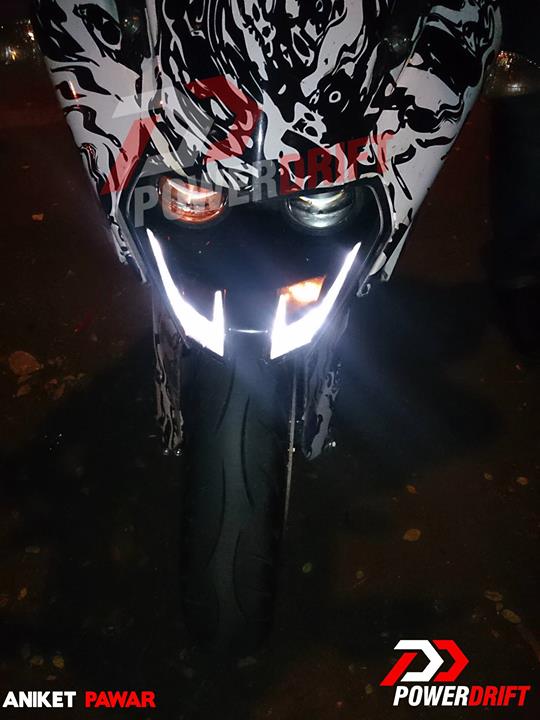 For the first time, RC390 (let us consider that for the time being), has been snapped with its DRL’s lit open which resemble the look of a devil. Apart from that we also have a shot where the RC390 looks at the world with an open projector eye! These night shots also feature a look at the pillion seat which can easily be mistaken as a cowl.

The speedometer cluster appears to be very similar to the naked Dukes. Being a sibling, engines will also be shared, though it remains to be seen if there will be any power bump on the faired RCs. This mule could also be the RC200 which is coming earlier and will share its engine with the Duke 200. 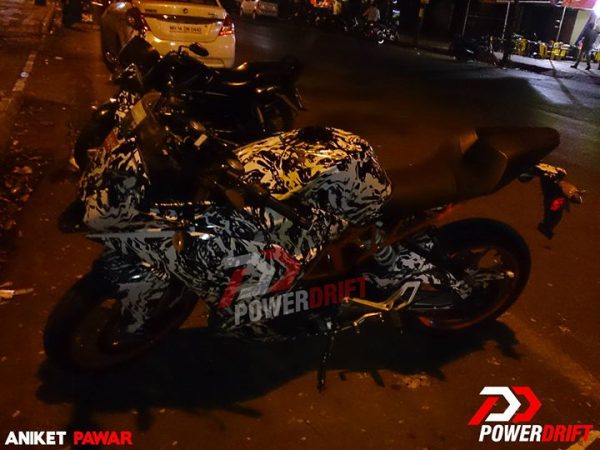 Both these motorcycles will be produced out of Bajaj’s Chakan plant in Pune and may just re-write new records in terms of sales if KTM can price them competitively. According to our estimates, RC200 may be priced somewhere around Rs 1.6 Lakhs whereas the RC390 may just be a little bit under that 2.5 Lakh mark, ex-showroom Delhi.

Launch of KTM RC200 is around the corner and with each passing spotting, the interest is gripping the biking aficionados of the country. Will you buy one?