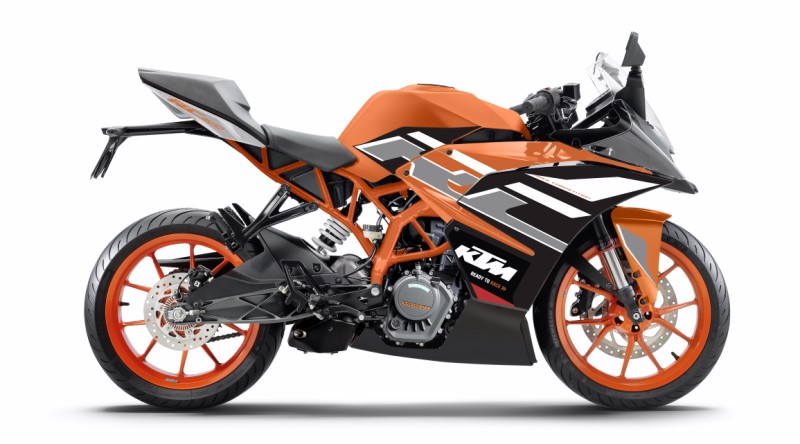 New RC200 colors and latest price listed in this story. The 200cc faired mini-supersport is now available in two colors…

Along with a new color to the RC390, the RC200 has also received similar updates. However, unlike the fresh new take on the 390, the 200 has continued with the conventional orange-black theme that we have seen so many times on the KTMs. This new shade (on the RC200) is called as Electronic Orange and it also has a few gray ascents.

This is in addition to the Dark Galvano shade the motorcycle received when the Bharat Stage 6 compliant variant was launched earlier this year. The dark grey (galvano) color looks much better with orange ascents. The frame, which was black on the older shade, has been colored orange in the new one.

Both the colors are offered at the same price tag and there has been no new price increment.

The new RC200 continues with the same 200cc, liquid cooled, single cylinder engine which produces 25 PS of peak power and 19.2 Nm of max torque. At a weight of 137.5 kg, the RC200 has a high power to weight ratio of 156 PS/ton, which, KTM claims, makes it at least 20 percent more powerful than its closest rival.

The new-generation RC200 was spotted testing recently and with it, KTM is giving it a complete different styling. Check out the spy pics here.