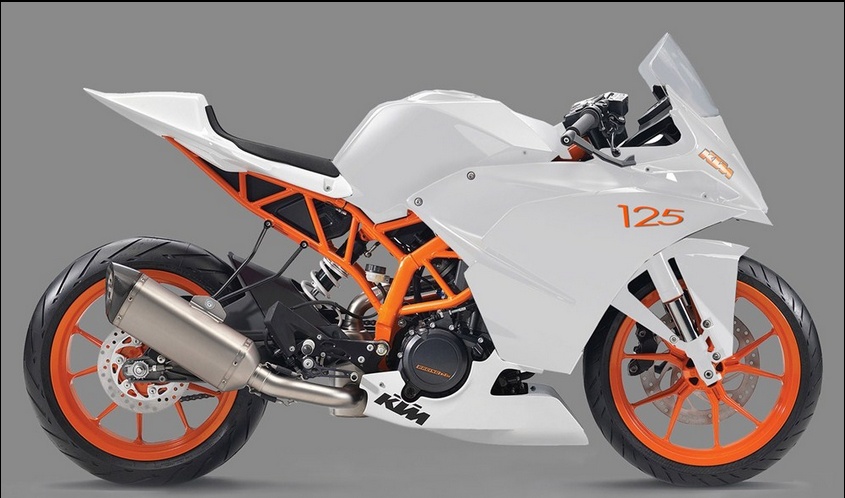 In an exclusive revealing, VisorDown has stated that KTM is all set to unveil its RC range of full-faired bikes. The RC125, RC200 and RC390 will be unveiled at the Milan motorcycle show on November 5, if their sources are to be believed. 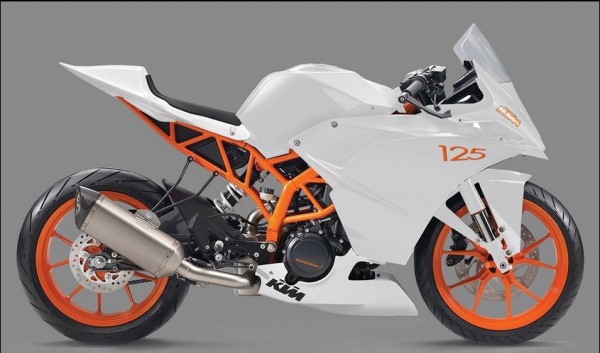 This is how the RC125 could look like. Source VisorDown

The RC Series of motorcycles is the full-faired avatar of the pocket-rocket that goes by the name of Duke. KTM could unveil three versions : RC125, RC200 and RC390 as well. It had earlier showcased a race version as the new standard bike for the ADAC Junior Cup feeder series in July. 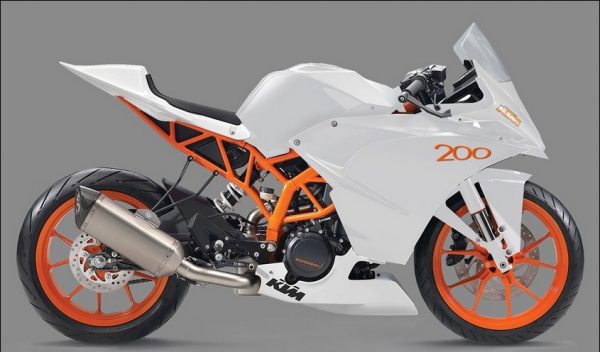 The RC Series of motorcycles will follow the modus operandi of the Duke series, and will be identical to each other. The differentiations will arise from the engine capacities and the paint schemes as well as the decals. It is also being said that the RC lineup will share quite a few things with the Duke series. They will be equipped with the same engine, nestled in the same bright-orange trellis frame. The swingarm will be shared too, and so will be the brakes as well as the suspension components.

The differences will arise due to the racier bodywork of the the RC lineup. Clad in sporty-looking full, aerodynamic cowlings, they will be a visual treat for the Indian junta which has an unexplained fetish for fairings. The fairings will also help in allowing the bike to slip through the air faster, like a fish shoots through water. It will also help the bikes of the RC lineup to stay firmly planted to the tarmac in the face of vicious crosswinds on the highways. 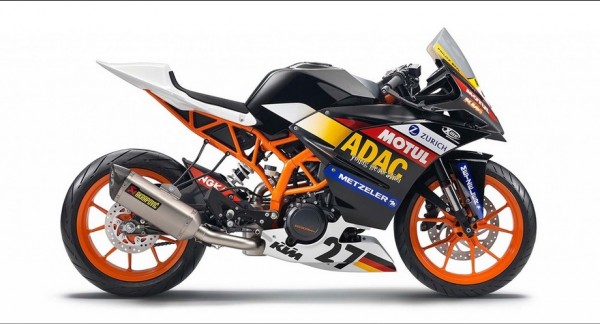 This is the ADAC Cup Racer, unveiled sometime back.

The RC125 will put out something close to 15 bhp, whereas the RC200 will belt out neraly 25 bhp. The RC390 will churn out around 43 bhp, with a restricted version also probable to meet licence requirements in the European lands. However, it shouldn’t be a worry in India!! We are sure to get full-blooded ones, possessing unbridled fountains of power. The weights of the RC series bikes could be a tad more than the Duke series, understandably due to the additional overhangs at the side and the front.

The RC series is sure to be manufactured here in our own backyard, at Bajaj’s facility in Chakan. Though nothing is known about the price, we feel these steeds in fully-clothed avatars will carry a premium over the Naked Hooligans that hit us earlier. However, expect Bajaj to offer the RC lineup at affordable-enough prices, even if higher than those of the Duke series.

The turn of events regarding the RC lineup of KTM bikes seems logical. However, it is far from being over. Rumours are abound about KTM planning Supermoto bikes with the same engines and frames, but with increased ground clearance and suspension travel.

In an official word, Bajaj has cleared that an RC8 based small supersports bike will be launched in India towards the early part of 2014. The wordings used by Bajaj clearly hint at the RC version of the super-agile, Duke 390.

So, if you have discarded the Duke’s just because of their nakedness, think again!

Also Read: SPIED: Is This an Updated Pulsar 200NS or the Upcoming ‘Smaller Than 200cc’ Pulsar?