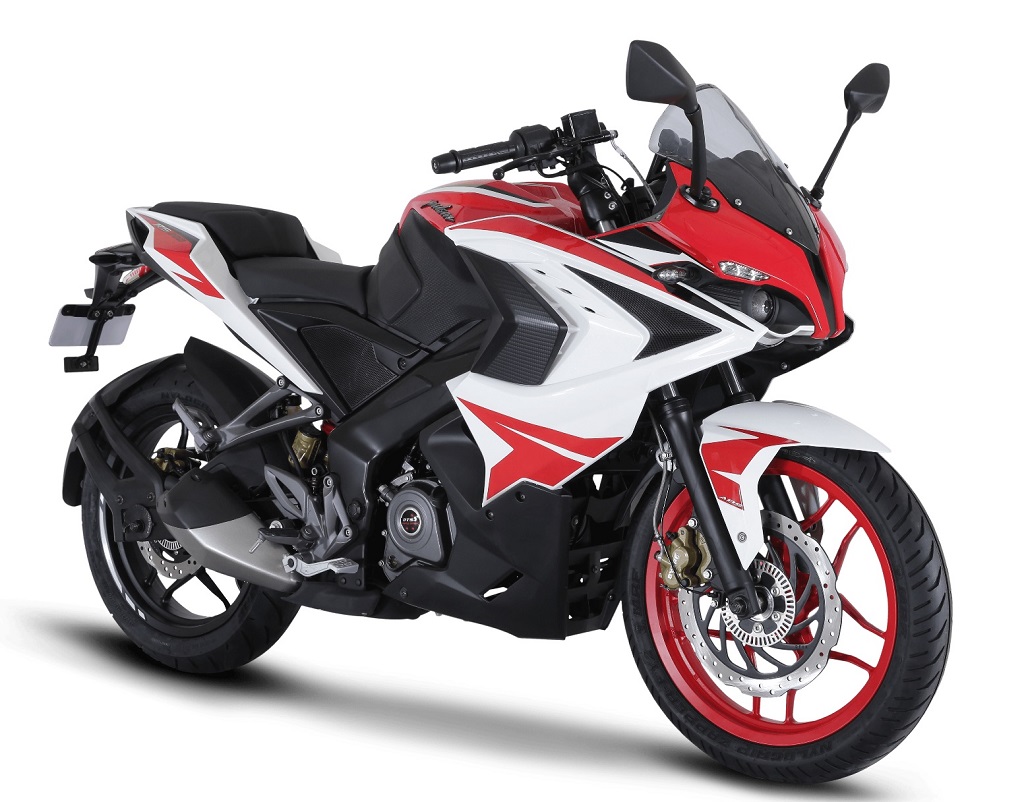 Bajaj showcased the Pulsar RS200 as a concept and with the 373 cc engine which now powers the Dominar 400, under the name of Pulsar SS400 (Super Sports) at the 2014 Auto Expo in Delhi. Recently, the motorcycle was upgraded with two new colours – Racing Blue and Graphite Black.

Expanding the colour palette, the 2018 Pulsar RS200 now also comes in a ‘Racing Red’ colour theme, which probably is the pick of the colours in the range now. Most of the body cowls are white in colour with a dash of red sprinkled on them. It enhances the body appeal of the motorcycle but more importantly, if you guys have noticed Bajaj is using such colour themes which mute down the ‘too many’ edges and contours of the RS200. 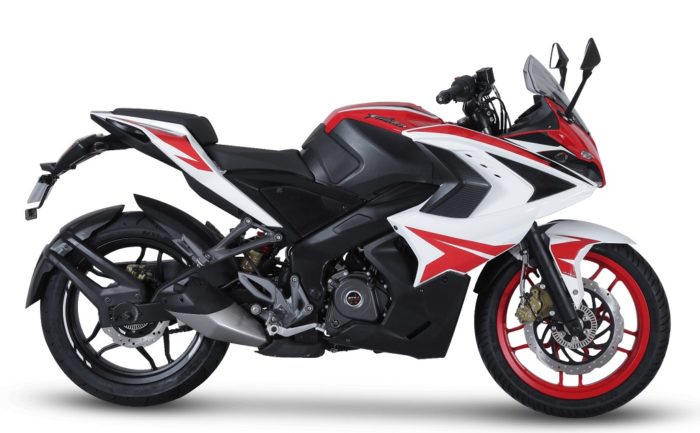 As you can see, prices have remain unchanged and all the three colours cost the same. There are no other changes to the motorcycle and it continues to be powered by the same 199.5 cc fuel injected triple spark 4 valve liquid cooled engine which produces 24.5 PS of peak power at 9750 rpm and 18.6 Nm of max torque at 8000 rpm.

Recently Bajaj has also introduced the 2018 Dominar 400 in new colours and three changes.