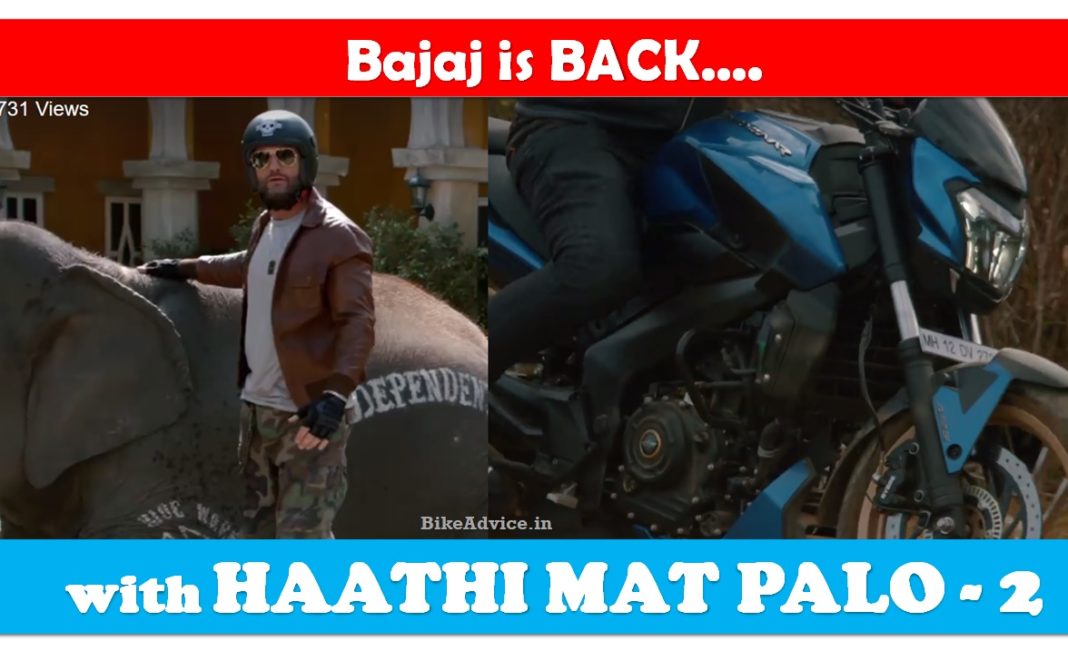 All Haathi Mat Palo ad series listed in this story…

One area that has not been explored or highlighted the way it should have been, by its rivals, is the very consistent problems and constant niggles Royal Enfield motorcycles report. It is hard to find absolute-niggle free Royal Enfields and most of the owners have become so used to them that they do not classify screw falls, oil leaks etc as ‘problems’.

Royal Enfield’s Himalayan has been a case study for everyone on how a major motorcycle manufacturer can dare to release an absolutely untested product in the market. Anyway, Bajaj has its eyes set on Royal Enfield’s market share and intends to walk away with a piece of that segment. They are pretty vocal about that and have launched a direct attack on the rival brand with #HaathiMatPalo ads.

In this ad they have highlighted the bad stopping power and lack of control of the heavy RE motorcycles.

In this one, Bajaj intends to show up the cold start problems faced by Bulleteers.

The whole depiction is hilarious – do notice the imprints on elephants – they read captions like “Independent“, “Ride the Wind“, “Born to Ride” etc! Earlier Bajaj has indirectly called Royal Enfield motorcycles as “indifferent handlers with limited performance“!

The following ad doesn’t make much of a sense considering that RE’s have pretty good low-end torque spread and needs lesser gearshifts and Dominar, on the other hand, is always to be kept on the boil!

This one is apt – almost all RE’s have really age-old headlamps (depicted by torches in this ad) and Dominar outshines them with bright all-LED lights.

In this latest ad Bajaj tries to portray Dominar 400 as a more comfortable, long distance tourer and highlights the plight (pains) of RE riders!

How successful will these ads be in transforming ardent lovers of RE is not known but this rivalry has definitely given Bajaj ample amount of online and offline space to establish their new “Dominar” brand – which, in itself, is not doing as expected at the moment! Very recently Bajaj has introduced the new 2018 Dominar 400 which comes with 3 cosmetic changes.