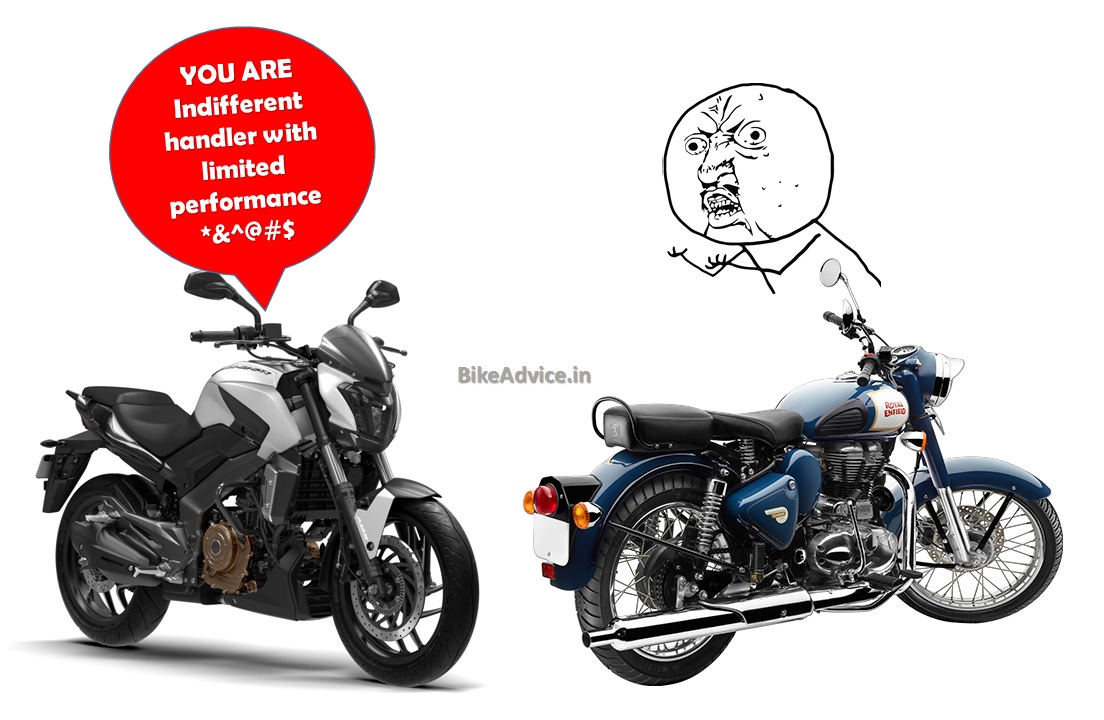 Bajaj vs Royal Enfield: How are things shaping up…

Bajaj was very vocal on waging competition against Royal Enfield with their Dominar brand. However, despite being a very competitive product and at a surprise price, the first motorcycle in the brand – Dominar 400, has not taken off as expected.

In an interview to Money Control, upon being asked on – “How is the response to Royal Enfield shaping up, Dominar and otherwise?“, S Ravikumar, President of Business Development at Bajaj Auto responded…

“I think certain items we have to wait for. Recently we talked about Husqvarna range being brought to India. Royal Enfield has been pretty much in that one horse race. It is largely a domestic race. Ours is a global company. We export 40 percent of our production and we will not look at spot photographs, we would look at a video over a long term…. Picture abhi bhi baaki hai.”

During its launch, Bajaj set a target of 10,000 monthly units for Dominar 400 upon product settlement however, currently it is nowhere even close to that figure. Ravikumar informed, that in July Dominar 400 registered sales of 3000 units and for the month of August, they have plans to ship out 4500 units of the motorcycle.

In comparison, Royal Enfield’s single model Classic 350 has been selling between 35,000 to 40,000 units every month which is a humongous number by any standards! So, clearly going will not be easy for Bajaj and it will take some out-of-the-world efforts to bother Royal Enfield at the pace at which they are growing. Bajaj has also announced to launch a new motorcycle in the Dominar range by December.

Bajaj vs Royal Enfield – Do you think Bajaj will be able to bother RE with their Dominar brand?

Next Read: Despite 50% Lesser Price Dominar Outsold by KTM 390s