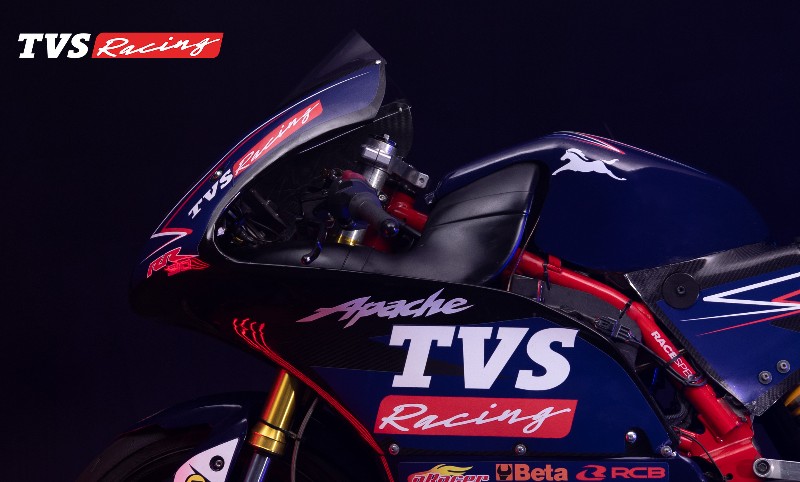 The Race-spec Apache 310 churns higher power and comes with a lot of betterments. With this TVS becomes the first Indian company to host such a significant racing event…

So, TVS Motor have announced that they will be holding the 2022 Asia One-Make Championship which will kick-off later in the year with first race in Malaysia

For the participants of the Asia One-Make Championship, TVS have revealed the Race-Spec Apache RR 310 which has been completely overhauled into a track-shredding beast.

TVS claim that the new race-spec Apache RR 310 has been completely designed and engineered from scratch. It is equipped with new and improved tech to make the bike track ready.

Additionally, the 312 cc, DOHC engine has been heavily worked on and has received some mechanical upgrades to produce more power for that instant burst.

The styling of the race machine showcases the TVS Racing decals on a shade of deep Blue colour along with sponsors’ emblems stuck below it.

For the 2022 Asia One-Make Championship, TVS will be shortlisting 8 riders from countries like Malaysia, Thailand, Japan, Indonesia, Philippines and Australia. Joining these foreign riders will be 8 Indian contenders which will be nominated by the TVS Racing team. This also makes TVS the first Indian brand to organize such an international racing event.