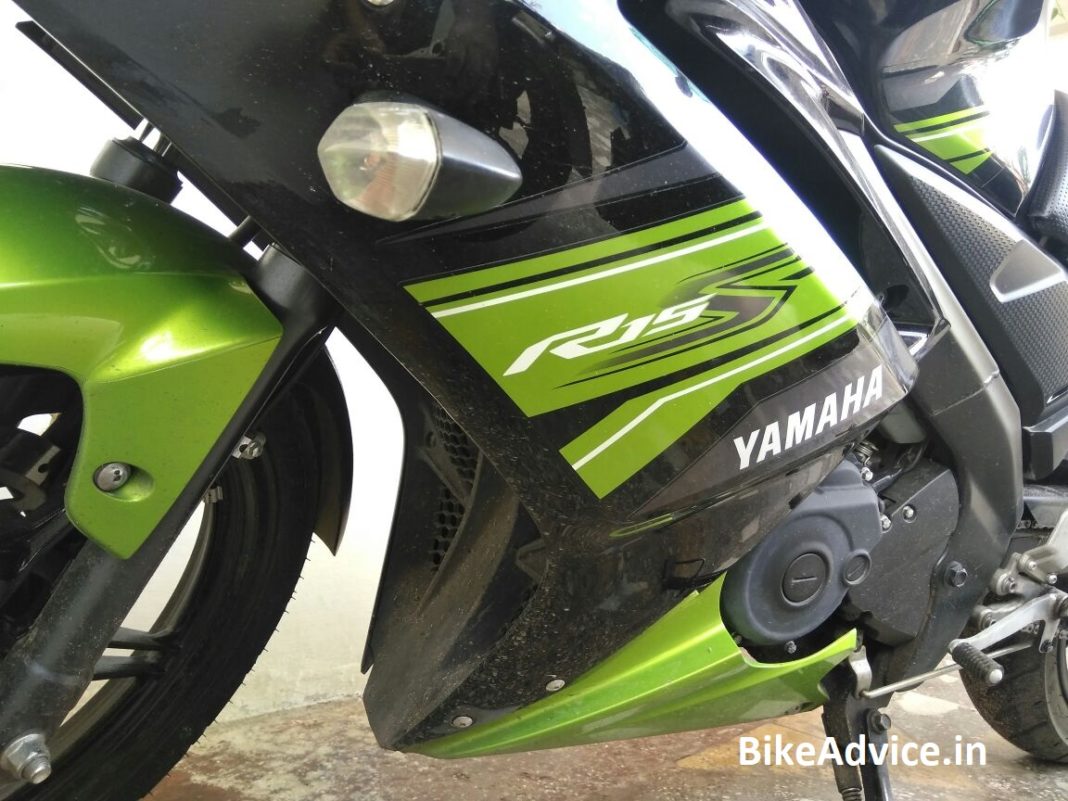 Few months back we did an article listing all the spec differences between the R15 v2 and the unibody R15 S. We updated it recently informing our readers how has Yamaha repositioned the R15S and increased V2’s prices. You can read the article here.

One of our reader shared a very interesting article from another website in the comments section which tried to portray that R15S may not carry the original full-blown technically advanced motor of the V2. You can read that article here.

Broadly, the pointers which he raised, after riding both the motorcycles, were..

While all or most of these details are proudly mentioned on R15 v2 and other motorcycle webpages. But the biggest pointer that got me confused was – Yamaha NEVER officially said that these are absolutely the same engines. And since the motorcycle is perceived to be just a variant of the R15 v2, no mainstream media bothered to test it out!

So, there were two aspects to it – try the new R15-S myself and have a word with Yamaha’s spokespersons to have an official word from them.

Two days later, I borrowed one of my friend’s new R15S and took it out for a spin. Frankly, it was not a very long ride but I could NOT really find a massive difference, substantial enough to doubt it as the FZ-derivative (motor).

Also Read: Yamaha Has NO Plans to Offer ABS on Fazer 25 (or FZ 25) Anytime Soon

The corporate communication guy polite guy asked me to wait for some time as he would pass on these queries to the concerned (I believe the technical) teams. Few days back I received the responses to all of these and here they are….

So, this should clear the air about R15-S and technically both the R15s share the same engine and if there are minor differences in the response, it must be in the tuning.

And at this point of time if you feel like asking – when is the R15 v3 coming to India – no matter how much some local auto blog may speculate, we will ask you to stop expecting it anytime soon! However, its bigger cousin has just been confirmed officially for India for the first time…