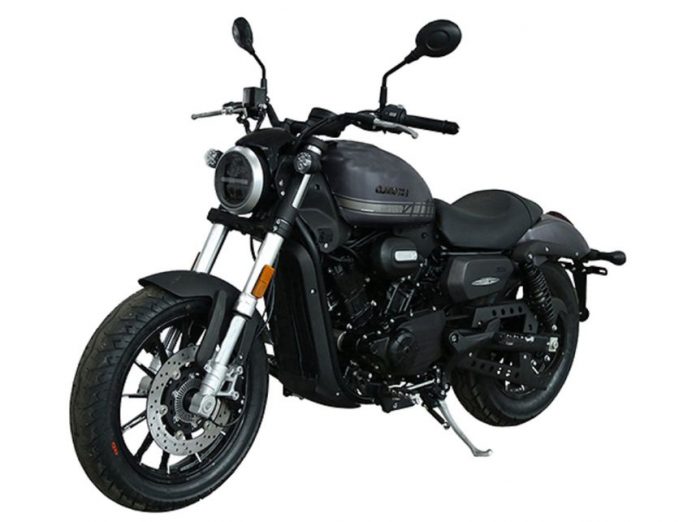 Can this QJMotor SRV300 spawn a new surprise 300cc Harley Davidson motorcycle? What happens to the HD338 then? We discuss…?

Chinese major Qianjiang not only owns the Italian brand Benelli but it also has a relatively new partnership with Harley Davidson. Under this association, Harley wants to create an entry level motorcycle for the Asian market.

The project was officially called as HD338 and the company even sent out its design sketches to the media. In fact, spy pics of test mules also emerged from somewhere in China. However, there has been no update on this project since a long time. Meanwhile, the fully owned Harley’s Indian subsidiary exited our country and the company has now formed a distribution partnership with Hero MotoCorp.

Amid all this, Qianjiang has filed an interesting model called as SRV300 in the home market. The type-approval documents reveal the model and immediately Harley’s angle comes into the picture. The SRV300 looks a lot inspired from Iron 883, so much so that the company could plonk a ‘Harley Davidson’ sticker and it would pass through.

Now, there is a big possibility that the duo – Qianjiang and Harley, may have ditched that older 338 project and it may be working on something more suitable, something which could spearhead Harley’s design ethos in the entry level market.

Since the moniker QJMotor is limited to the Chinese market, there is this new rumor of Harley using this motorcycle under its own brand for other Asian markets. However, let us clarify that there is nothing concrete about it as of now. But we are keen to see more developments on this front..

Hero SHUTS its Manufacturing Plants Due to COVID