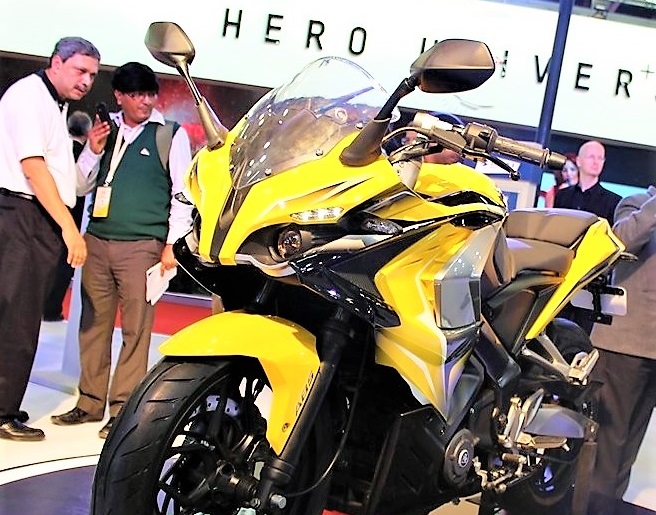 Does Pulsar SS400 launch make sense? An Indonesian blog claims to have some hints that Bajaj will make a commercial SS400/RS400!

What next after Dominar 400? If you remember, Bajaj showcased the Pulsar SS400 as a concept way back at the Auto Expo 2014. That was the last time Bajaj participated in that event. The Pulsar CS400 concept was eventually launched as the modern day Dominar 400. And the Pulsar SS400 was downsized and introduced with a 200cc engine and it is commercially known as Pulsar RS200. That still leaves the SS400 unlaunched!

Bajaj has the 400 platform at its disposal and it is just a matter of time before we see more variants on it, very similar to the KTM’s lineup. So, after Dominar, is Bajaj considering introducing the production version of the Pulsar SS400 it showcased six years back?

A new rumor has emerged at an Indonesian portal which sources info from a person who identifies himself as a Bajaj official. Not many details of the motorcycle are known but it is believed that the saddle height, for one, is going to be lower. This will make it a motorcycle ideal for riders of short height as well. This stems from the fact that Bajaj motorcycles could not do well in Indonesia as people there are relatively shorter.

If Bajaj will indeed make a production version of the Pulsar SS400, chances are that it will not be the same design as the RS200 as it will not be aspirational, now! Also, it will not be marketed as a Pulsar for sure as there are subtle hints from the company that the Pulsar brand is now more mainstream (and common) and it will be maxxed out at 250cc.

Well, these are very nascent stages to even talk about more details of the motorcycle. But do you think a 40PS, full faired 400cc motorcycle from Bajaj at around 2.0-2.20 lakh will make sense?