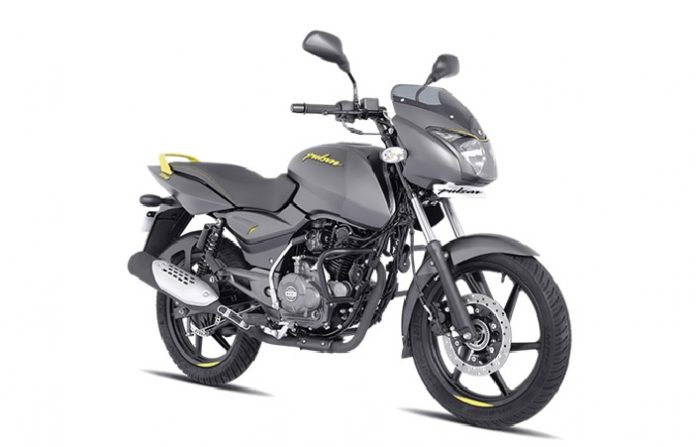 Just a few months back, Pulsar 150 Neon was the entry Pulsar in the range and costed Rs 71,200 ex-showroom in Pune. That is when Bajaj decided to gamble by taking the popular Pulsar brand down the displacement order and the Pulsar 125 Neon was introduced which looked exactly like its elder sibling albeit with some graphic differences.

According to the recent reports, it has been learnt that the motorcycle has been received well and it has already amassed 40,000 unit sales in two months. This provided Bajaj some cushion and it raised Pulsar 150’s prices significantly. The Neon edition got the maximum hike of Rs 4000 at one go! It now costs Rs 75,200 ex-showroom (more details).

Amidst all this price fluctuation, it appears Bajaj has also lent a minor update to Pulsar 150 Neon in the form an additional tank extension, reminiscent of the other Pulsars in the range. Pics of the new model have been updated at the official website and the motorcycle continues to be offered in three colours of Neon Red, Neon Silver and Neon Lime Green.

There appear to be no other changes to the motorcycle and the Pulsar 125 Neon also remains unchanged. We believe Bajaj may have thought of this subtle change to differentiate the Neon siblings.