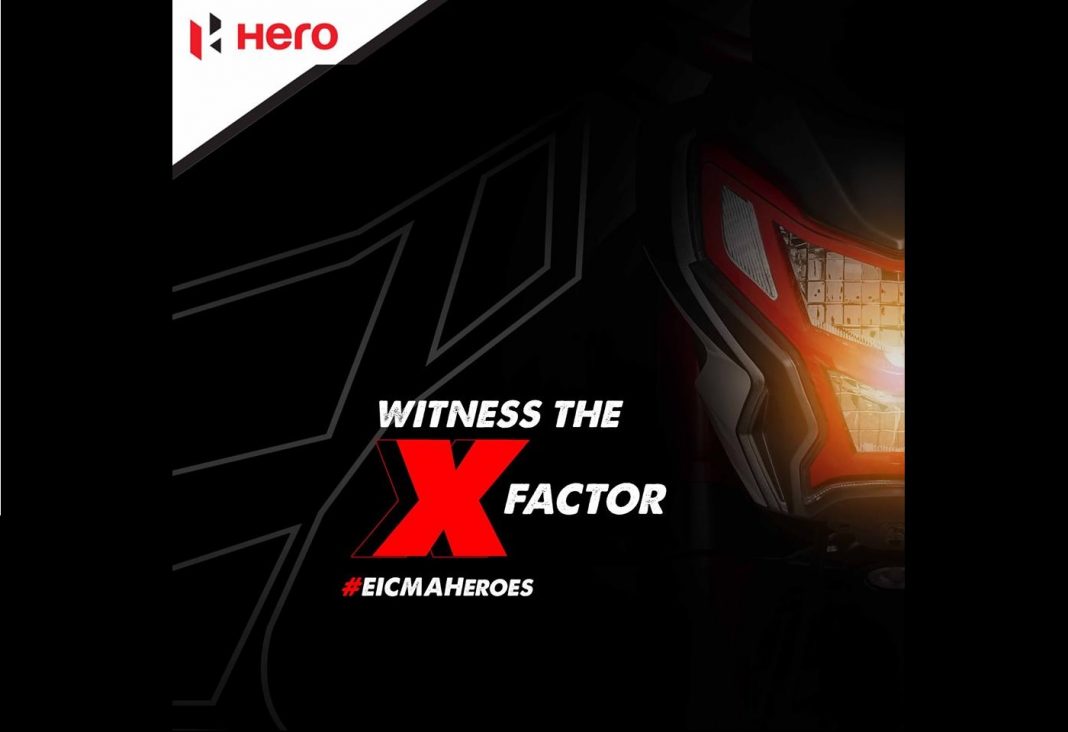 Production Hero XF3R unveil today? Or will it be something else? We will find out in some hours…

Hero MotoCorp has pulled out of the Auto Expo 2020 in India but it is very much available at the EICMA which kick starts from today. Interestingly, the India’s largest manufacturer has showcased two all-new bikes in the previous couple of iterations of EICMA. In 2017, it unveiled the Xpulse 200 and last year it showcased its tourer version Xpulse 200T.

In an interesting teaser, Hero has hinted at another unveil this year. On its social channels, it has mentioned about the last two EICMAs and the Xpulse twins it unveiled and has put a question mark after the year ‘2019’. It has also mentioned ‘Witness the X factor‘ in one of its posts suggesting that the upcoming product could be within the new ‘X’ family.

Now, the Xpulse 200T came out of nowhere and not many had an idea about it. Similar could be the case with today’s motorcycle. But if we have to guess based on Hero’s past, then this could be the unveiling of the production version of XF3R the company showcased back at the 2016 Auto Expo as a concept.

XF3R was a chunky looking, near 300cc streetfighter with a single sided swingarm and weirdly placed underseat exhaust. In its production form, it is expected to come equipped with a conventional swingarm and a proper exhaust. You can read more details about XF3R here.

If it is not the XF3R, then it could be another variant of the Xpulse/Xtreme family, probably a cruiser. With this we wait for more details to trickle in and let us hope we get an exciting motorcycle from Hero…