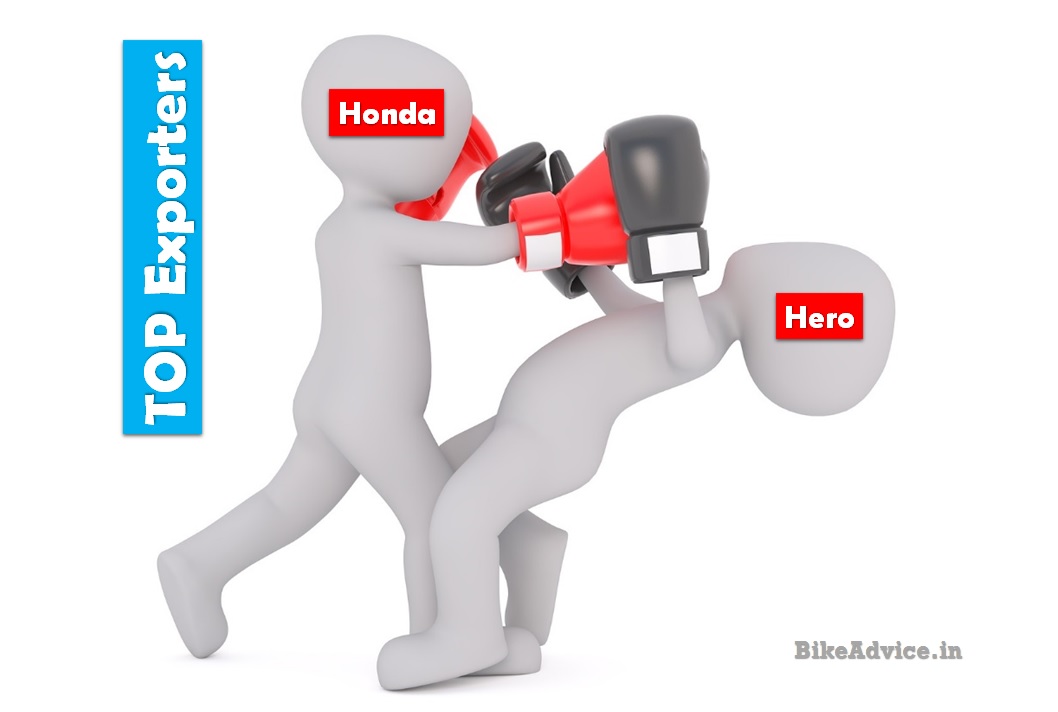 Clearly, not everything is well with Hero! Though, emphatically, India’s largest two-wheeler manufacturer has managed to hold onto its massive lead in the domestic market, it is losing out on in key parameters.

Barely a few days back, TVS dethroned Hero to claim the second largest scooter seller in India for Financial year 2016-17 (till February 2017). What is more worrying is that Hero is the only manufacturer which has witnessed a decline in this segment. You can read more on this here.

Up next is another blow to the auto maker. Chief nemesis Honda has outwitted them for the third spot in the biggest two-wheelers exporter list for the financial year 2016-17.

Bajaj, which is focusing heavily on exports, is way ahead of everyone else at the top spot, despite a decline of 16 percent. TVS follows with a minor growth.

Honda sneaks in at the third spot with a massive jump of 41 percent. Last year, it was behind Hero by about 10,000 units and this year they have set themselves up for a lead of more than 1 lakh units! This is not all, only 9000 units separate Hero and Yamaha which grew by 11 percent. If this trend continues we may see Hero being pushed further by the Japs!

Honda was the biggest gainer followed by Royal Enfield and Mahindra in the prominent manufacturers list. And with 5300 units, Piaggio also reported manifold growth in its exports business.

Apart from Bajaj, Hero is the only manufacturer to have witnessed decline in exports for this financial year. This is something which they will need to introspect.

Next Read: Hero Strikes Off Impulse From its Website; End of the Brand…