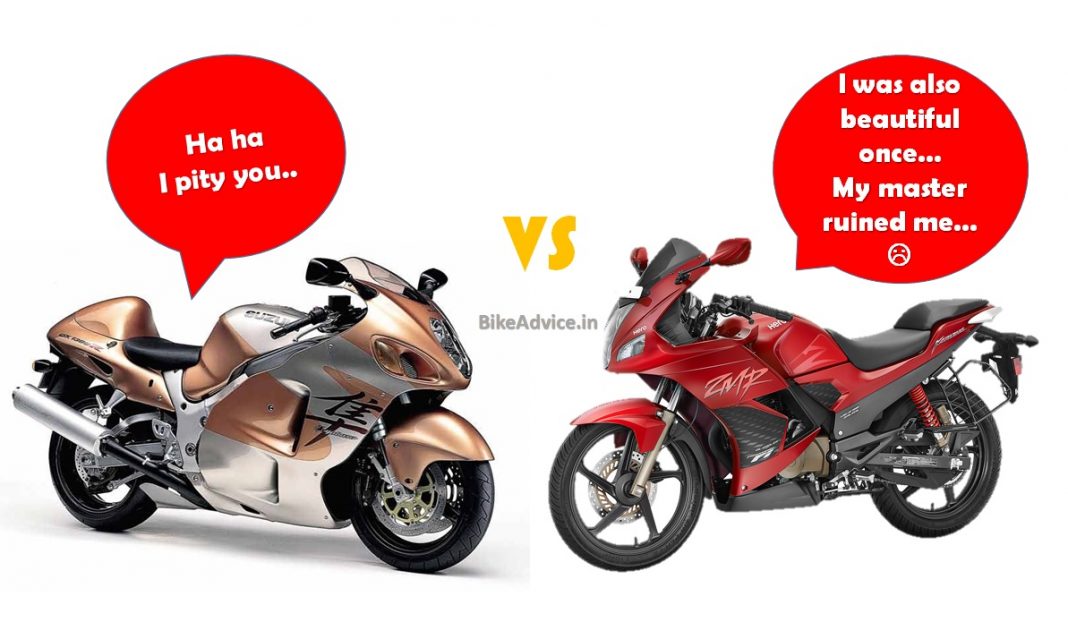 How much do you think motorcycles costing over 10 Lakh sell in India every month. To answer it in simpler words, most of them register under 5 units, some stay between 5 and 10 and then we have one of the largest selling premium motorcycle like Hayabusa which, after its local assembly (and price slash) has picked up momentum and is averaging over 20 units in the last three months of sales.

In comparison, how many units should a ~Rs 1 Lakh motorcycle sell? Much much more, right? But that is just not happening if we consider Hero’s Karizma twins. It is known that Karizma is having a real bad time in sales charts but situation has gone worse from bad. While we were going through the motorcycle sales for the month of December 2016, these startling figures got our eyeballs.. 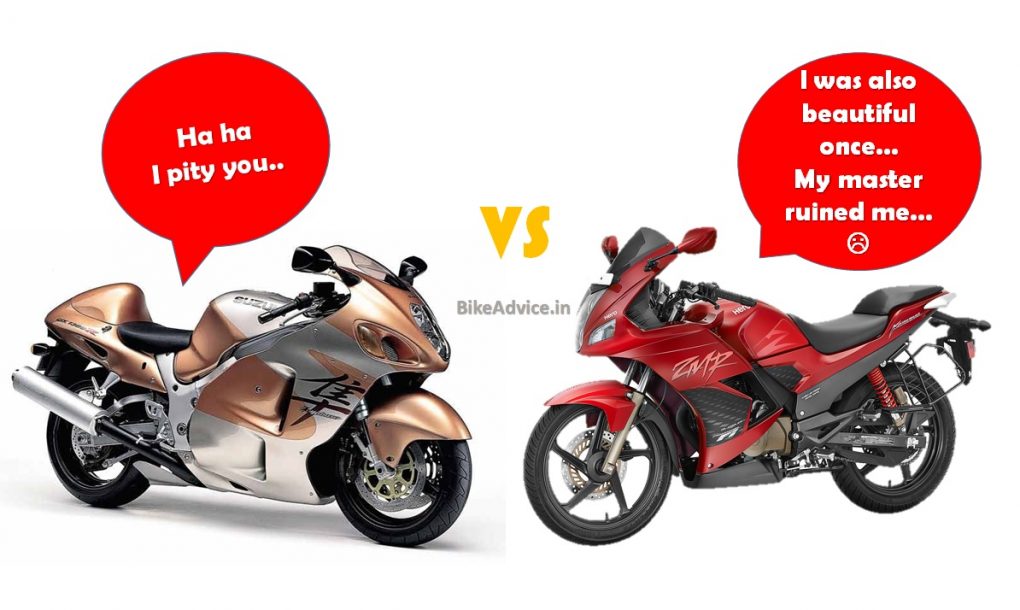 In the last seven months, Karizma twins have managed total sales of 82 units ONLY (R + ZMR combined) which is an average of 12 motorcycles every month. In comparison, Hayabusa has handsomely outsold the non-comparable Hero by registering 121 unit sales! So, essentially the level of disaster sales for the 2014 Karizma can be gauged by the fact that a motorcycle costing 13-14 lakh is outselling a ~1 Lakh motorcycle!!!

[mks_pullquote align=”left” width=”300″ size=”14″ bg_color=”#20c3c9″ txt_color=”#ffffff”]The 2014 Karizma twins have not found many takers. Hopefully the new Karizma (under works) brings it back into contention.[/mks_pullquote]At the same time, it is commendable for such a premium motorcycle like Hayabusa, which is often termed as ‘old’, to carry on the good run for so many years now. 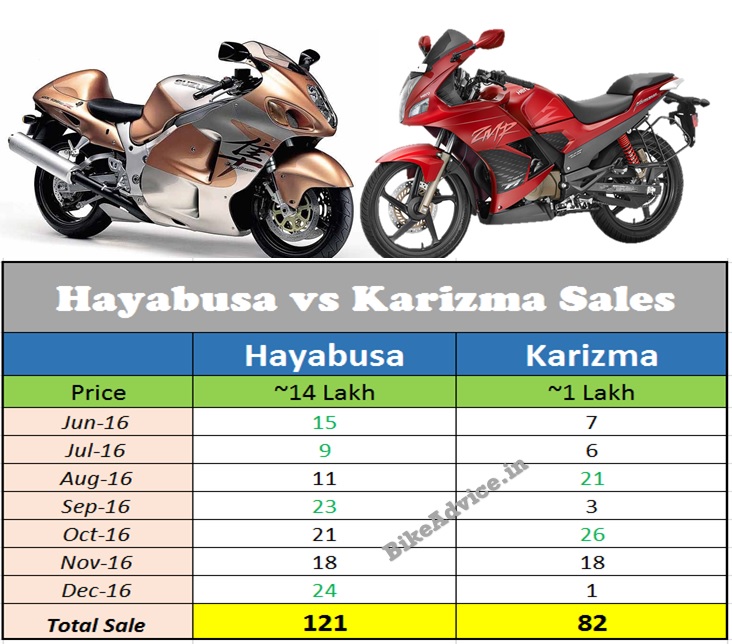 Though it pains to see a beautiful brand (like Karizma) go down like this, all is not lost! In an official assurance, Mr Markus Braunsperger (CTO of Hero Moto Corp) has revealed that they do not intend to discontinue the Karizma brand (as was speculated a few months back). Work on the new Karizmas is underway now (more details)! So as we always ask, what features/changes would you like to see in the new Karizma then?

Next Read: Why Hero is in Danger & May Get Lost’ – Analysis by BA Reader from IIM