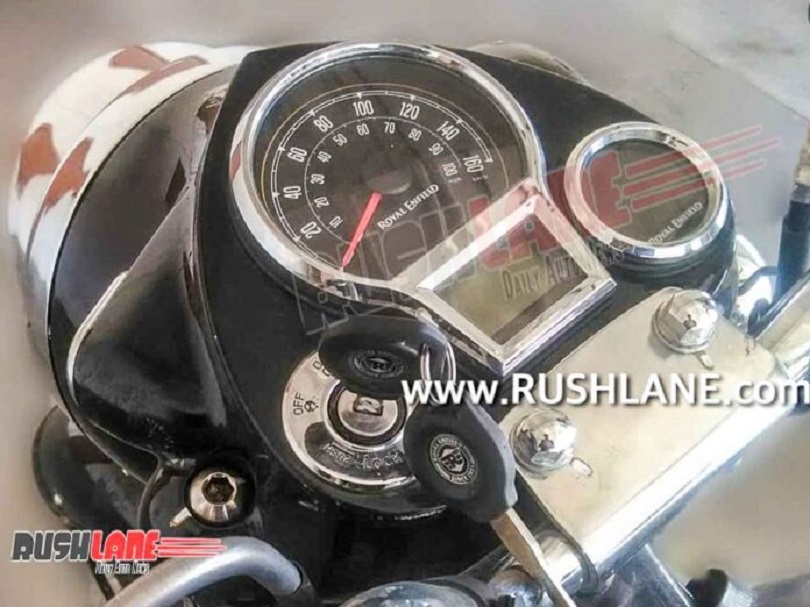 Next-Gen Classic 350 launch expected in the coming quarters. It could be the third model in the line-up to be equipped with Tripper navigation…

Royal Enfield’s bread and butter model is its Classic 350. It takes care of the majority of the sales for the Chennai based brand. And that also means that any decision on it is taken with a very careful approach.

Royal Enfield has been testing its new-generation Classic 350 at least from last year but it was not launched as the BS6 model because it was not production ready. That meant that RE had to invest in the older platform to make it BS6 compliant and it still continues to be on sale.

However, it seems that the company is now close to freezing the next-generation Classic 350 for our market. In a latest it has been spotted testing with Tripper Navigation – a turn by turn navigation system which is shown on one of the pods of the instrument cluster.

The company has retained the analogue speedometer whereas there is a digital unit as well which will show other read-outs like trip, odo and probably some other stuff as well.

The new Classic 350 will share the same 350cc engine from the Meteor 350 which produces 20.2 bhp of peak power and 27 Nm of max torque. This is 1 hp more powerful but 1 Nm less torquey than the current model. However, the newer generation model is generations ahead in terms of refinement and engineering.

Considering that the model looks almost ready, we hope to see it getting launched in the coming quarters. If it is the next in line, it will be the third model to be equipped with tripper navigation – after Meteor and Himalayan.