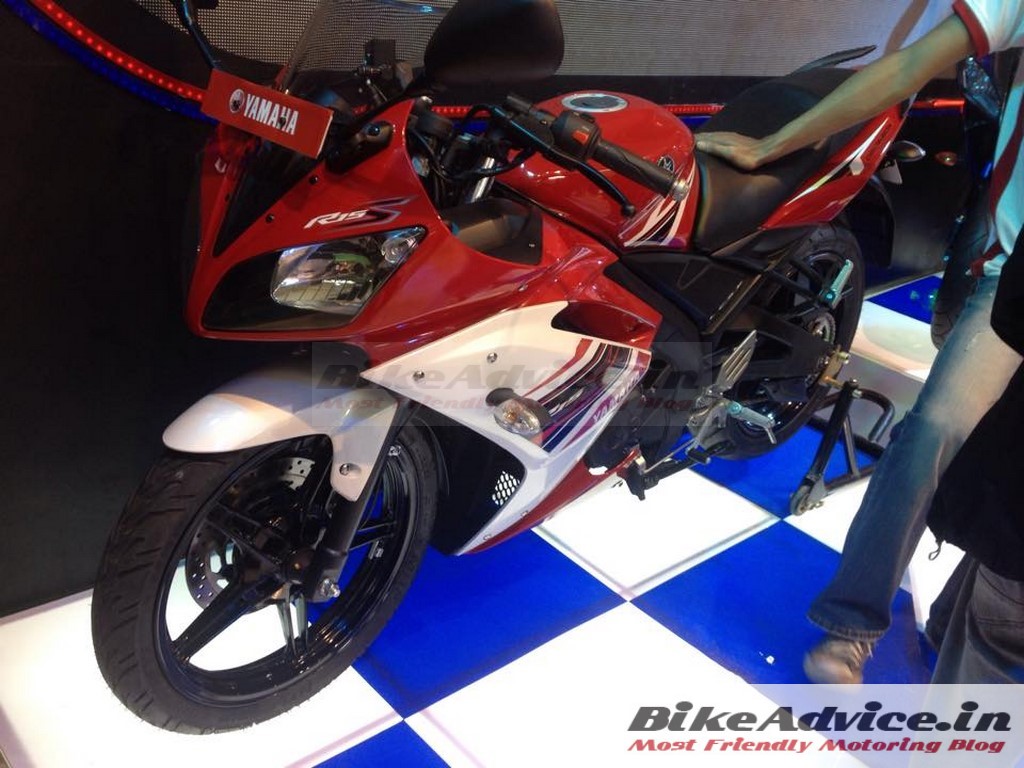 We share exclusive information of R15S from its Nepal launch. Also included are official specs, differences with R15 V2.

After getting it confirmed from the Yamaha management on 14th September, we informed you that R15S is NOT a hoax and that it will be launched in India very soon (link to report). And here it gets officially official! We present to you its specs & exclusive pic.

The Japanese motorcycle manufacturer, along with its associates in Nepal have launched the R15S. The R15S is powered by the same 149.8 cc liquid cooled, fuel injected mill producing 17 PS of power at 8,500 rpm and 15 Nm of peak torque at 7,500 rpm. The external appearance though has changed a bit and back are the design features of the older version which means that the bike will again have a slightly more practical pillion seat. 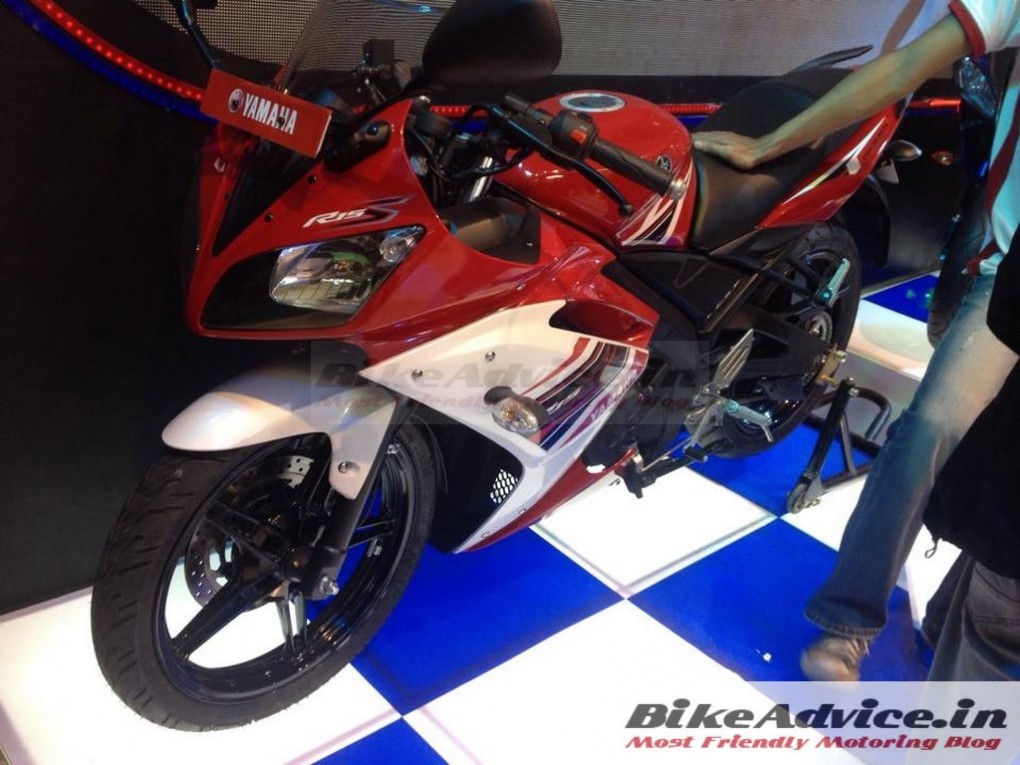 Here are some key pointers about the Yamaha R15S:

Here are the official specifications of the motorcycle.. 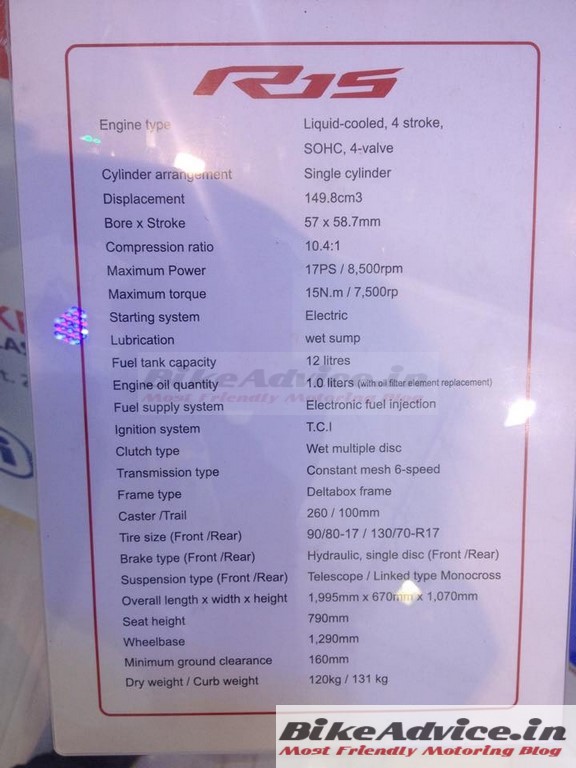 As we have said earlier, Yamaha’s idea is to increase the customer base of R15 which has seen a heated competition in the recent times.