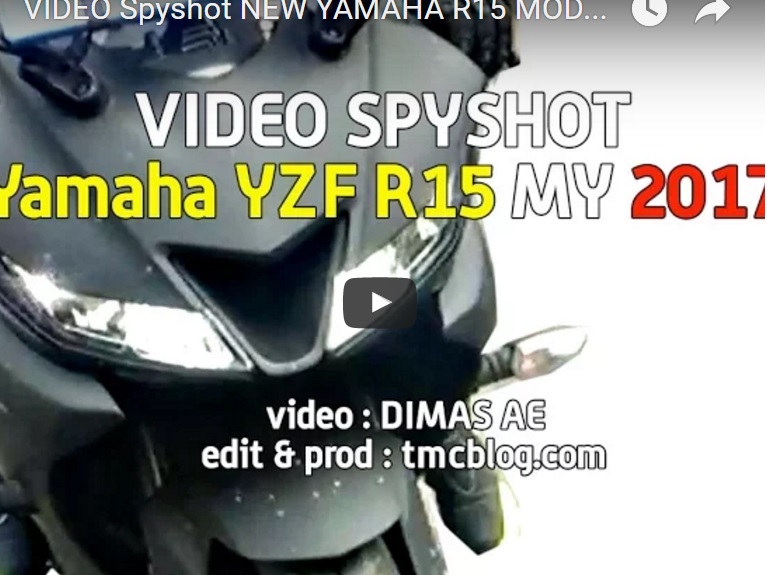 With the spotting of its face, bit by bit, the Indonesian blogs have revealed the complete motorcycle and it looks smashing to say the least! Update – we now have a spy video as well (inserted towards the end of the article)

Yamaha, from the transition of v1 to v2, did not alter the front looks of the motorcycle. They only rearlifted it and added a fatter tyre. However, with the increasing competition, they are going all out with the version 3 and that is a great news for all the enthusiasts.

After various pics from different angles made way, the face has been revealed for the first time by a spy pic shared at Iwanbanaran. Let us quickly take a 360 degree look of what has surfaced so far.. 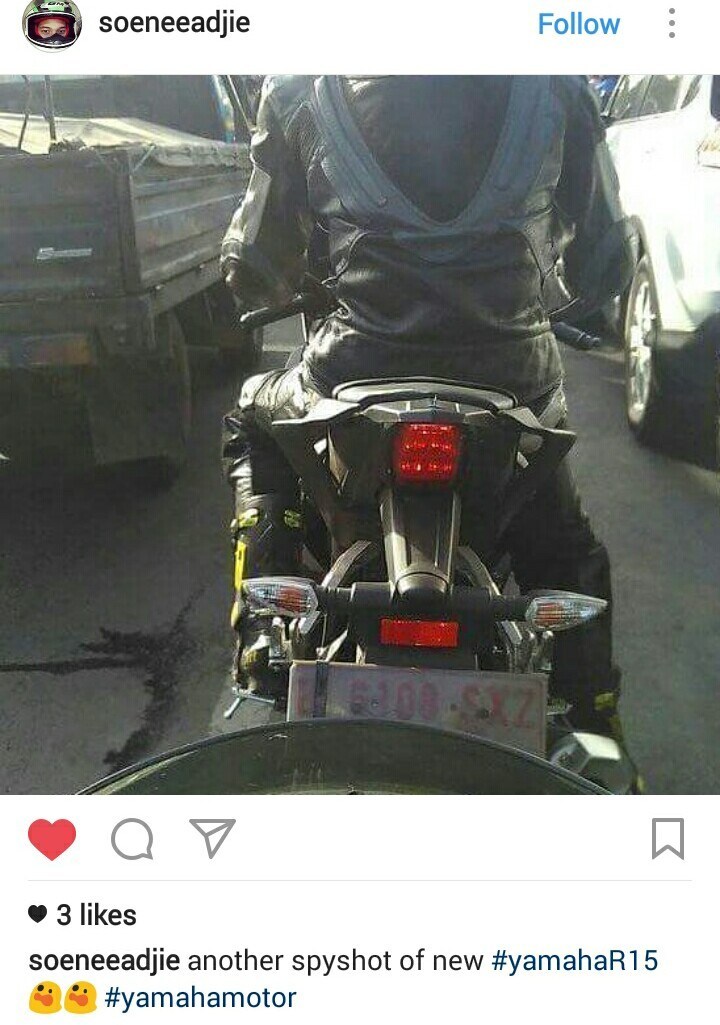 The motorcycle gets a more aerodynamic tail. The tail lamp is a tiny LED unit and also notice the rear cowl (is it also a grab rail?). 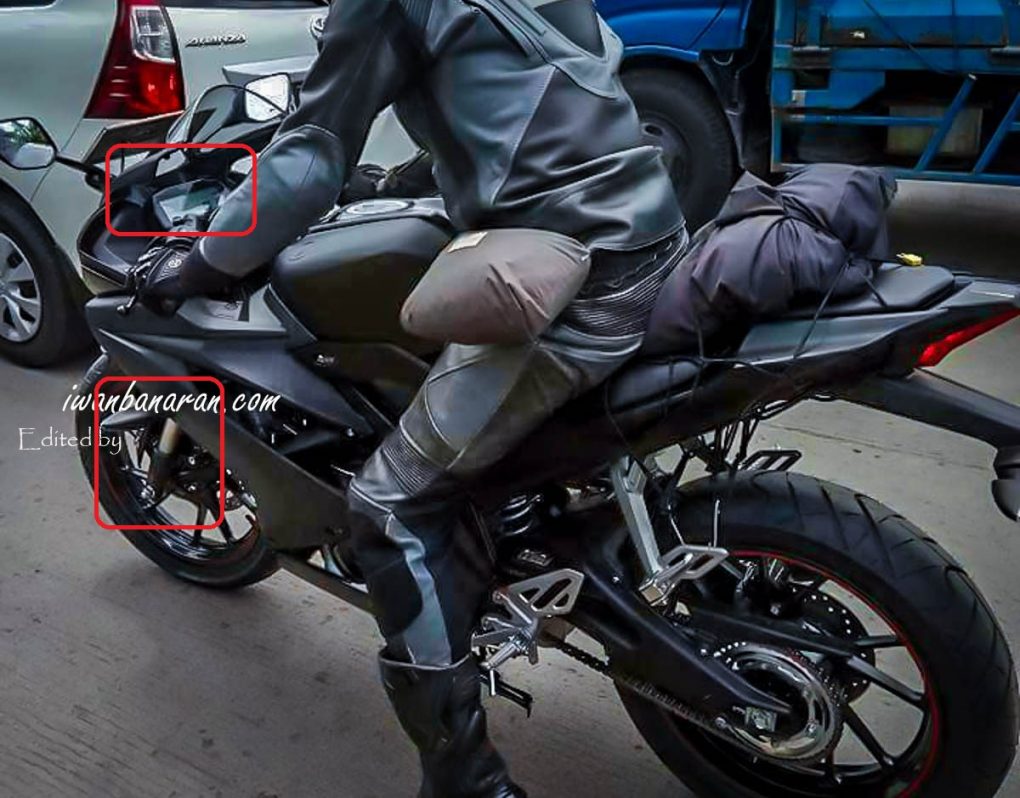 The version 3 gets a big change in the form of upside down front forks. Also notice the all-digital cockpit and the flowing tail. 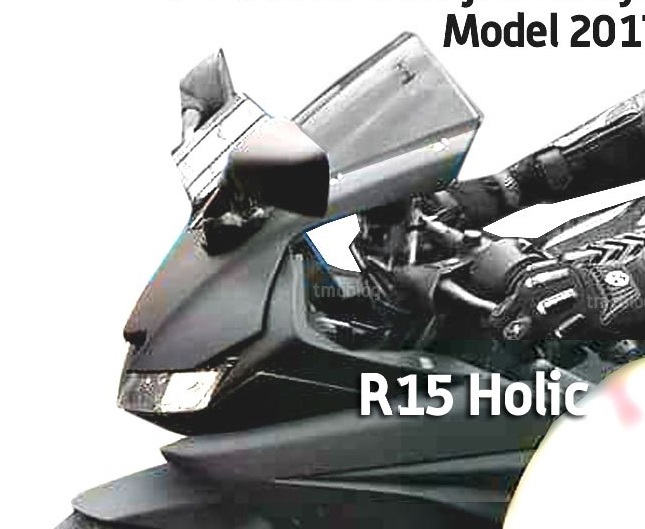 A side view of the fairing – lends it an eyebrow-down angry look. The visor appears elongated as well. 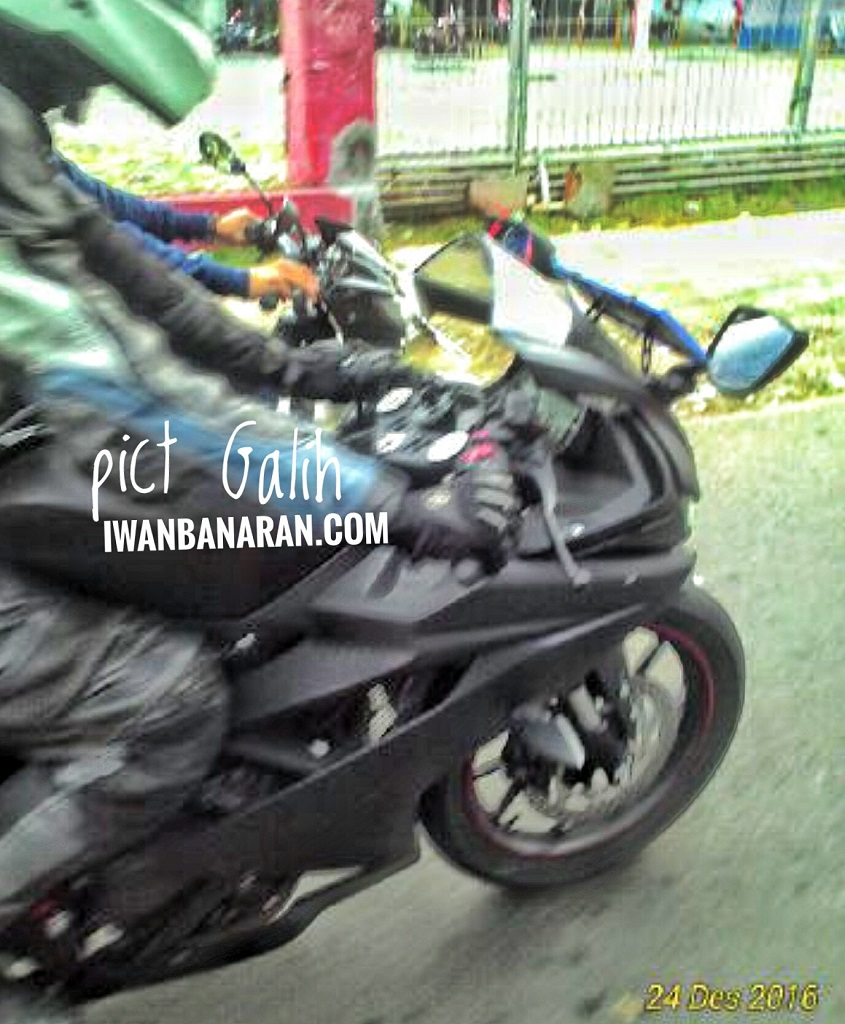 Not a comprehensive change to the side fairing. This view also gives a better look at the elongated visor. There is no ABS ring to talk about but it is expected to be on offer, at least in India. 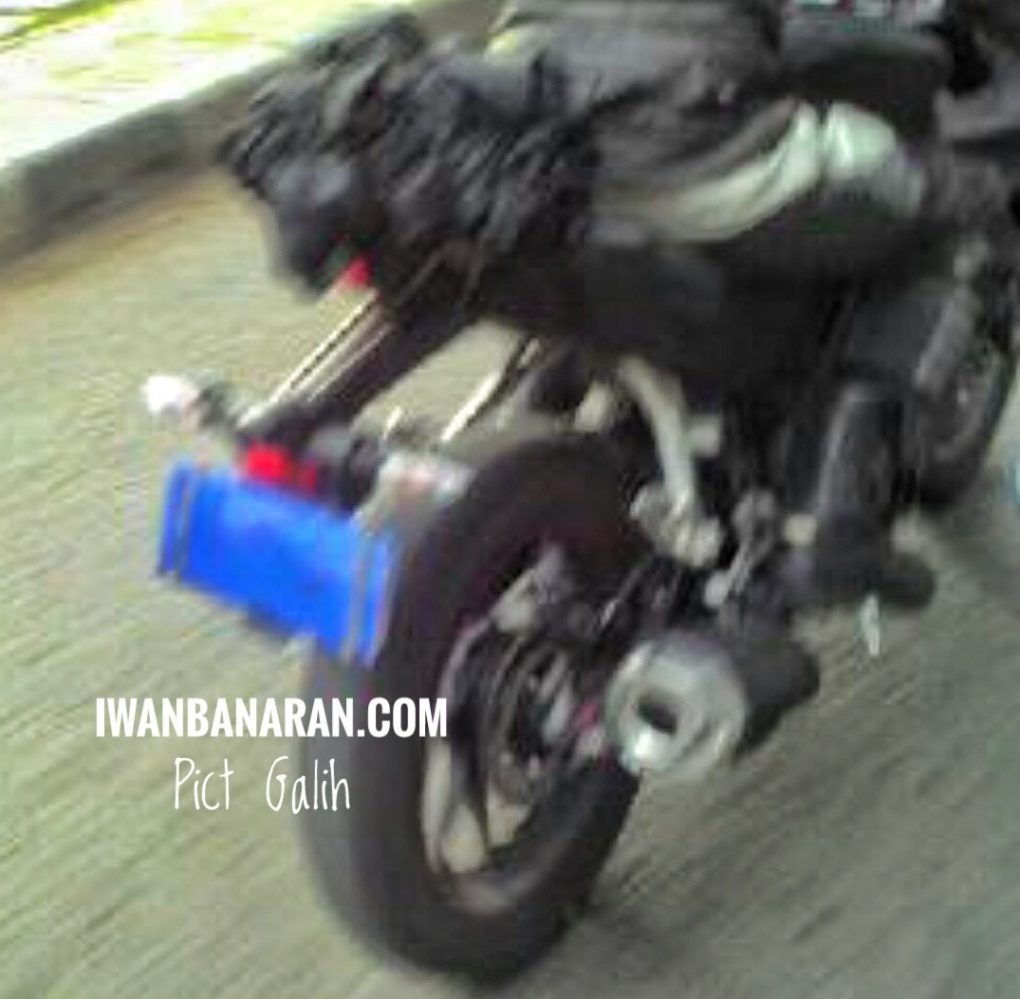 The silver-tip exhaust canister appears a little smaller and not as raised. 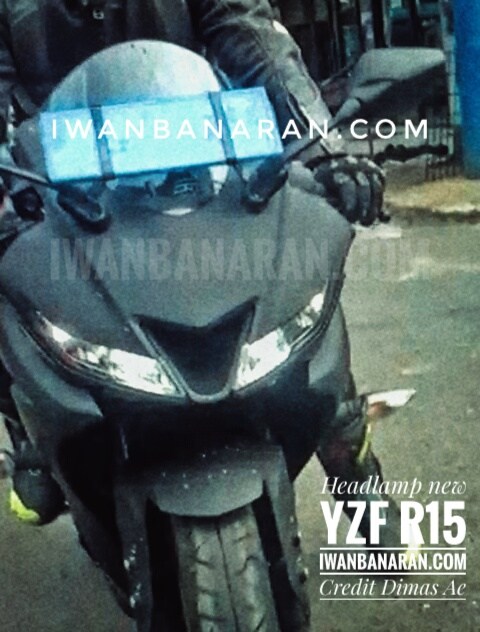 And for the first time the face of the motorcycle! We must admit its a job really well done Yamaha. The sweptback split headlamps (which appear to be LED units) get pilot lights on the corners. There is a big air dam in between (not sure if it is just a design element or functional to provide more air to the engine). There is a clear resemblance with the gorgeous CBR 600RR and that is a good thing actually. 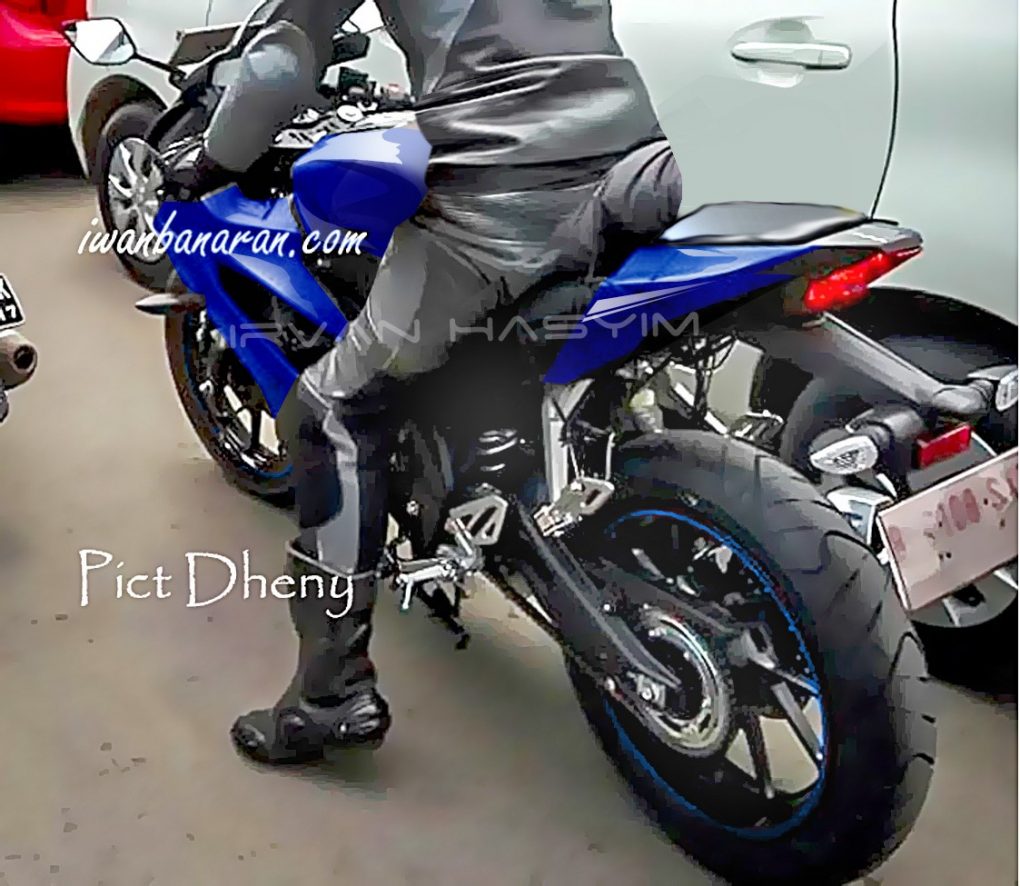 TMCBlog has posted a video of the motorcycle which is caught in traffic. It will give you a real sense of how it appears on the road.

So here we are with the new Yamaha R15 v3 completely revealed in these set of spy pics. Indonesian launch is expected in the coming couple of months. In India, Yamaha has organised a press conference for a major announcement on the 24th of January which appears to be the launch of the 250 cc FZ25. The R15 v3 is expected to be a mid-year launch candidate here.