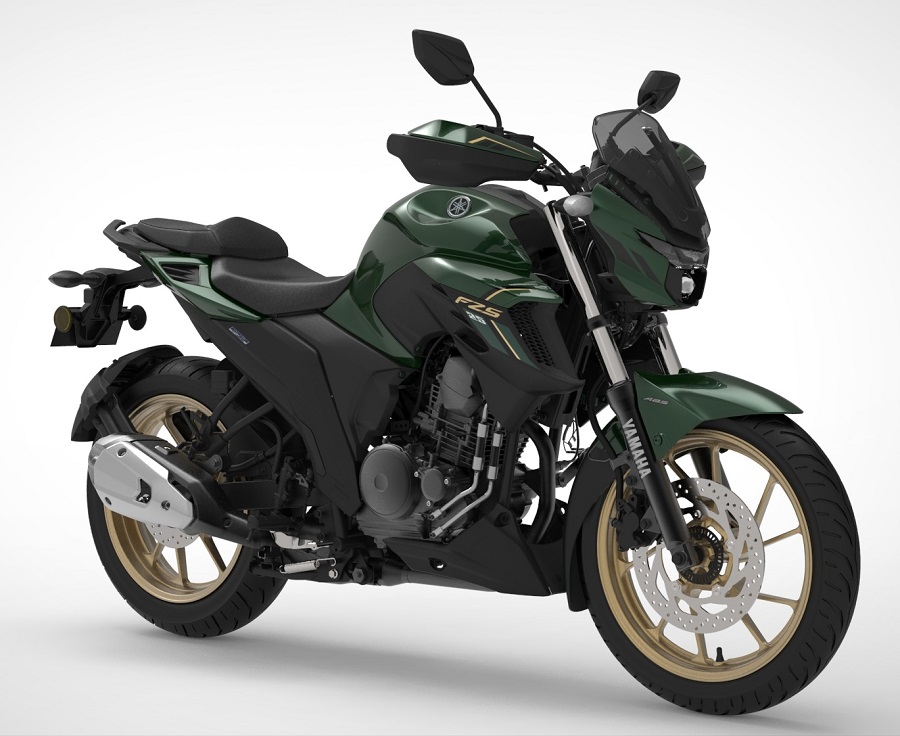 New Yamaha FZS 25 launch is expected to be in the second half of this year. It gets additional features than the FZ 25.

Yamaha FZ25 started with a bang! It registered impressive sales for a big part of its lifecycle and it was also joined by its faired sibling Fazer 25 to form a duo. However, sales have started to decline in the last few months. It is not that stellar a seller as it was initially.

To bring the motorcycle back to its golden days, Yamaha has taken a leaf out of its 150cc FZ strategy to branch out two variants of this quarter liter platform. It has revealed a new, more premium variant called as FZS 25. To create distinction the 250cc FZ has lost a bit of glitz and it now gets simpler colour shades.

On the other hand, the FZS 25 will be offered in funkier colour themes with added kit like knuckle protectors, larger windshield, LED headlamp, contrast coloured alloy wheels and dual tone shades. It will be sold in at least three colours of green, blue and white. But that is all what Yamaha has revealed about the motorcycle.

Obviously, it will be equipped with the same 250 cc single cylinder engine of the FZ25 but Yamaha has not specifically said that it will carry the same tune. It has ended the press note by saying “details of the all new FZS 25 will be announced later this year“.

Yamaha has specified that the new FZ25 BS6 will be introduced in April 2020 (more details). And that ‘later’ of Yamaha probably suggests that the FZS 25 may come in the second half of this year, probably before the festive season, according to our estimates.

If Yamaha manages to extract a wee bit of more juice from that motor on the FZS 25 (which is highly unlikely), it will put up a good fight against the newly launched Gixxer 250 range. Let’s wait and see what does Yamaha have in store for its FZ fans…