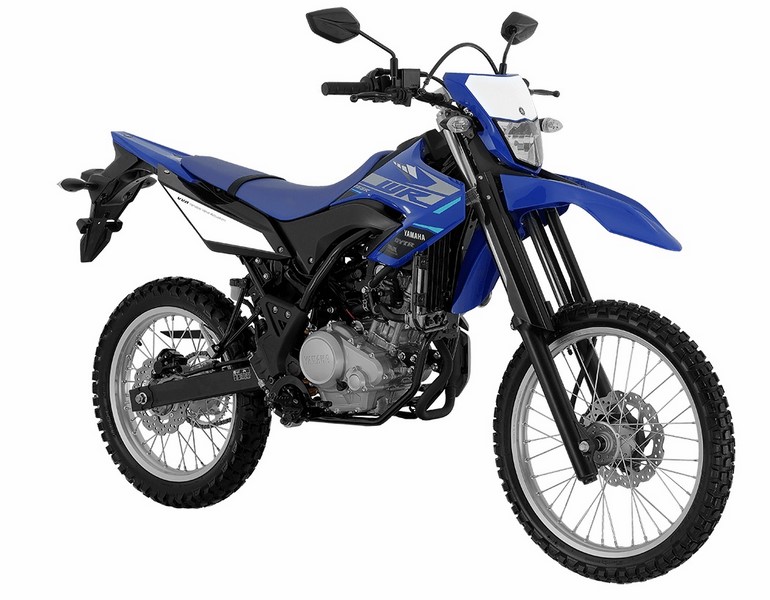 In a big surprising move, Yamaha has officially unveiled another all-new motorcycle based on the immensely popular 155 platform which also spawns products like the R15 and the MT15. The motorcycle called as WR155 R is Yamaha’s smallest dual sport motorcycle in the ‘WR’ range which has products like the WR250 and others.

Yamaha WR155R is more of an off-road dual sport rather than an adventure traveller. It is powered by the same 155cc VVA-equipped, liquid cooled, SOHC engine which is good for 12.3 KW (16.73 PS) of peak power at 10,000 rpm and 14.3 Nm of max torque at 6500 rpm. It continues with a 6-speed gearbox. The motorcycle is mounted on a semi double cradle frame.

Off-road traits include dual purpose, knobby tyres – front is a 21 incher whereas the rear is an 18 incher; mounted on aluminium spoke rims. Unlike the R15, the WR155 does not come with upside down front forks but the travel is higher. The rear is a linked type monocross with Gas, Oil and adjustable pre-load.

Now, this is an interesting development from Yamaha and since we do not have a very big off-road spec motorcycle market in India, and that this one will cost almost 1.60+ Lakh in INR, should we get a chance?