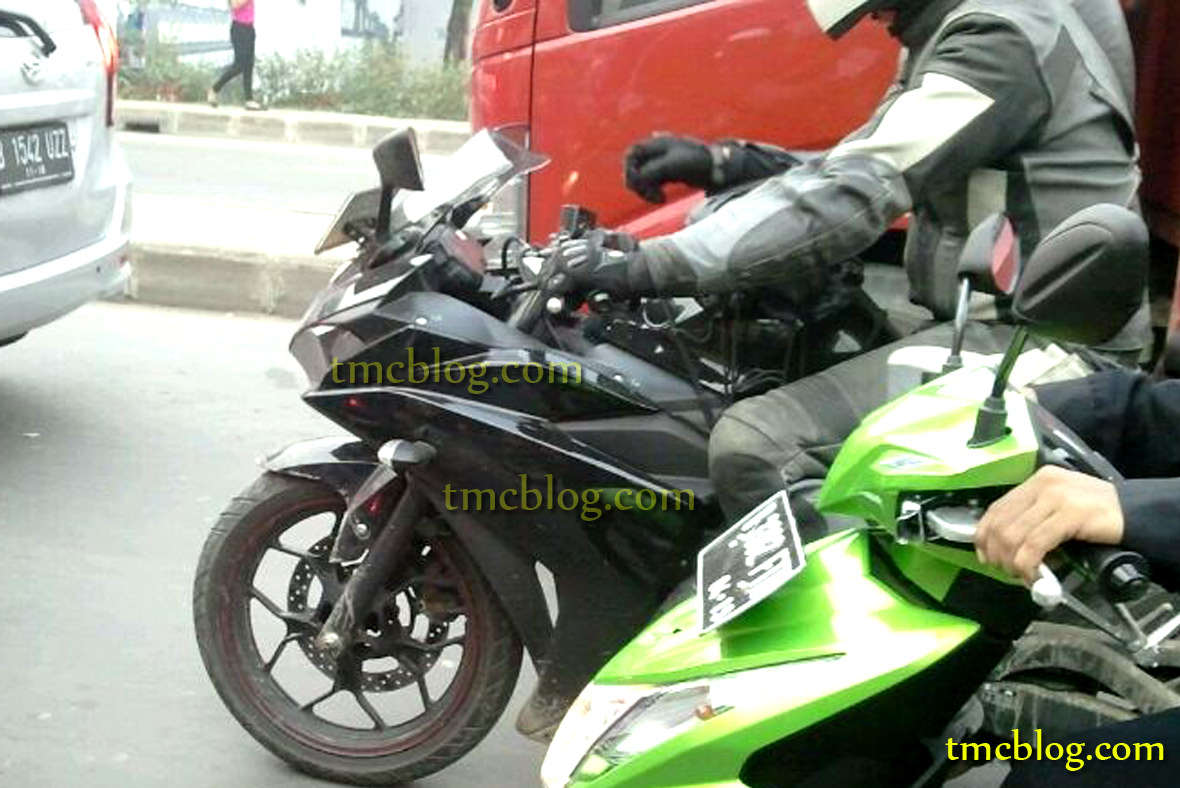 Yamaha has been silent for a long time about its R25, but it seems to be ready with the onslaught. Just a couple of days back first test mules of the upcoming bike made way on the interweb and today we have some more, this time clearer and more revealing courtesy TMCBlog.com. 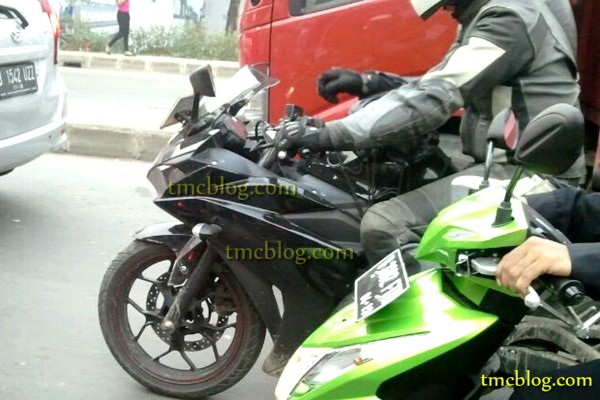 These new spyshots give us a good side view of the fairing. It looks pretty much like what the Japanese magazine (Young Machine) had showed it to be via computer simulation. While we had been salivating with just a rendered image, the motorcycle looks much more captivating on the roads.

The front fairing has some solid cuts and has a distinct level of sportiness attached to it. The plastics though somewhat destroy the premium feel but that might just be the effect of the low resolutions of the spy shots. Interestingly, the seating posture doesn’t appear to be too aggressive. It doesn’t even look R15-like aggressive! 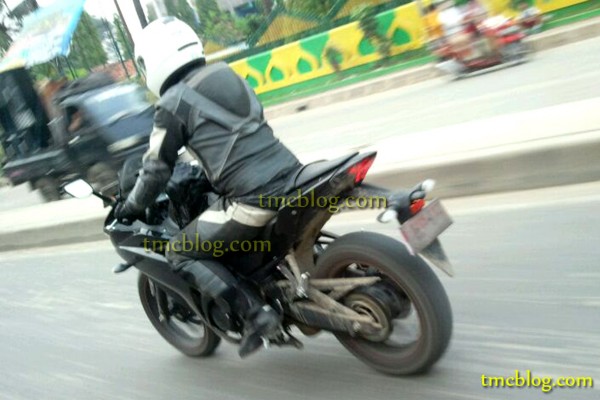 The rider seems to riding it with an almost erect back. This goes against the initial hoopla that Yamaha created hinting it to be a more race-bred aggressive bike. Even the R25 concept had extremely low-set handlebars. So does this mean the production version will be a lot muted?

The quarter litre motorcycles segment is getting increasingly popular the world over and should see even more hullabaloo once Yamaha R25 is released. The front lights are believed to house twin-headlamps and may just be like that of the R6.

The high set muscular fuel tank and LED tail lamps have a futuristic aura. It can be expected to carry forward the family lineage of analogue tachometer and digital speedometer. A plethora of lights can be expected to be present around the tacho providing loads of information. And if you were waiting for a ground-floor pillion seat, let us assume that you are disappointed!

Related: Clearmost Spyshots of Upcoming FZ Version 2; Will it Get 170cc 17PS Engine?