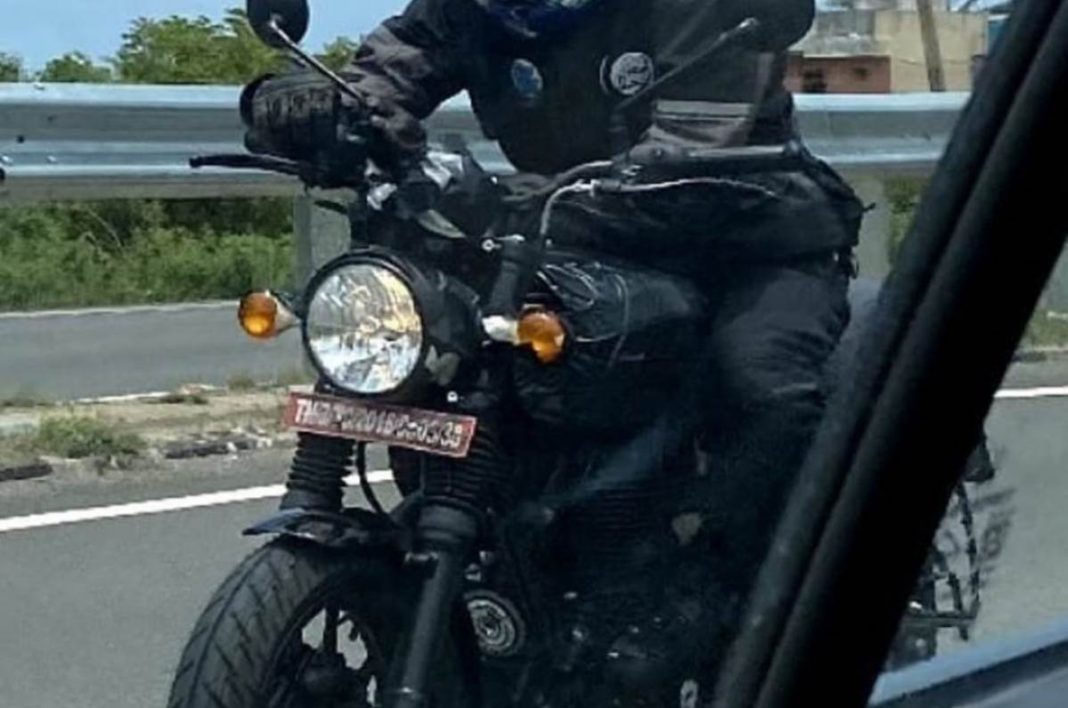 A stout 350cc motorcycle from Royal Enfield has been spotted testing again. This is the same bike that is believed to be called as the Hunter, however, there is no concrete evidence of the same yet. From the front, the bike looks typical retro and follows Royal Enfield’s design philosophy.

The bike also features alloy wheels, telescopic wheels at the front, twin shocks at the rear, a single disc brakes on both the wheels, and split grab rails.

It’s not the first time when this particular model has been spied on the road. It is known that this motorcycle will also carry the same 349cc engine from the Meteor 350 with a 5-speed gearbox pumping 20.2hp of power and 27Nm of peak torque.

As can be seen in one of the spy pics, the Hunter 350 will also get the company’s Tripper Navigation that is going to many models. We aren’t sure when will this be launched but expect it to be here in the months to come.

Leaked: Is That Royal Enfield SCRAM 411…?