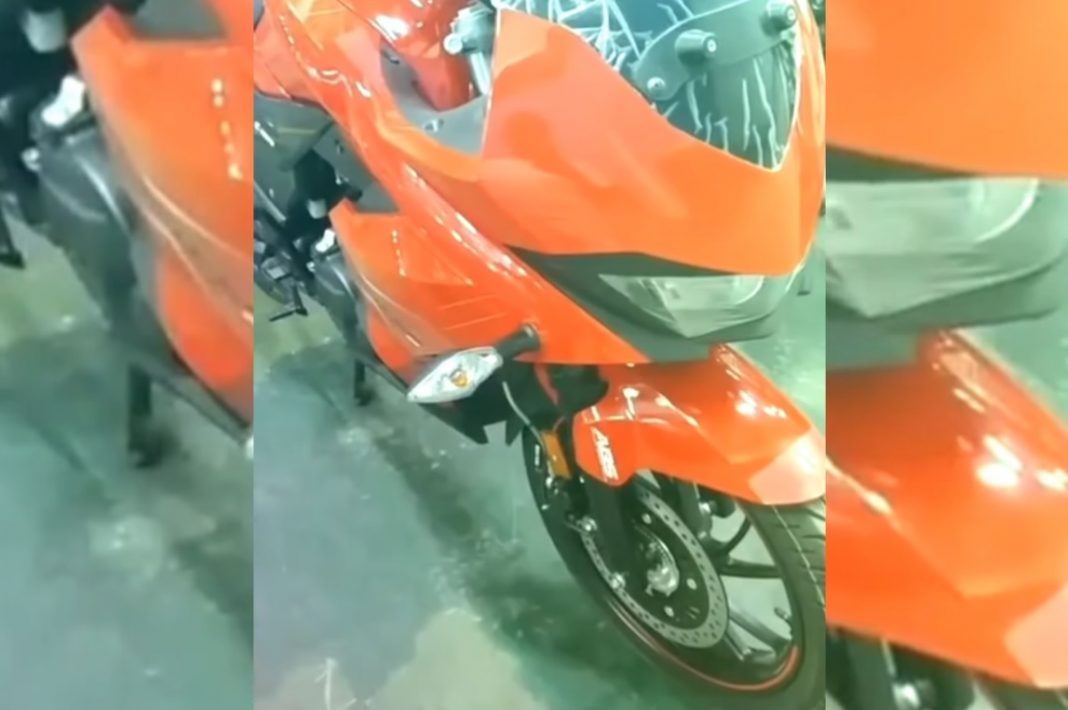 A mysterious full faired motorcycle has been spotted in a short video clip. The motorcycle draped in orangish red colour has a big resemblance with Hero’s products and looks muscular from whatever limited angle of view we have.

The complete front assembly – mudguard, disc braking setup, alloy wheel design, ‘ABS’ logo and even that reflector, looks to have been lifted from Xtreme 200R. You have seen that all digital instrument cluster on the upcoming Xpulse. And finally that logo on the side cowl probably reads ‘Hero’ and is at the same position as it is on the Xtreme 200R.

Upfront is an aggressive looking headlamp (could be a split dual LED unit) and there is a hell lot of surface area where Hero is expected to spill its graphics and stickers.

The engine crankcase casing looks similar to the Xpulse as well suggesting that this could continue to be a 200cc motor. On the Xtreme 200R it produces 18.4 PS of peak power and 17.1 Nm of max torque. Hero also has the option of the fuel injected version of this engine which they use for international markets.

Hero can label this full-faired sportster as Karizma (as they had told us once that they will not let the Karizma brand die) or it can come under the ambit of the Xtreme brand as well. Considering the completeness of the motorcycle it appears to be close to production and a launch can be expected soon.

But considering the fact that we have seen production-ready Xpulse more than one year back and Hero has still not launched it, nothing can be certain about its timeframe apart from the fact that it exists!