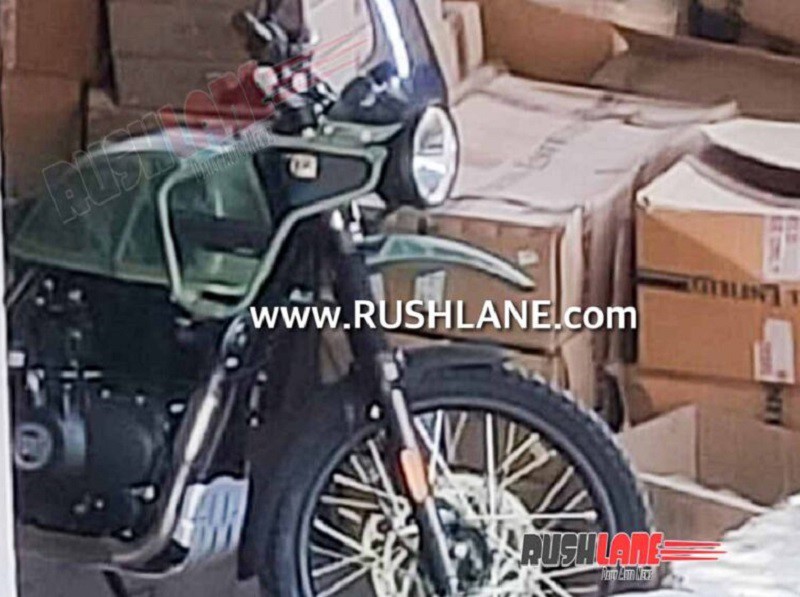 New Himalayan launch expected in the next few weeks. Apart from fresher colors it will also get additional features including tripper navigation…

We must thank Royal Enfield for giving us an affordable mid capacity Adventure motorcycle. Though it initially messed up with its quality, the company has been trying a lot to improve upon it. And the current model is fairly reliable.

And that is not where the story ends. Just a year after upgrading the model for Bharat Stage 6 compliance, there is already a new model under works. After few spy pics, we now have images of the production version.

In a latest, the 2021 Himayalan has been spotted in green color and those ‘Royal Enfield’ branded boxes suggest that this could be some company’s facility. According to the earlier leaks, official name of this shade could be ‘Pine Green‘.

Other colors may include Granite black and Mirage silver. From the existing shades the Sleet Grey, Snow White and (current) Granite Black may reportedly get discontinued.

Apart from cosmetics, the 2021 Himalayan will also be equipped with Tripper Navigation system – the turn by turn system that first found its application on the Meteor 350. For an Adventure model, this is an even more useful feature. You can connect your smartphone to the instrument cluster via Bluetooth and get host of information on a separate console that has been added to the new model.

Considering that the model is absolutely ready, we believe there should be an official announcement of its launch very soon. It may continue with the same engine performance though!