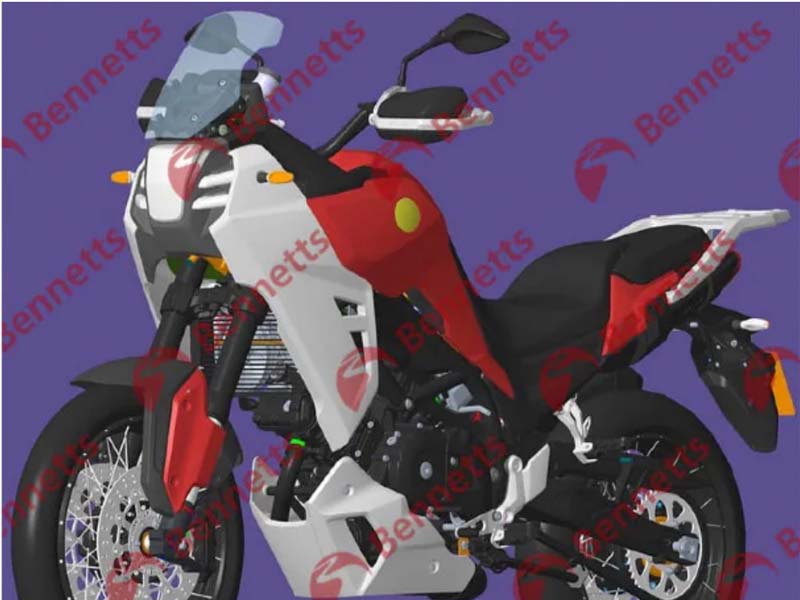 Fresh patent filings show a new Benelli 650 ADV that will sit above the TRK502 range. It has an unconventional design..

Some latest patent filings have been revealed from the Benelli camp which indicate an upcoming 650cc motor-based mid-size ADV. It’s not sure whether the ADV will carry the Benelli or QJMotor badging as both of them share the same chassis and engine technology.

The new ADV will draw its power from a 650 cc v-twin engine. It will be a new offering from Qianjiang (parent company of Benelli and QJMotor) that may churn out close to 70 bhp of power.

The 650cc adv bike seen in the patent filings has an interesting front fascia which is nothing usual we see on ADV bikes. It looks like there is a single headlight supported by DRLs on the square shaped frame.

Upon its launch, the this QJMotor or Benelli 650cc ADV will rival the likes of Suzuki V-Strom and Versys 650 from Kawasaki. It will be placed over the TRK502 range. There is no confirmation or info about its production or launch timelines as of now.