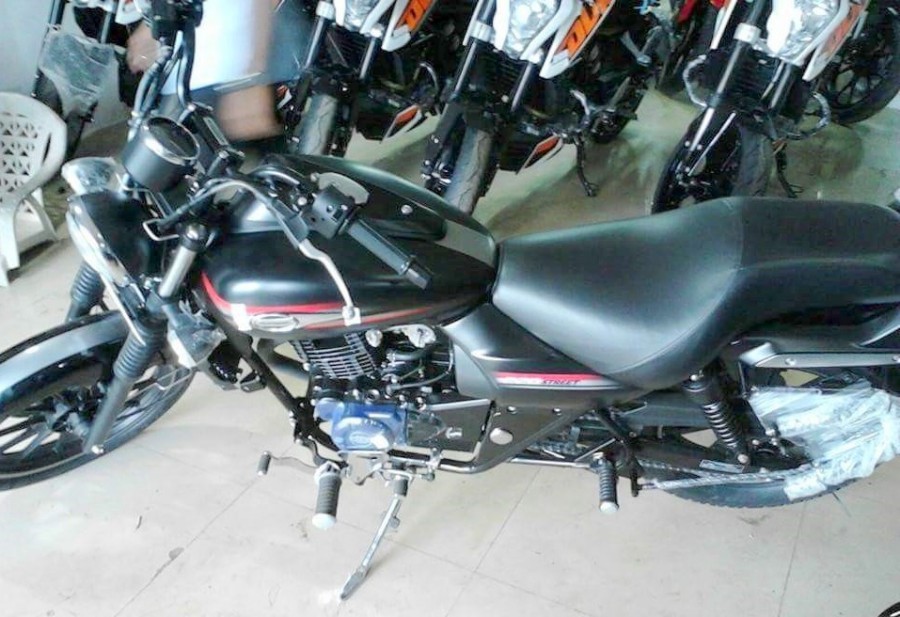 After focusing on refurbishing the Pulsar range during the last few months, Bajaj is all set to launch an updated Avenger and finally, the model has been spotted at some dealership with a Demon black Pulsar RS200 in the background. There is also a spare engine lying around for some strange reason!

A very recent snippet from a prominent portal claimed that there are three new Avengers coming to the market and very soon. We are not sure if the number is three at the moment but what these latest pictures suggest is that at least one of them is real and coming soon.

Talking about the product in sight, the new Avenger seems to have drawn a lot of cues from Harley Davidson Street 750 and in fact the side cowl has ‘Street’ written on it. 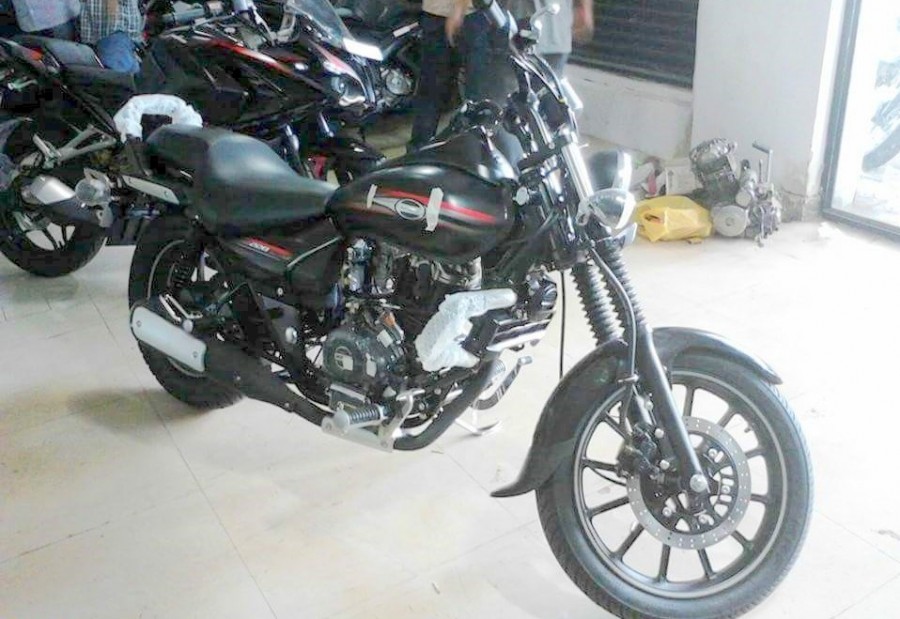 The new Avenger Street has got an all-black theme along with the new 12-spoke alloy wheels (metal spokes are gone). We see fork covers and the black handle bar gets Avenger branding with new instrumentation console with a digital-analogue setup. 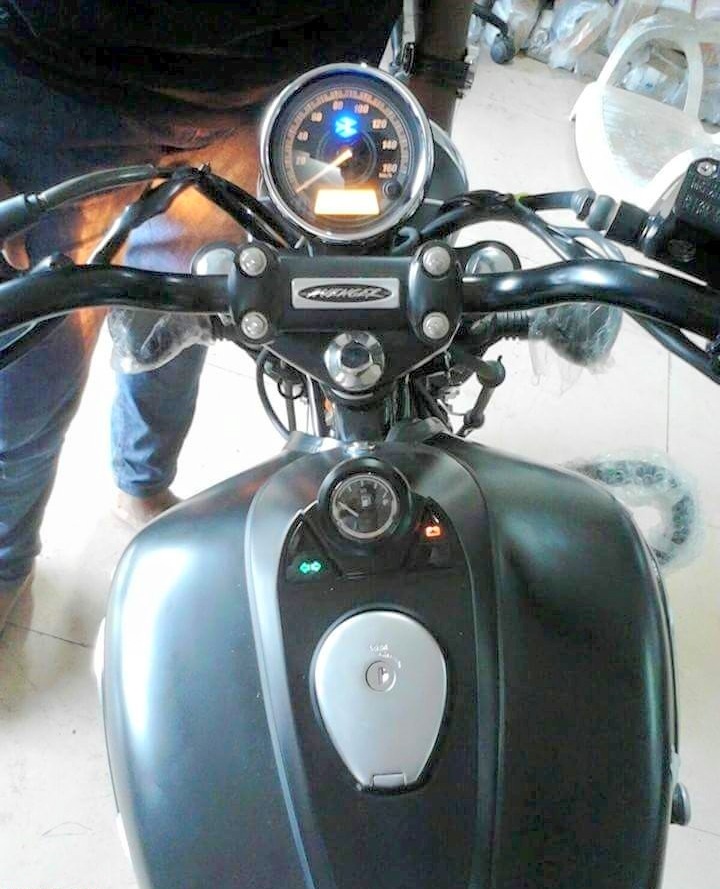 The back-rest is not be found and in place is a simpler grab rail. The model spotted also appears to get a matte black finish along with clear lens indicators.

The spyshots do not clearly reveal this but the new Avenger Street doesn’t appear to be carrying the new 200 cc engine from the Pulsar AS200/NS200 and it may continue with the same 220 cc motor from Pulsar 220. This motorcycle doesn’t get rear disc brakes and it appears that Bajaj has played safe and is about to introduce a new cosmetically refreshed model rather than an all-new product. What are your first impressions?