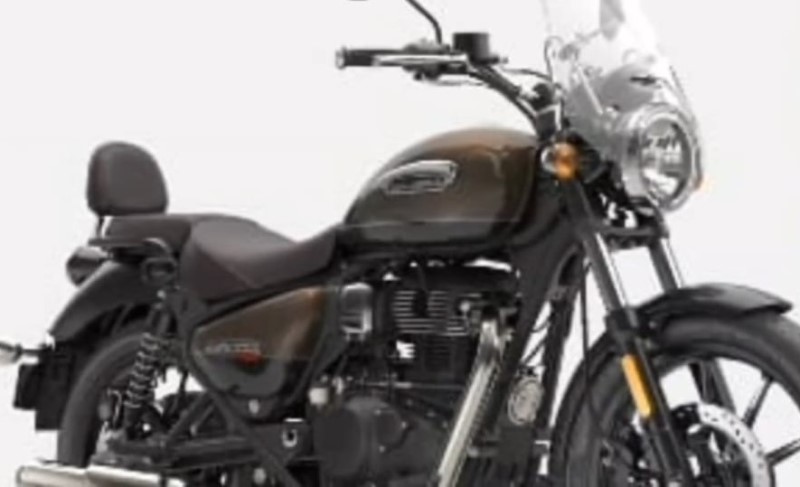 After a real long time Royal Enfield, which harps on its classic pedigree and retro motorcycles, is building an all-new platform which would spawn its next-generation of motorcycles.

The Meteor 350 will be the first motorcycle that would debut this platform to us. It has been absolutely ready for some time but COVID-19 has delayed its official introduction. But now, as we are inching closer to its launch, new details are getting revealed every other day.

In a latest, the most awaited – motorcycle’s specs have been leaked through a slide shared by a Youtuber. Meteor’s 350cc, long stroke, single cylinder engine produces 20.2 bhp of peak power and 27 Nm of max torque. In comparison, the current 350cc engine on the Classic churns 19.1 bhp and 28 Nm. This means that power has gone up by 1.1 bhp but torque is down by 1 Nm.

Royal Enfield claims instant acceleration, refinement, high torque at low rpm and most importantly – signature thump from the new-age engine. It is, however, not known whether the motor still uses pushrods or has been upgraded to SOHC (like the 650 twins).

Apart from that, one slide also mentions ‘Newly developed clutch and transmission’. Going by the speak, it appears it is still a 5-speeder. RE says there are lesser number of parts and linkages and there will be smoother clutch operation and gear shift and higher clutch life.

It will be very interesting to see how well the new-age platform is accepted by hardcore Royal Enfield lovers. Though there has been no official communication so far, but chances are that Meteor 350 will be launched within this month…