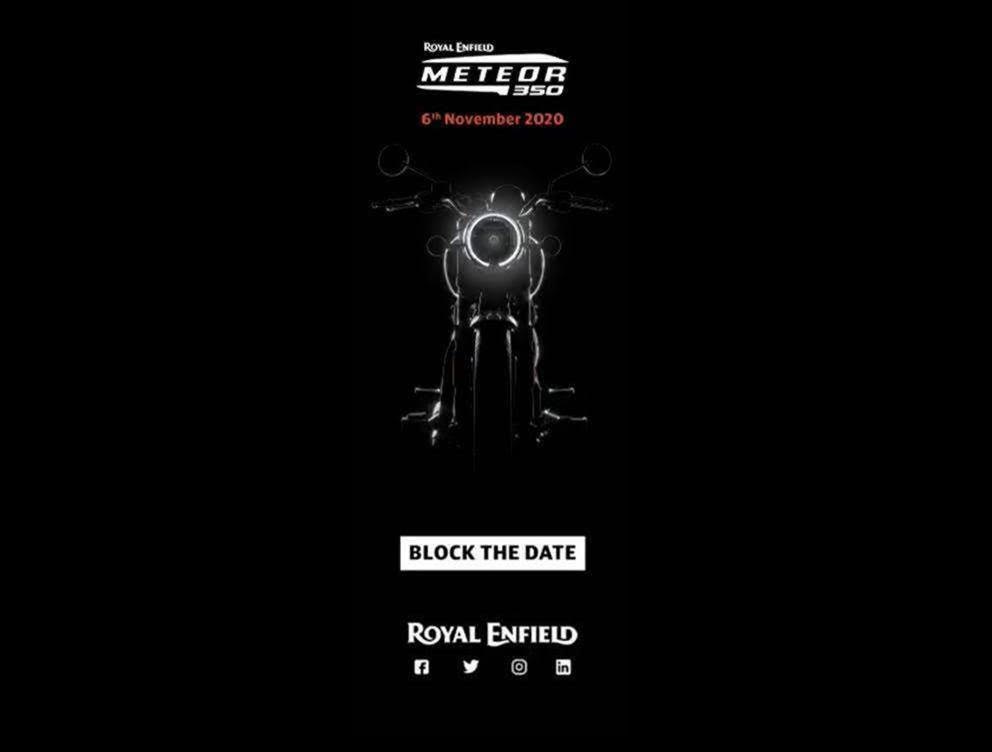 Meteor 350 launch date has been officially revealed by Royal Enfield in a Block Your Date mailer. Meteor will be an all-new product built from ground-up…

After a lot of delay, Royal Enfield has finally signed off the Meteor 350 for an eventual showdown. It has sent block your date invites to the media for 6th November teasing the all-new Meteor 350. It is also a possibility that the company was allowing Honda to take its step before formulating/reformulating its strategies with this new model.

The Meteor was ready even before the lockdown happened in India and it was just a matter of time before we got this mailer. It will be a Thunderbird replacement and is based on a new platform and engine. It is already known that it produces 20.2 bhp of power and 27 Nm of torque from an air-oil cooled 350cc motor. The company will be promising instant acceleration, higher refinement along with that signature thump for its new-gen motorcycle.

It will be a big step for the company as most or all of its high selling 350cc products will convert to this new platform in the months/years to come, including the Classic 350. The success of the Meteor 350 will decide the future course for the brand.

For now, the Chennai based maker is planning to offer a comprehensive package which will also include customization options for the cruiser. It is expected to launch at around Rs 1.60 Lakh to Rs 1.70 Lakh ex-showroom, undercutting the Honda’s latest salvo in the form of CB350.