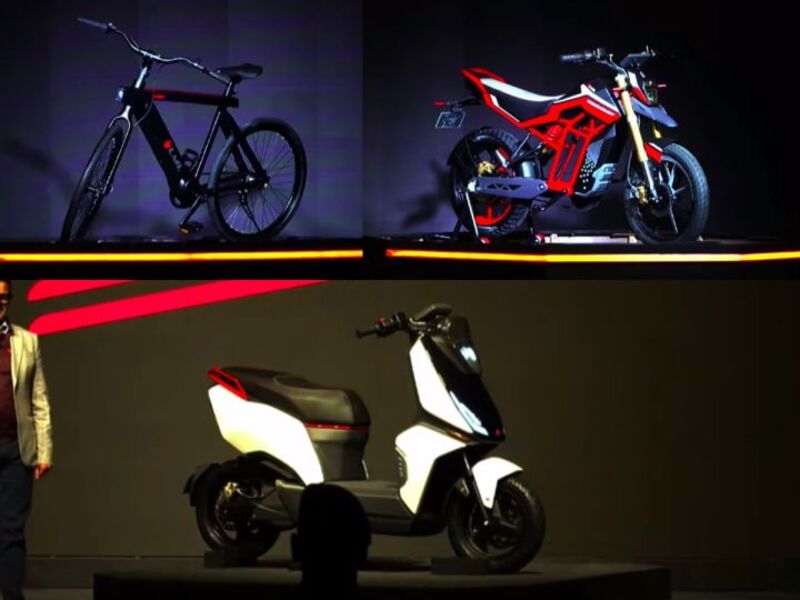 So finally, Lohia Machines Limited (LML) have resurrected and have donned a new persona – Electric.

Let’s talk about all three quickly –

The new LML Star introduced by revived LML is their electric scooter offering for the Indian market. Look at the scooter and you can quickly identify that the new scooter is built for the future with the propulsion system of the future – Electric.

It has a distinct, futuristic design with sharp lines and a compact design. The lights are integrated into the front apron, and mounted on top of the apron is a minimalistic handlebar with a small display which will offer all the required information such as speed, charge remaining, etc.

The specs and feature-list of the LML Star have not been shared by the company, as of now. Yet, we can see that LML have tried to keep the costs of their offering low by using a conventional hardware setup, using telescopic forks, a monoshock with an Aluminium swingarm and more. Braking will be handled by single-disc setup both at the front and the rear of the new electric scooter.

The quirky-looking Supermoto-styled bike-moped hybrid is the model that leaked a few days ago. LML have named it the Moonshot – which tells us that the company have high hopes for this model of theirs.

The uniquely designed electric moped Moonshot has taken design inspiration from small dirt bikes or supermoto machines with a trellis frame, USD forks & monoshock suspension hardware, decent ground clearance and the addition of pedals to complete the moped persona. Braking, again, is the responsibility of single-disc at the front & the rear.

The company has introduced the Moonshot as a performance machine and has teased a top speed of nearly 70 km/h. But how the pedals get integrated the working if the electric bike is yet to be seen and understood.

Moving away from the quirkiness, LML Orion is their last offering the company unveiled at their event.

The Orion is LML’s attempt of bringing the Electric Bicycle into mainstream use of the general consumer. It appears to be an electrified version of how we generally perceive a Bicycle. It sports the traditional design of the bicycle with a little futuristic touch and smooth integration of the electric propulsion system.

The Orion was teased with having haptic feedback technology along with in-built GPS system for navigation purposes.

Finally, LML have just unveiled these 3 products yesterday, with the launch slated to be in the second half of 2023.

The LML Orion will slot itself in the Electric Bicycle segment and could be priced around Rs. 30,000/-.