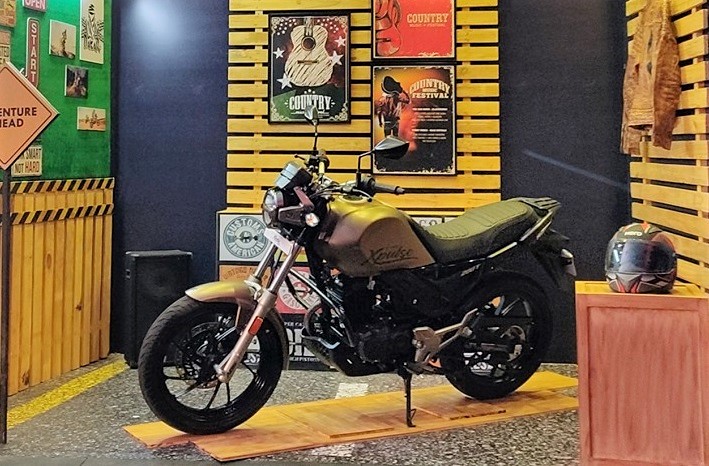 Along with the full faired Xtreme 200S and the temptingly priced Xpulse 200 ADV (launch links of both in this story), Hero also added another motorcycle to its line-up – the Xpulse 200T. That ‘T’ is a suffix for ‘Tourer’.

Unlike Xpulse 200, Xpulse 200T is being offered only with a carburetter (no FI version). It is the cheapest of all the 200s launched today. Being a road-spec model, it doesn’t get knobby tyres of the Xpulse 200 ADV; the wheel size is also 17 inch for both the front and rear. It gets LED headlamps and tail lamps, all-digital Bluetooth enabled instrument cluster, which is also capable of showing turn-by-turn navigation, among other information.

It gets a 14 liter fuel tank which should provide decent full tank range. Single channel ABS is standard on the motorcycle. It has a seat height of 795 mm and weighs 150 kg (as compared to 154 kg of Xpulse 200).