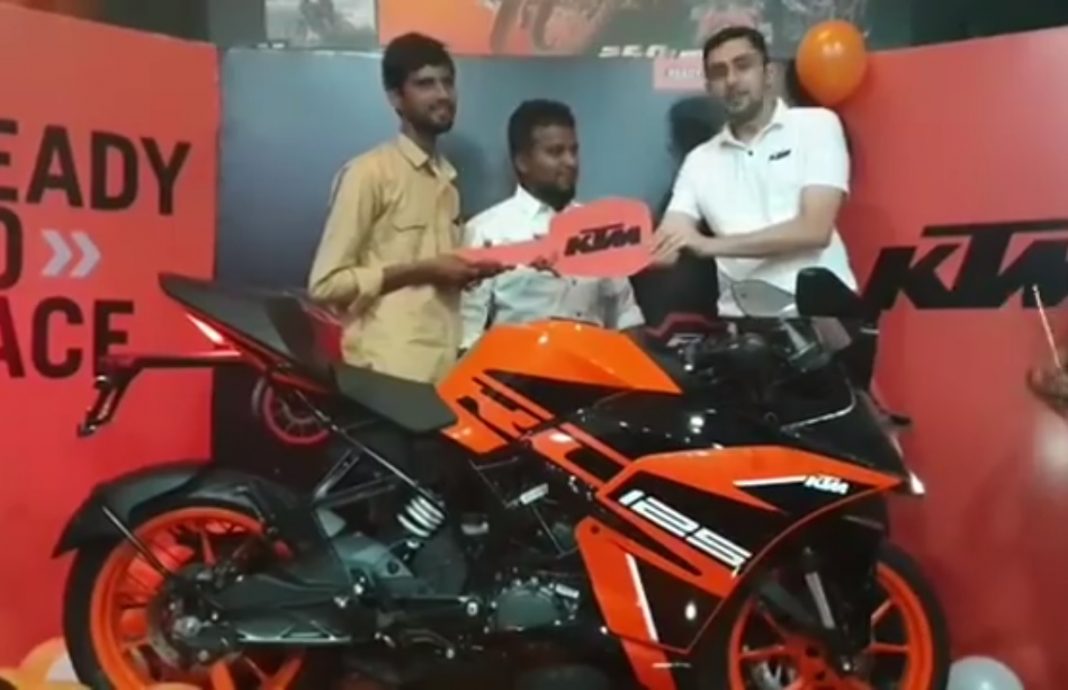 KTM RC125 deliveries have started at a few dealerships. With that price tag, will the motorcycle be able to hold onto the momentum…?

Despite the hike in motorcycle prices due to mandatory ABS, KTM has been able to keep the entry point into its fold accessible. They were already making their smallest 125cc machines – Duke 125 and RC125 in India, but they were limited to the export markets, since it was believed that 125cc sports segment did not exist in India till a few months/years back.

KTM decided to bring in both the motorcycles and the response for its Duke 125 has ensured that there appears to be a lot of market potential in this segment. They followed it up with the full faired RC125 at a steep price tag of Rs 1.47 Lakh very recently (link to launch story). And within a few days of its official announcement, KTM dealerships have already commenced deliveries and bookings are open at all authorised showrooms. The featured pic shows bikers taking deliveries of their motorcycle credit Dino’s Vault.

Considering that it essentially remains a 125cc motorcycle, and that it is priced higher than the much more powerful Yamaha R15, it will be interesting to see how things pan up for this miniature supersport! I think KTM will count the combined sales of both the 125ccs.

In terms of specs, the RC125 produces 14.5 PS of peak power at 9250 rpm and 12 Nm of troque at 8000 rpm from its liquid cooled, DOHC, 125cc engine. It comes with a single channel ABS as standard and that steep price is tagged as ‘introductory’ by KTM.