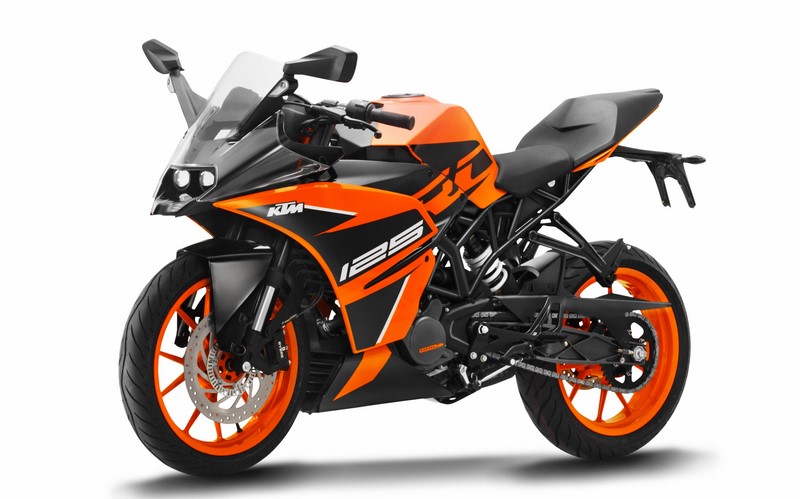 KTM RC125 price is about Rs 17,000 more than Duke 125. It gives you an option to own faired superbike-like looks in a smaller packet…

KTM has officially announced the launch of the new RC125 in India. It joins the Duke 125 in forming the entry range into the KTM fold. It carries the same design language of the bigger RCs and carries over the steel trellis frame, 43mm upside down front forks by WP, triple clamp handlebar etc.

At this price it is about Rs 17,000 costlier than Duke 125. This, KTM says, is an introductory price which means there is a possibility of the motorcycle getting costlier in the months to come. It must be known that Duke 125 was launched at an introductory price of Rs 1.18 Lakh and within six months it has seen a price hike of Rs 12,000.

At a dry weight of 154.2 kg the RC125 has a ground clearance of 157 mm, much lesser than Duke. It continues to sport twin projector headlamps with DRLs like the other RCs and is available in two colours.

Bookings have commenced from today across all the 470 exclusive KTM dealerships in India. Deliveries will commence from June end.