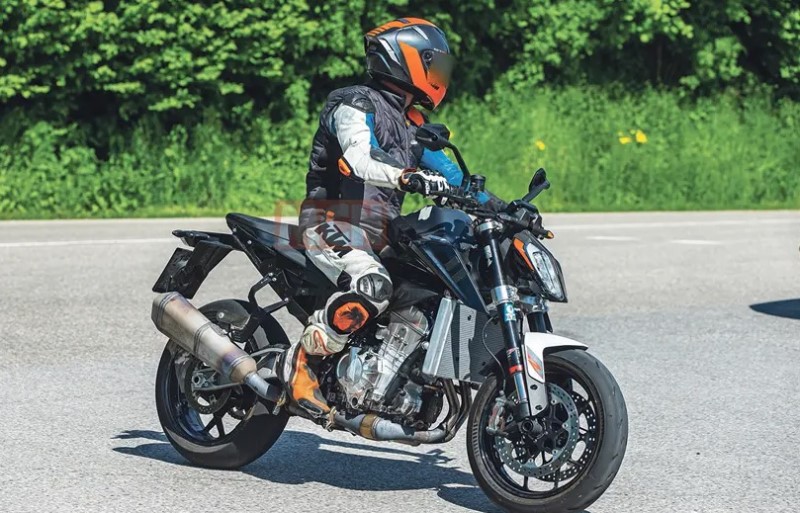 Are these 990 Duke spy pics? Is KTM planning a new streetfighter over its 890 Duke? Is that a good idea..?

Apparently, KTM is planning to introduce another naked motorcycle in its Duke lineup. Some pictures of a test mule have surfaced and they feature a motorcycle that is likely a step up model from the 890 Duke. According to Motorcycle.com, we could be looking at 990 Duke!

A near 1000cc, bigger motor will comply with the upcoming Euro5b emission norms. The bigger exhaust muffler and a visibly large radiator can be seen in the pictures. So, this design may have to do something with producing lesser noise as per pollution norms.

The bike in the picture has a split seat design, mono-shock on the rear, dual front disc brakes probably with Brembo brake calipers.

It is most likely to offer LED lighting and has a similar headlamp design as the other Dukes.

Back in 2018, KTM stepped into the naked supersports category with the 790 Duke. Later the 890 Duke entered the lineup with more power and muscle!

Back here in India, we recently spotted the 790 Adventure at the company’s production facility. It may come to our market after the 790 Duke got discontinued last year.

Coming to KTM’s scene in India, the maker has temporarily reduced the price of 250 Adventure while hiking it for the 390 Adventure.