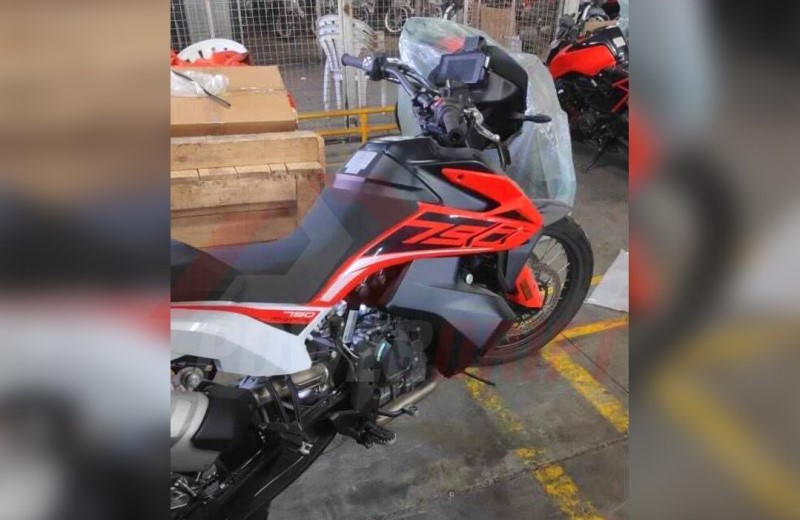 790 Adventure launch in India is waited since its first showcase back in 2019. It may be a replacement of the 790 Duke…

Now, this is an interesting update. A 790 Adventure has been clicked inside Bajaj’s Chakan facility. This is where the company makes other (smaller) KTMs for the Indian as well as international markets.

This is a big hint at the possibility of the Austrian brand considering the mid-size ADV for our market. The 790 Adventure made an appearance at the 2019 India Bike Week but KTM did not reveal many details about its India-coming.

Earlier, KTM used to sell the sibling 790 Duke in India, however, it has been discontinued. KTM could be believing that a mid-size ADV will do better than the streetfighter and hence, the Adventure could be a replacement of the naked.

The 790 Adventure has a bigger TFT display. On the left handlebar, there are the buttons for riding mode selection. As a staple for any adventure bike, the KTM 790 Adventure has spoke wheels that will make the ride in tough terrains easier.

You can also see from the photos that the 790 Adventure has a split seat arrangement with a tail section to fit panniers to store biking accessories and other important stuff during long road trips.

Ahead of Launch the KTM RC 200 Has Been Spotted

The bike gets an adjustable clutch with slipper assist. It carries the same parallel twin motor from the 790 Duke, but power is slightly lower. We expect the BS6 compliant motor to churn close to 90 PS.

In its segment, the KTM 790 Adventure, when launched, will compete with the Triumph Tiger 800 and BMW F850 GS. Like the Duke, the 790 Adventure is likely to come as a CKD. We expect it to be here in the coming few months at a price tag of around Rs 8-9 Lakh.