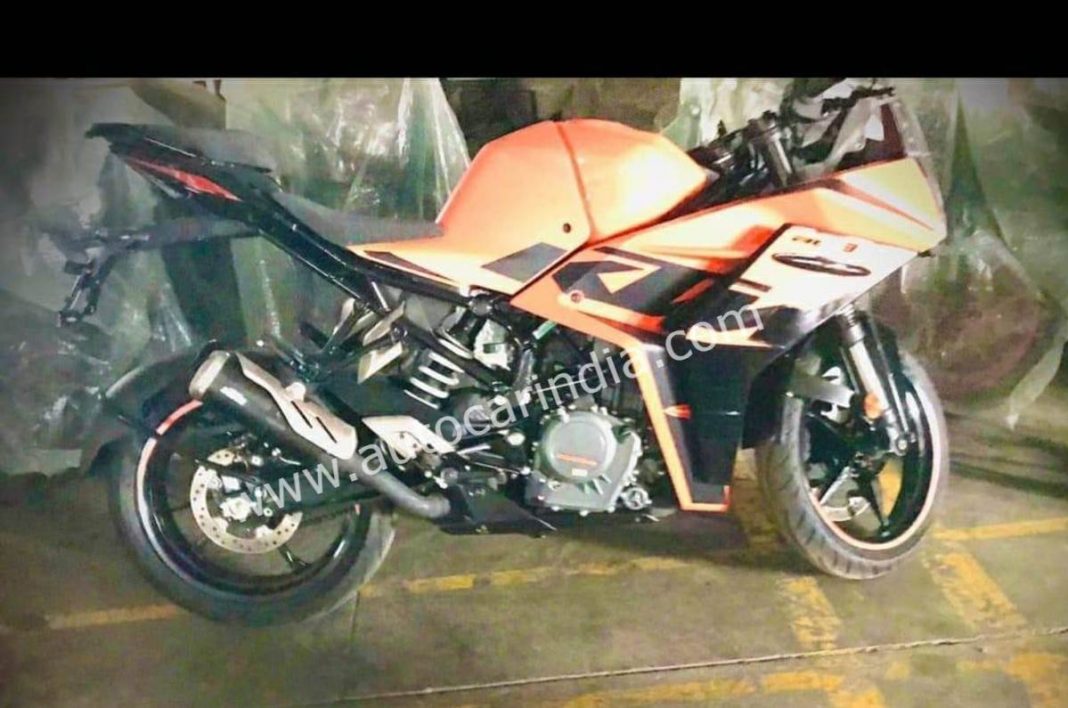 2021 RC390 launch can now be expected in the coming few months (or even weeks). But aren’t you confused with its proportions…?

KTM seems to be doing something drastically different with its next-generation RC390. The motorcycle will be getting a comprehensive makeover in terms of design and that is, kind of expected! However, from the spy pics that have surfaced so far, reactions appears to be in the negative.

KTM is killing the hooligan-like twin projector headlamp design that made it look so aggressive. In place will be a single headlamp which looks pretty close to the one on the 390 Duke. The fairing design has also been altered and there is some element of disproportion in it.

Apart from the styling, the new RC390 is also getting ergonomic changes. The current model is almost a supersport with its low set clip-ons and rear-set footpegs. This has made it a bike preferred by hardcore KTM lovers. But now, KTM wants to make it a more versatile motorcycle – one that could be slightly tilted to sports touring. In place is a slightly raised handlebar along with footpegs that appear to be slightly front set. This will give the new RC a relatively relaxed posture – which could make it a bike for different ride applications as well.

This model in the spy pic features the RC390 (going by the Metzeler tyres) in closer to production form. Chances are that the 373cc motor will also go through some tweaks and we also expect a colored TFT screen for this one – similar to the 390 Duke.

This looks a definite 2021 launch candidate and in fact, this COVID disruption could have delayed a few things here and there.